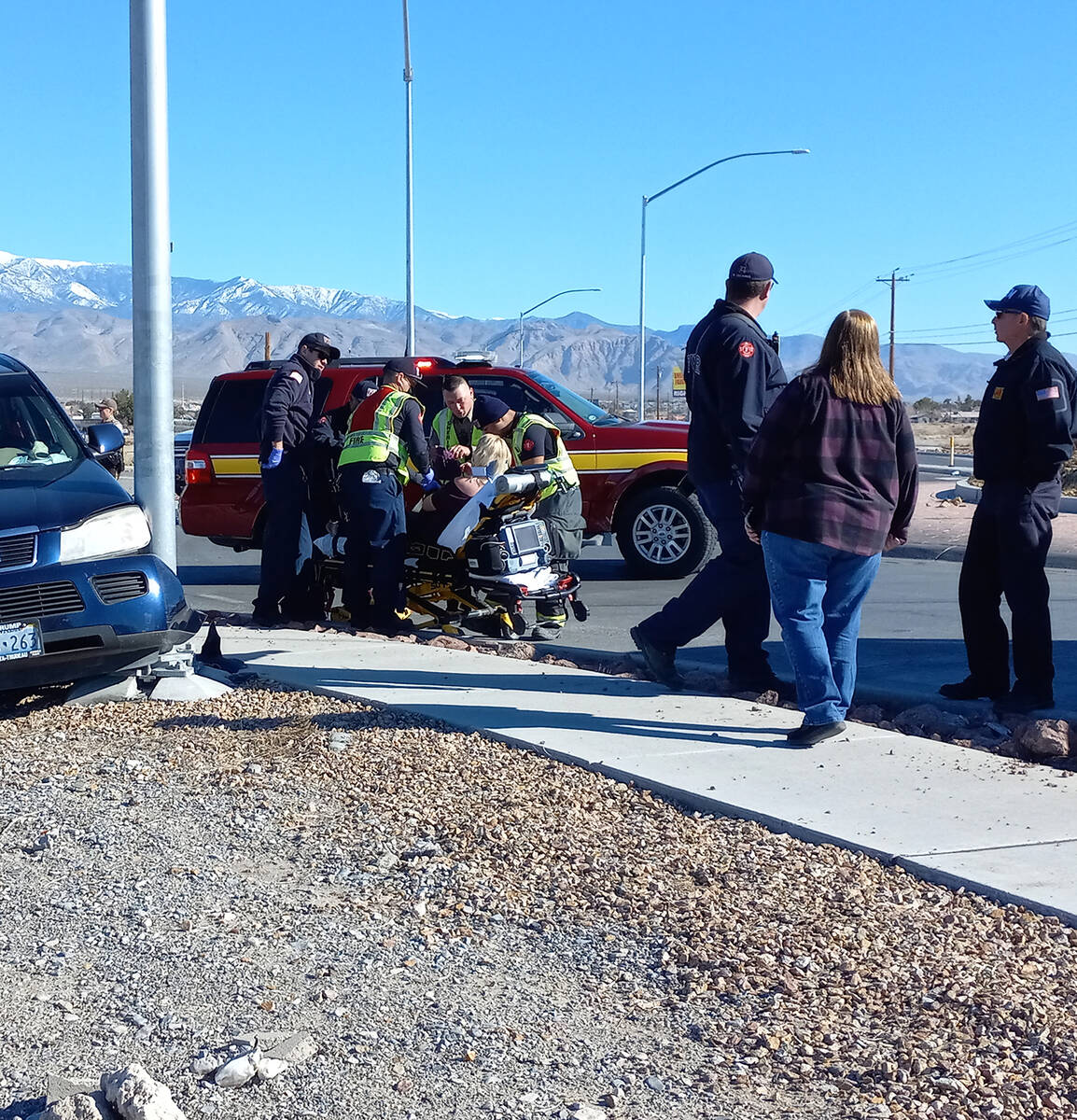 Selwyn Harris/Pahrump Valley Times A woman was transported to Desert View Hospital after striking a streetlight at the intersection of Blagg Road and Highway 372 just after noon on Thursday Jan. 6. Nye County sheriff's deputies are investigating the cause of the collision. 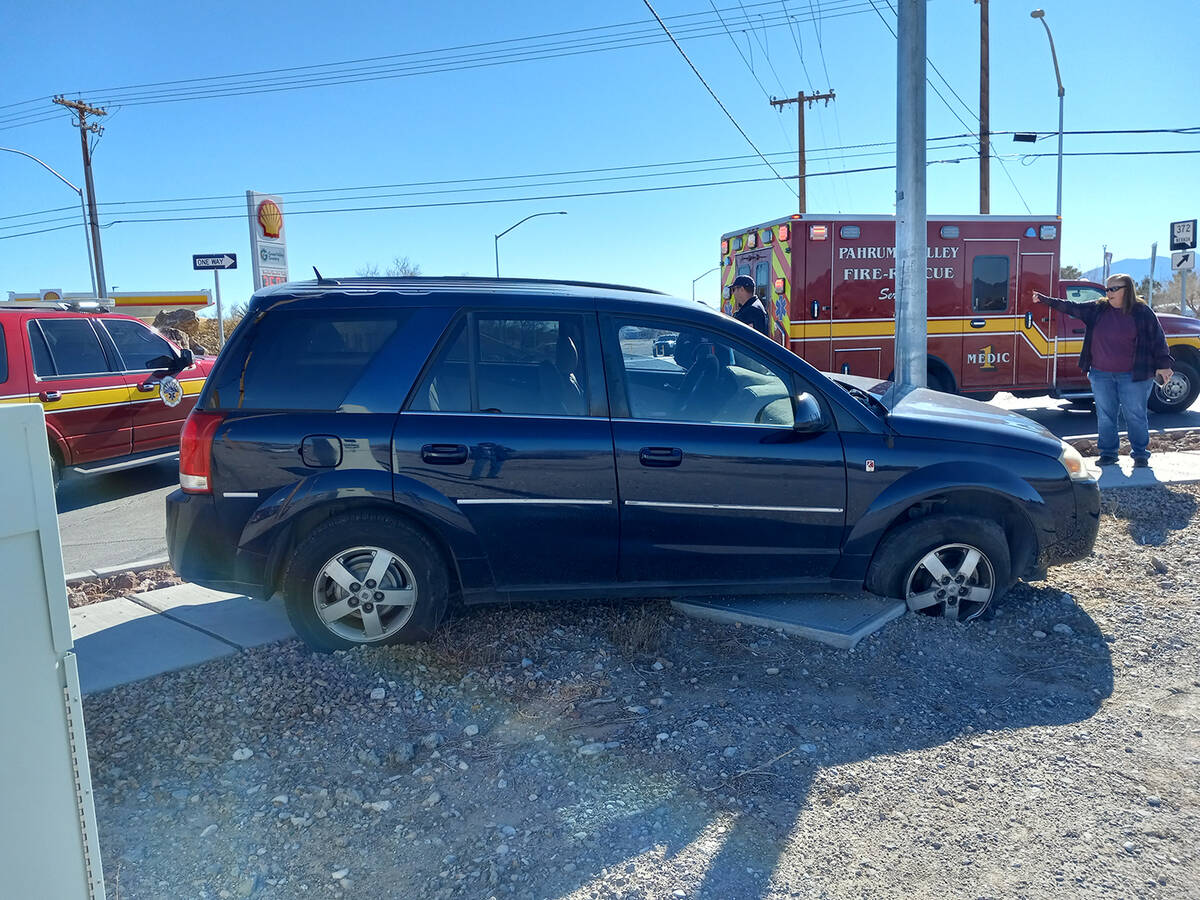 Selwyn Harris/Pahrump Valley Times The Saturn SUV sustained significant damage upon impact, as did the streetlight. A motorist who was following the driver called 911 after witnessing the collision.

One person was transported to Desert View Hospital after failing to negotiate the roundabout at Highway 372 and Blagg Road, just after noon on Thursday, Jan. 6.

“She just hit the pole, so we went through the roundabout and stopped to make sure she was OK,” Wynne said. “She looked very startled, upset and she was crying. I was really scared and nervous and I just wanted to see if she was OK. She wasn’t even going that fast.”

After assessing the driver’s condition, medics transported the driver to the hospital with undisclosed injuries.

The Nye County Sheriff’s Office is investigating the cause of the crash.