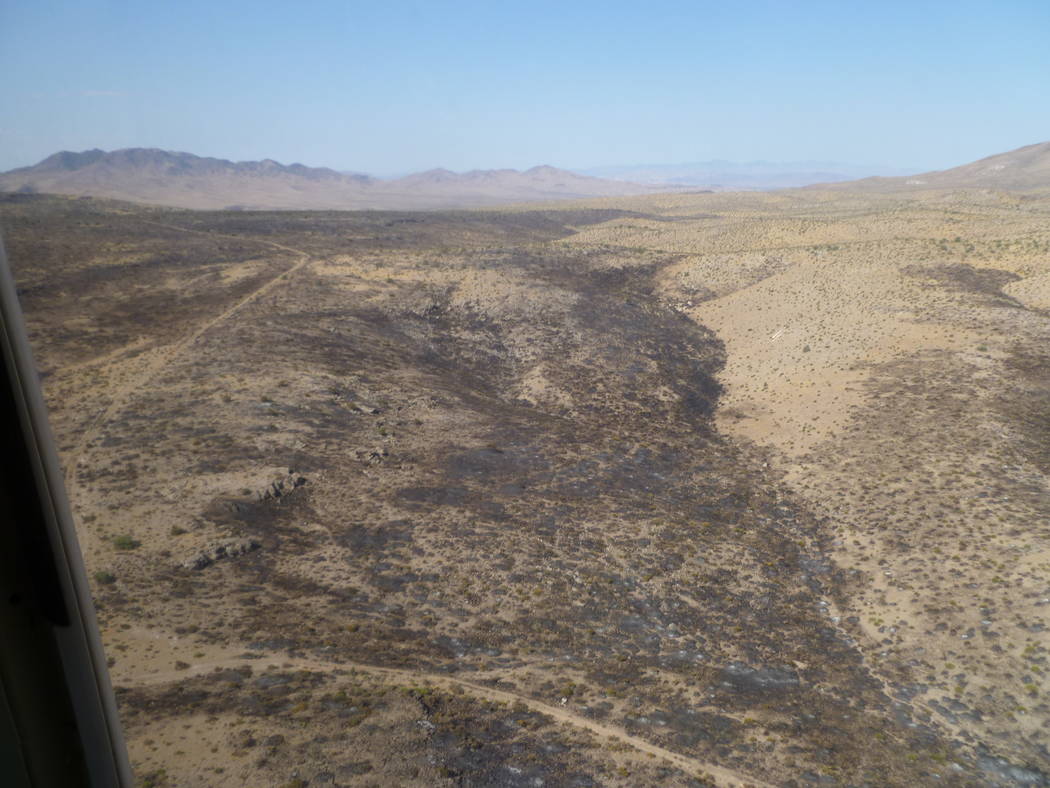 Special to the Pahrump Valley Times According to the press release, a wildfire at the Nevada National Security Site covered an estimated 2,500 acres and believed to have been sparked Monday afternoon by lightning. The fire was not considered a threat to people or structures, as it was located in a remote part of the site. 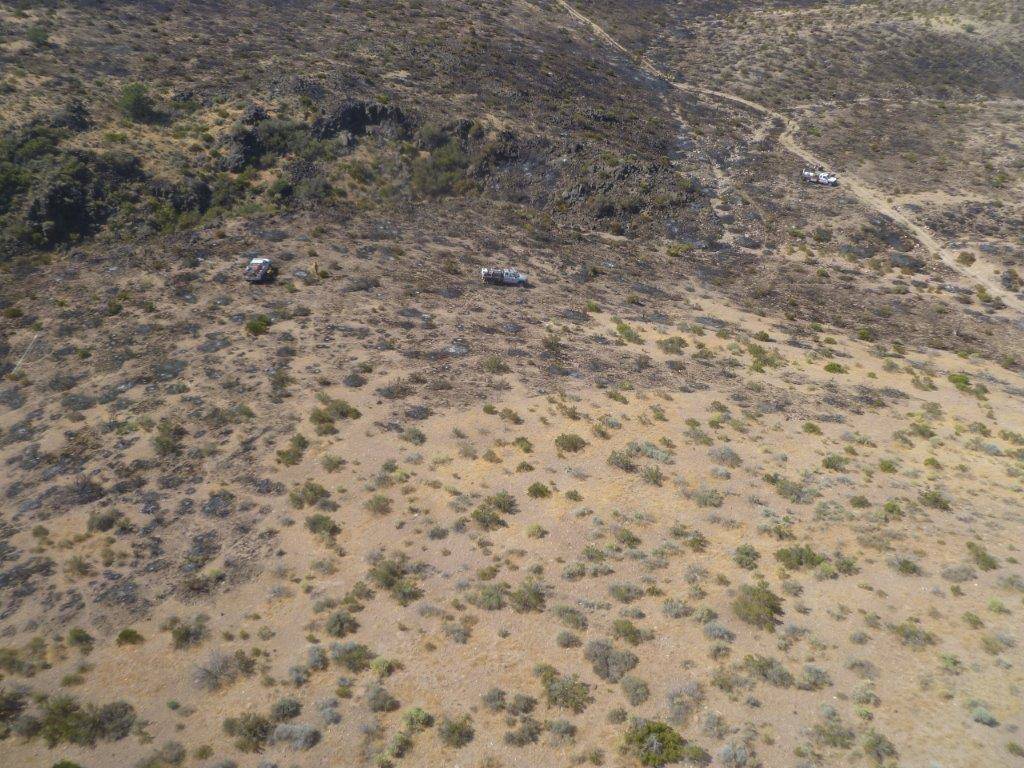 A fire on the Nevada National Security Site is tamed.

The site’s fire chief declared the fire “cold” mid-morning, Sept.4, officials said. The burn area was estimated at over 5,000 acres in size. The fire burned in cheat grass and sagebrush.

A helicopter from the site’s Remote Sensing Laboratory provided aerial surveys of the fire as well as fighting the fire from the air, according to the documents.

The wildfire originated in the western part of the site in Nye County.

According to the release, the fire was not considered a threat to people or structures, as it was located in a remote part of the site. The area burned was located in remote, rugged terrain on the west-central section of the site.

No structures or facilities were in the fire area. No radiologically contaminated areas were affected.

In their update on the fire, officials described the Nevada National Security Site’s mission and work.

The Nevada National Security Site falls under the jurisdiction of the National Nuclear Security Administration, a semi-autonomous agency within the U.S. Department of Energy.

The site’s operations are government controlled and contractor operated. They are overseen by the Energy Department’s Nevada Field Office, headquartered in North Las Vegas.