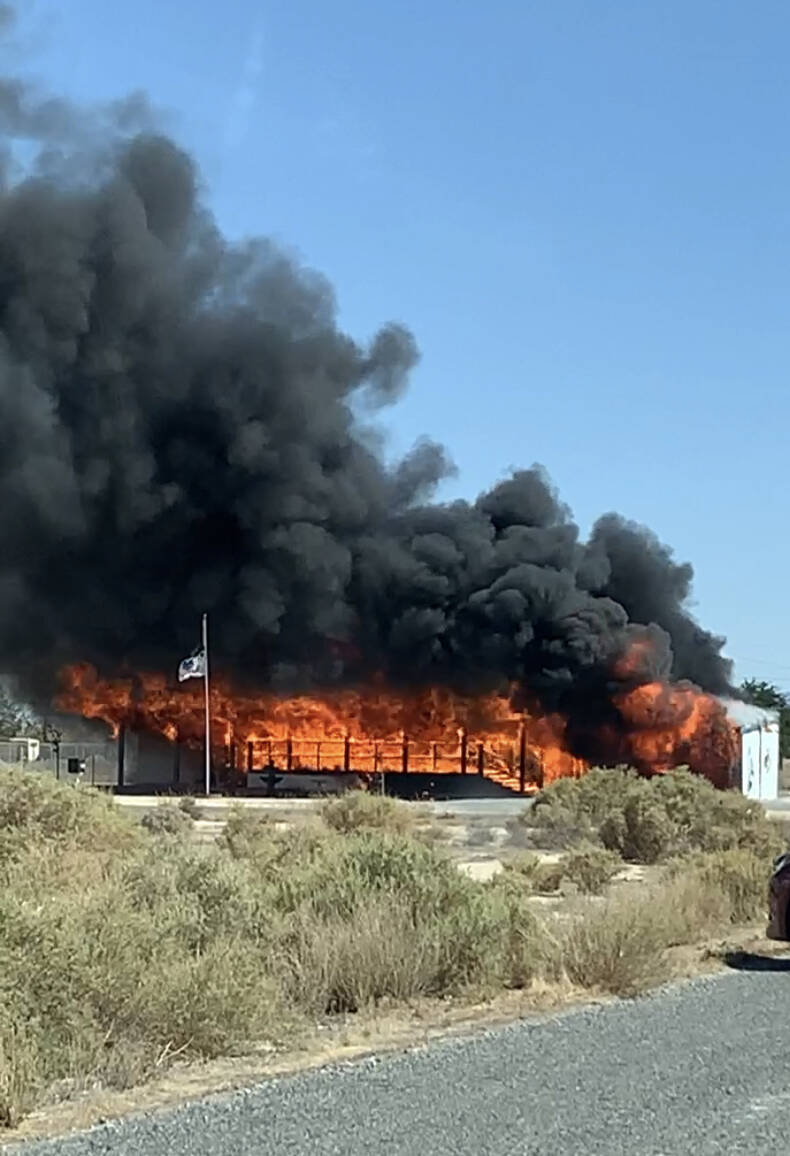 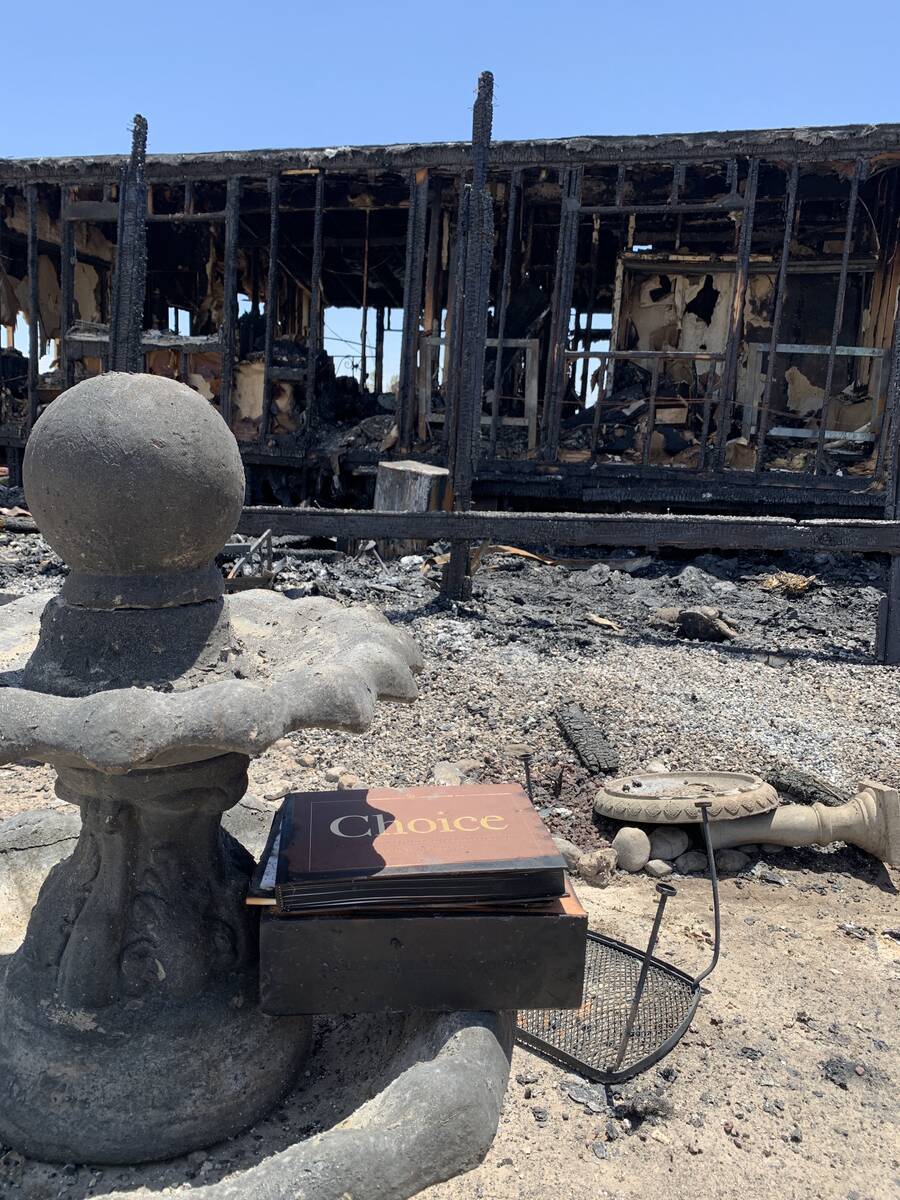 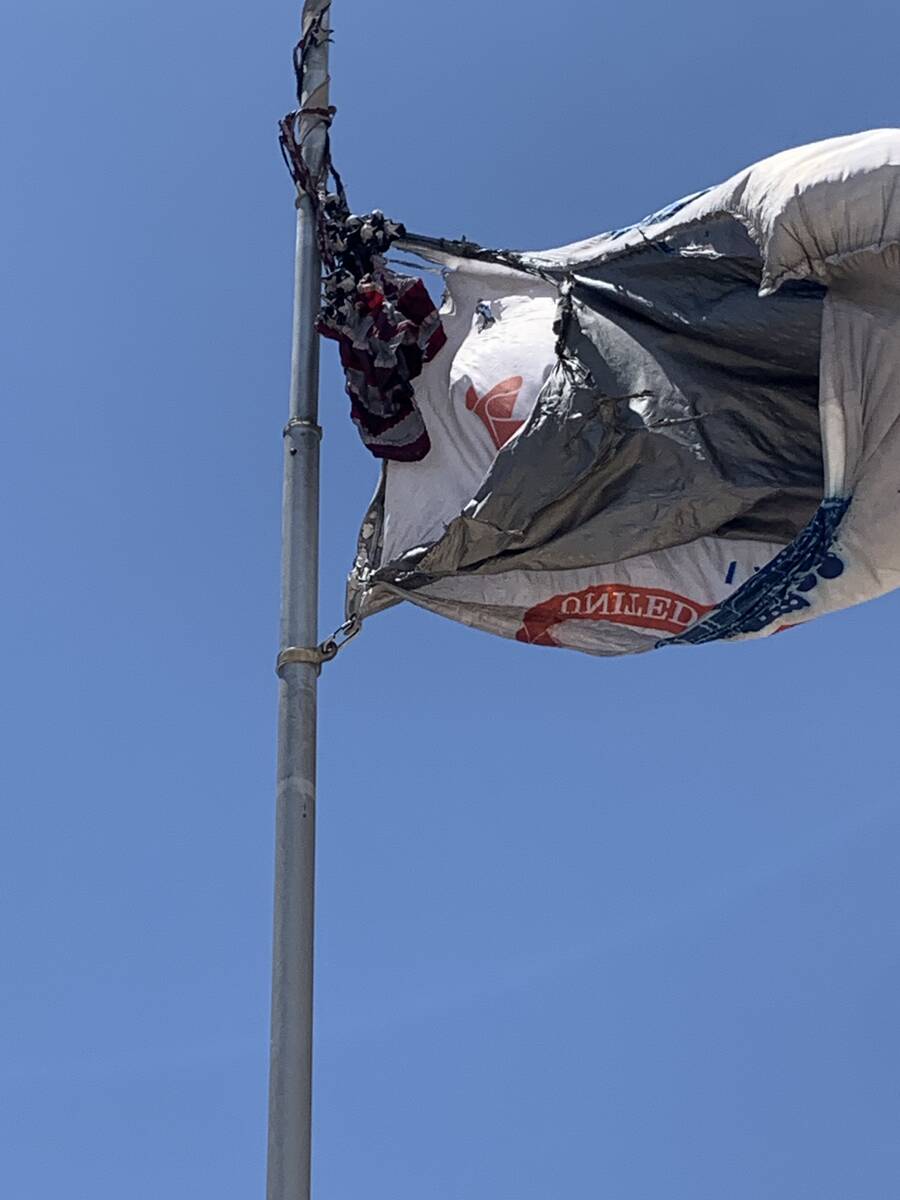 Pahrump Valley Fire and Rescue Services have battled numerous fires in dry and windy conditions this June, including a June 16 structure fire along the 900 block of West Janet Street that left one dead.

Pahrump Valley Fire and Rescue Services Chief Scott Lewis said crews arrived to find a well-involved Class A motorhome that was used as a fixed structure.

“There was extension to a mature tree line and venting propane,” he said. “As additional scene hazards were presented, crews commenced with a defensive exterior attack and quickly knocked down the main body of fire. During their primary and secondary search, the person was located within the structure who did not survive the injuries sustained from the fire. The deputy state fire marshal was assigned and the investigation was commenced by the State Fire Marshal’s Office, Pahrump Valley Fire Rescue and the Nye County Sheriff’s Office. That investigation remains ongoing.”

On Monday, June 20, fire crews were dispatched to a structure fire in the area of 1500 block of east Grainmill Road just after 2 p.m. Upon arrival, Lewis said crews found a mostly extinguished kitchen fire which was accidental in nature due to unattended cooking. The fire was held to the area above the stove. No injuries were reported.

On June 21, at approximately 4:36 a.m., crews responded a report of a structure fire along the 4600 block of East Peppertree.

“The the initial report was that an occupant had been smoking in bed and ignited material,” according to Lewis. “Crews arrived to find heavy smoke within the structure. The investigation revealed several areas of origin and a note was found, so it was therefore determined that it was an intentional act, possibly a suicide attempt. Two cats died as a result of the fire. That person was placed in the care and custody of the sheriff’s office. The deputy state fire marshal was added to the assignment.”

On the same day at approximately 1:26 p.m., fire crews were dispatched to the 2900 block of East Desert Hills Circle for a possible structure fire.

“Upon arrival, crews found an outside fire that had threatened to extend underneath the manufactured home,” Lewis said. “The fire was found to be mostly extinguished and there was no further extension, nor injuries.”

On Friday, June 24, crews were dispatched to the 3000 block of East Street where they arrived to find a well-involved small dump truck parked on the street, just before 9:30 p.m.

“Crews quickly extinguished that fire and found evidence of an intentional act,” Lewis said. “The state fire marshal was added to the assignment and the investigation remains underway and there were no injuries.”

On Saturday, June 25, fire crews responded to a motor vehicle accident involving a pedestrian along the 2500 block of East Gamebird Road at approximately 12:36 p.m., where the pedestrian was run over by a farm tractor.

“That person sustained injuries consistent with flight and was subsequently transported to Mercy Air and flown to UMC Trauma,” according to Lewis.

On the same day, fire crews responded to a report of a structure fire along the 3900 block of South Blagg Road at approximately 12:54 p.m.

“Crews arrived at the fire on kind of like a carport area that had personal property,” Lewis said. “This fire was quickly controlled and a closely placed large ground-mounted propane tank was cooled. The fire was controlled without issue and there were no injuries.”

Also on June 25, fire crews responded to a report of a vehicle fire near Wheeler Pass Road and Highway 160, where crews arrived to find an off-road motorcycle on fire. No injuries were reported. The cause of the fire is thought to be mechanical failure.

On June 26, just after 3 p.m., crews were dispatched for a structure fire in the area of Dale Way near Christopher Avenue off West Mesquite Avenue.

Upon arrival, crews found a fully-involved doublewide manufactured home with an immediate exposure to the carport.

“Crews commenced a defensive exterior attack due to venting propane and other materials,” Lewis said. “This was a high-risk fire, and the occupants were not in the residence at the time. The investigation revealed most likely an accidental ignition source at the rear of the house. There were no injuries.”

On June 27, at approximately 2 p.m., crews responded to a vehicle fire that occurred in the desert near the 400 block of North Murphy Street.

“The investigation revealed an intentional act and the fire is under investigation with the Nye County Sheriff’s Office, the Pahrump Valley Fire and Rescue Services and they’re aware we’re investigating the possibility of an injury.”

On the same day, fire crews were dispatched to the 2400 block of West Blosser Ranch Road for yet another structure fire at approximately 5 p.m.

“Upon arrival, crews found a well-involved fifth-wheel travel trailer with an immediate exposure doublewide manufactured dwelling,” Lewis said. “The fire had extended to ground cover material, where the scene hazards including venting propane and discharging ammunition. Crews commenced a defensive exterior attack and quickly knocked down that fire down with no further extension. While there were no injuries to humans, two dogs lost their lives in the fire.”