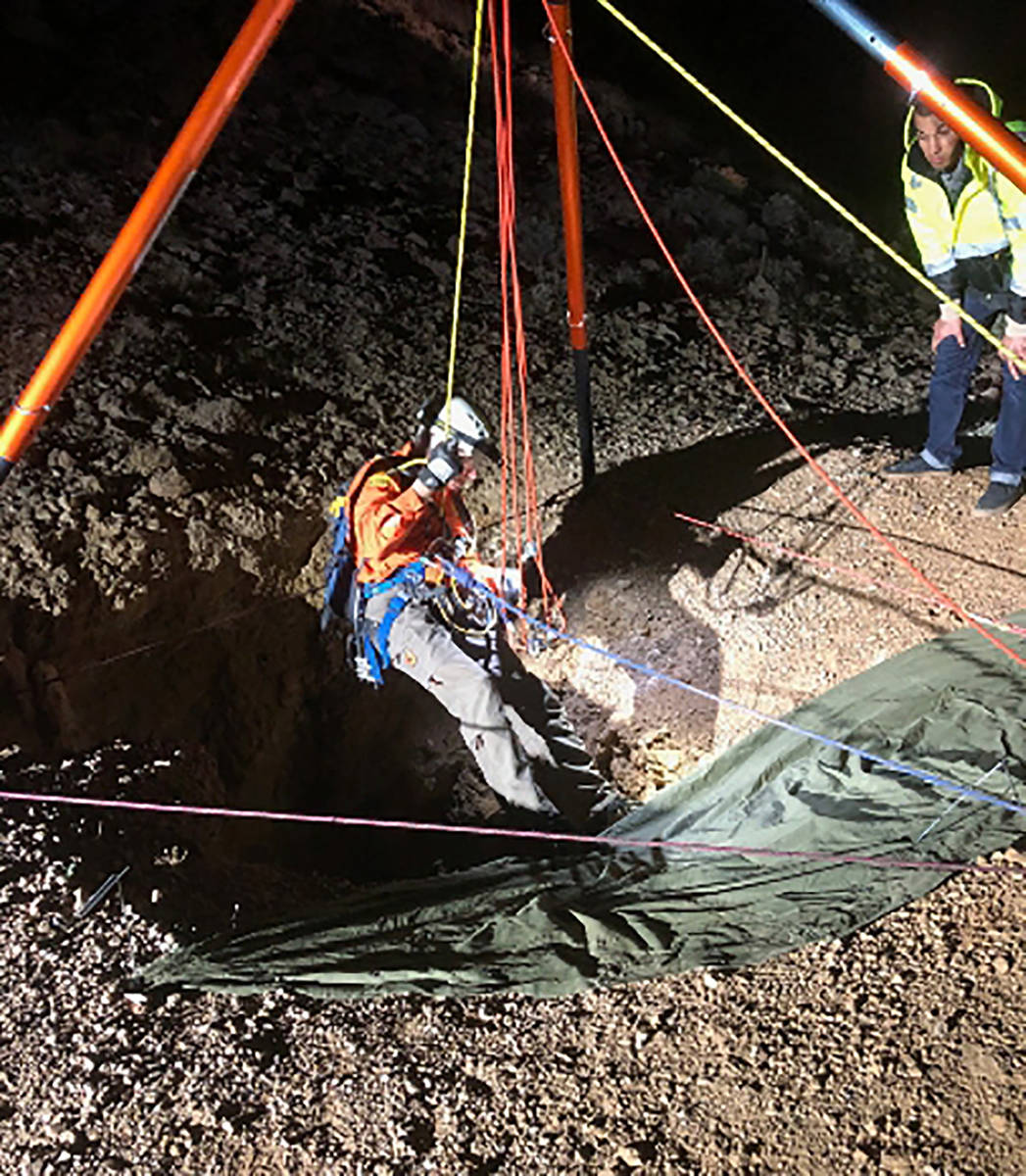 Special to the Pahrump Valley Times Search and Rescue crews were dispatched to Inyo County in the area of Tecopa at approximately 11 p.m., on Friday evening, March 20, for an elderly male who reportedly fell nearly 100 feet down a six-foot-wide mine shaft. The man was eventually located and flown to UMC Trauma. He is expected to recover.

Pahrump Valley Fire and Rescue Services Chief Scott Lewis said crews were dispatched to Inyo County in the area of Tecopa for a mutual aid assignment at approximately 11 p.m., for an elderly male who reportedly fell nearly 100 feet down the six-foot-wide shaft.

“As crews arrived, we assigned our Car-3 Medic Unit and we were going to send in our heavy rescue, but it was determined that the heavy rescue apparatus would not be able to navigate the roads leading up to the mine shaft,” Lewis said. “We worked with San Bernardino crews, who arrived approximately three hours after our arrival. Our medical crews continued the assessment of the patient and found that he was alive, but he had fallen approximately 80 feet down the mine shaft.”

Lewis also said that though crews could barely see the man, they were able to determine that he was alive, where they helped to effect the rescue with the San Bernardino crews.

It remains unclear why the unidentified man was wandering around in the area.

“He was with a small group of other men who were just out doing something in the desert,” Lewis said. “They lost track of him and then they subsequently observed his jacket, but there was a delay in getting assistance, because they didn’t know exactly where they were while calling 911.”

After locating and rescuing the man, who was flown to UMC Trauma, Lewis noted that the patient was fortunate to have survived the entire ordeal.

“The best part of it is the fact that he survived not only the fall, but he survived the amount of time that he remained in the shaft while the rescue was effected, and the amount of time waiting for San Bernardino crews for their drive time,” he noted. “But also, he made it out of Trauma within a matter of a few days. He was released this week, so it’s just a great success story.”