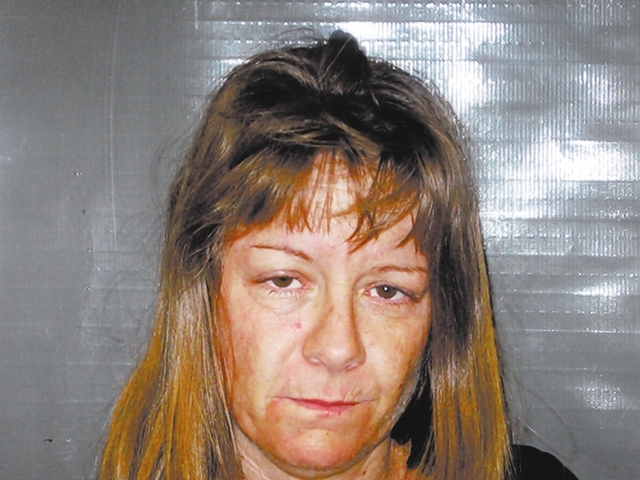 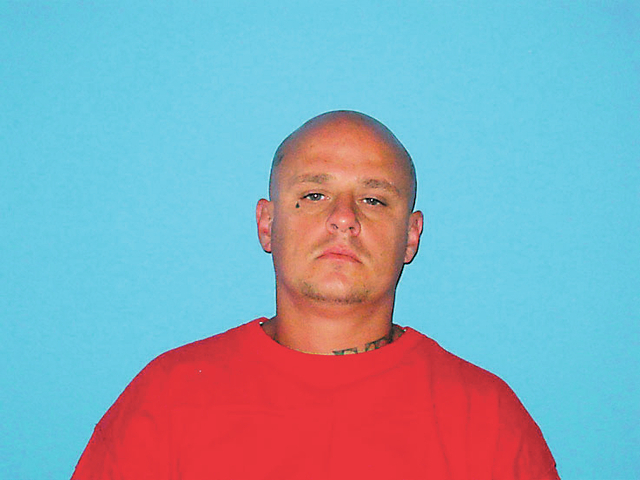 Bail has been set for two suspects arrested outside the Esmeralda County Courthouse last month after two homemade bombs were allegedly discovered in the trunk of their car.

McAnally was additionally before the court last week on a charge of possession of firearm by ex-felon.

The two suspects were first taken into custody on the charges on Sept. 17 following an early morning confrontation in Tonopah with two men that ended with their arrest in Goldfield.

According to reports, Anthony “Butch” Stone and his brother Nick Stone spotted McAnally and Leavitt driving through Tonopah around 6 a.m. and attempted to confront them about several items they believed McAnally had stolen from their family.

Anthony Stone said Leavitt then fired a shot from a rifle at his car before telling the brothers she was calling police.

Wanting to protect themselves and to keep the suspects from being able to dispose of the firearm, Anthony Stone said he too called police and followed the suspects into Esmeralda County.

After the Esmeralda County Sheriff’s Office received a report a gun had been used in the confrontation, a deputy asked to search the suspect’s car, at which time he allegedly discovered 20 to 30 sticks of loose dynamite in their vehicle as well as two homemade bombs and a .22 caliber rifle.

McAnally and Leavitt were subsequently arrested and placed on a no-bail hold until last week. During their court appearance, Justice of the Peace Juanita Colvin granted the defendants’ attorneys’ requests to set a reasonable bail.

Their bail was set at $25,000 cash or bond each with the condition that they have no further contact with explosives and that they contact their attorneys weekly.

Additionally if Leavitt wanted to post bail in the case she had to agree to submit to weekly drug tests, to continue residing with her family in North Las Vegas and not to return to central Nevada for any reason other than to make her court appearances.

McAnally and Leavitt are scheduled to be back in the Esmeralda County Justice Court on Dec. 16 for an additional hearing in the case.

One woman was taken into custody last week after she allegedly tried to bribe a Nye County sheriff’s deputy to let her brother out of custody while she was under the influence of a controlled substance in the parking lot of CCA’s Nevada Southern Correctional Center on Mesquite Avenue.

According to an arrest report in the case, on Oct. 8 around 7:38 p.m., a deputy was dispatched to the detention facility for a report of a suspicious female in the parking lot.

When he arrived, the deputy made contact with a female by the name of Luralene Hanna who was standing at the rear of her vehicle with one of the facility’s officers.

The deputy noted although Hanna did not smell of alcohol, she did appear to be under the influence of an unknown substance as she was allegedly shaking and unsteady. Additionally, the arrest report states Hanna was talking about being “focused,” and “in control,” and telling the officers that her name was God.

Hanna reportedly explained she was at the facility because it was the time and place for her brother to be released from custody. When asked to produce court papers scheduling his release, Hanna allegedly reached into her car and pulled out a Bible.

After the deputy told the woman the Bible could not release her brother from custody, she allegedly pushed a $5 bill at him and said “here!”

Hanna was subsequently placed under arrest for bribery of a peace officer and being under the influence of a controlled substance.

COPS: Man who ditched car, fled from police is arrested

On Sept. 25 around 8:12 p.m. an officer was traveling on Leslie Street when he reported seeing a vehicle leave a residence and make a U-turn at the intersection of Leslie Street and Denise Court.

The detective then began to follow the vehicle and reportedly saw it turn left onto Vondell Drive and then left again on David Street without using its turn signal or coming to a complete stop at the intersection.

When the officer attempted to pull over the driver, later identified as Donald McFadden, the man allegedly continued driving northbound on David Street at speeds of up to 65 mph and failed to come to a complete stop at yet another stop sign.

As the vehicle approached Basin Avenue, police say it attempted to make a right-hand turn and begun to spin in a clock-wise direction before coming to a stop on the north side of the road.

When the officer approached the vehicle to talk to McFadden, the man allegedly exited the car and took off running through a nearby trailer park.

After the pursuing officer lost sight of the man, another deputy assisting reportedly found the man’s sunglasses.

Officers then went back to the address they had seen McFadden leave earlier to talk to the home’s occupants.

A woman who answered the door allegedly told officers McFadden had left there a short time prior to their arrival and that he was wearing a red shirt and black shorts, just like the man who got out of the vehicle and fled from police.

Deputies were able to locate McFadden on Oct. 10 and arrested him on charges of driver disobey peace officer, reckless driving, suspended vehicle registration, failure to yield and two counts of position method of stop at stop sign.