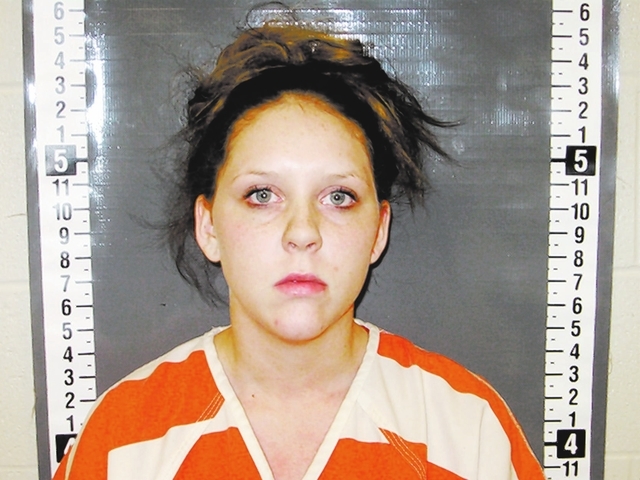 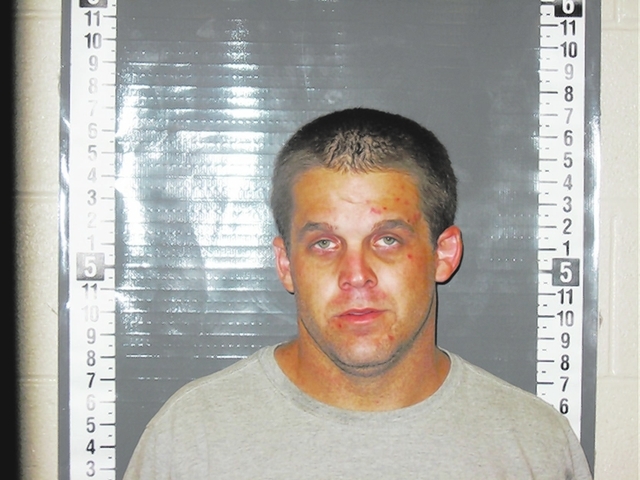 One woman was arrested after police allegedly discovered heroin inside the home she, her boyfriend and their two children share on Cajon Lane.

On Nov. 15, a search warrant was granted for a home in the 6200 block of Cajon Lane after police received information that the residents at that address had possibly been selling and using heroin.

When deputies arrived at the home around 5:15 p.m. to serve the search warrant, the only people home were Brittany Pryor and her 1-year-old and 3-year-old daughters.

After police entered the residence, they allegedly discovered three grams of heroin, three capsules of ecstasy and drug paraphernalia inside. Additionally, police reported finding a hypodermic needle underneath a dresser in the children’s room and more than $1,000 cash, some of which had been hidden in the air vent in the children’s room as well.

The arrest report also notes the 1-year-old child in the home was able to locate some unsecured heroin in the home during this time, which she then put in her mouth. Her grandparents, who had arrived at the home to take the children, were luckily able to remove the narcotic from her before she swallowed it.

Pryor’s mother reportedly told police she was glad they were there because she wanted her daughter to get clean and sober.

COPS: Man involved in hit and run turns himself in

Police arrested one man in connection with a hit and run incident that occurred on the south end of town last week after he turned himself in to a deputy investigating an unrelated incident at Walmart.

According to a declaration of arrest in the case, on Nov. 15 a deputy responded to a report that the driver of a vehicle that had struck another vehicle near the intersection of Quarterhorse Avenue and Kellogg Road had taken off before police arrived on scene.

The reporting party, and owner of the vehicle the suspect struck, reportedly told the officer the other driver, later identified as Daniel Burrows, nearly ran him over while he was standing next to his vehicle after the collision.

The reporting party said he attempted to follow Burrows, but lost track of him after he fled his vehicle on foot.

Several days later, Burrows reportedly approached a deputy investigating an unrelated petit larceny case at Walmart to turn himself in.

He was subsequently placed under arrest and transported to the local jail to be booked into custody on charges of assault with a deadly weapon and being under the influence of a controlled substance.

Nye County Sheriff’s deputies arrested seven individuals this week after they allegedly discovered them to be under the influence of various illegal substances when they arrived at a home in the 800 block of Bolling Street to investigate a report of a stolen vehicle.

According to a declaration of arrest in the case, Tuesday evening police received a tip that the suspect in a stolen vehicle case by the name of Freddie Olivera was staying at a Bolling Street residence.

When officers tried to speak with Olivera, they reported a strong odor of marijuana emanating from the trailer home. Police then knocked on the door and a woman named Amber Stout answered before voluntarily coming outside to speak with the officers.

Inside the residence, police could allegedly see three other individuals, later identified as Tryggve Bornick, Clayton Walker and Michele Schulz. They also asked those individuals to come outside.

Olivera then allegedly exited a bedroom in the trailer and began yelling at the officers that they couldn’t enter his home without a warrant, before disappearing back into the bedroom, where police then reported hearing a commotion.

Police then entered the home and arrested Olivera, at which time they came into contact with two other individuals, later identified as Dominique Colon and Jesse Alvineda.

After being read their rights, several of the individuals were subsequently placed under arrest and transported to the Nye County Detention Center to be booked into custody.

When officers attempted to talk to Olivera, he was allegedly uncooperative. According to his arrest report, he attempted to lecture police about what he thought the law was when asked about drug use.

He then allegedly told officers he lived with the victim in the car theft case, but that they couldn’t arrest him for stealing it because “I had the keys and you can’t charge me if I had the keys.”

Olivera was subsequently placed under arrest and transported to the NCDC to be booked into custody.