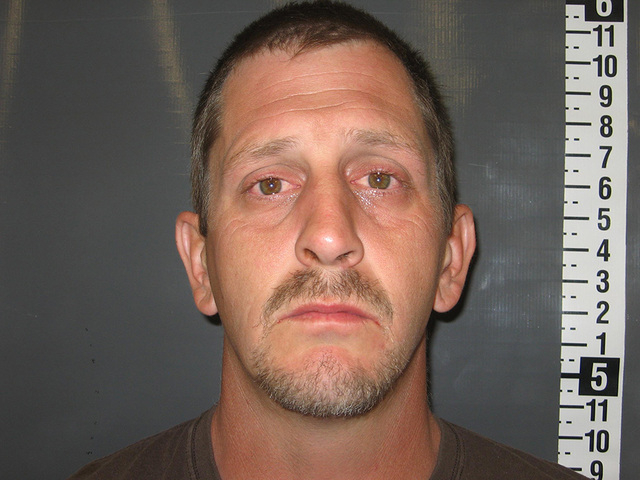 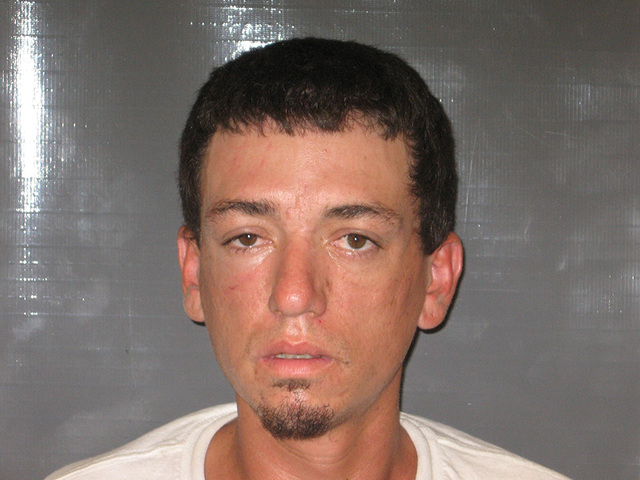 A man was allegedly caught attempting to smuggle prescription medication into the Nye County Detention Center last week after police found them taped to his buttocks.

According to a declaration of arrest in the case, on May 23, two officers with the Nye County Sheriff’s Office entered the local jail with inmate Joseph D. Erickson, who was supposed to be checking himself in to serve a 48-hour commitment.

The officers explained to deputies at the jail that they had received information that Erickson had been smuggling narcotics into the facility when he arrived to serve his 48-hour commitments.

A sergeant on scene questioned Erickson about the allegation and according to an arrest report, Erickson allegedly admitted he had prescription medication taped to his buttocks.

Two deputies then searched Erickson as he was booked into the facility to serve his time, and allegedly found what appeared to be two rubber fingertips cut from a latex glove taped to Erickson’s body. Inside the make-shift containers they said they found a total of 23 pills – four Oxycodone pills, two Hydrocodone pills, three Clonazepam pills, three green Alprazolam pills and 11 blue Alprazolam pills.

Erickson was then booked into the detention center on an additional five charges of possession of a controlled substance.

Police took one man into custody over the weekend after he allegedly called 911 to report his truck had been stolen, 20 minutes after officers say he fled the scene of an accident at the intersection of Thousandaire Boulevard and Money Street.

On Saturday at approximately 10: 22 p.m. deputies were dispatched for a report of a traffic accident.

The reporting party allegedly told police that a man driving a white Dodge Durango, later identified as Ronald Solis, had hit them before getting out of his vehicle to yell at them. They said Solis then got back into his truck and drove away.

A little over 20 minutes later, the suspect allegedly called 911 to report that his truck had been stolen. Police said Solis told dispatch he was at Paddy’s Pub and had received a phone call from an unknown person stating his vehicle had been taken.

When an officer arrived at the pub to meet with Solis, an arrest report noted Solis appeared to be highly intoxicated. The officer also noted it appeared Solis had abrasions on his face as well.

The deputy asked Solis to show him the number he said called him about his truck, and noticed there did not appear to be any incoming calls from any unknown numbers in the phone’s call history.

Another deputy then arrived on scene and took a photograph of Solis to show to the other people involved in the earlier accident. According to a declaration of arrest in the case, they told police the man in the photo was the driver of the vehicle that had struck them.

Solis allegedly continued to tell police that his truck had been stolen and that he had not driven it all day.

He was then placed under arrest and transported to the Nye County Detention Center to be booked into custody. Once there, Solis reportedly collapsed onto the floor and was subsequently rushed to the local hospital to be examined.

While there Solis allegedly became upset with a deputy on scene when he was advised because of his level of intoxication he would not be allowed to walk to the restroom and would instead have to use a bedpan if he needed to go.

The arrest report stated Solis then threw the bedpan on the floor. When the deputy picked it up and placed it back on the bed, Solis allegedly hurled it at the deputy, striking him in the head.

After Solis had been cleared from the hospital, he was transported back to the local jail where he was booked into custody on charges of failure to stop at scene of accident, duty to provide information at scene of accident, false filing of a police report, battery on a police officer and unlawful use of 911.