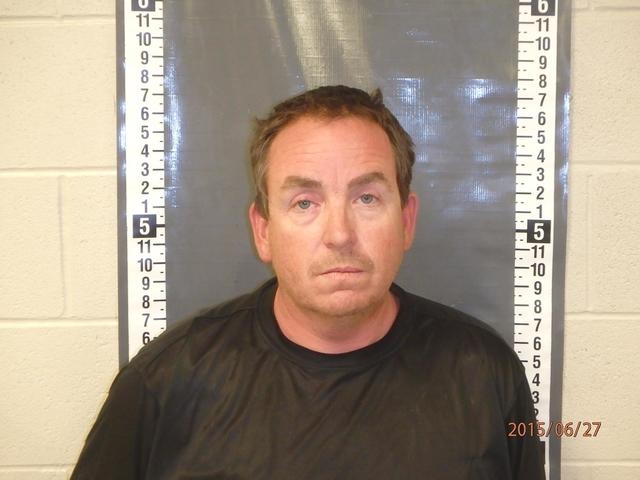 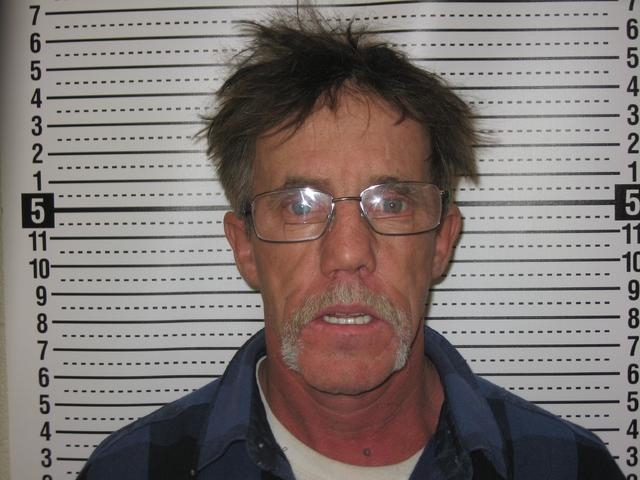 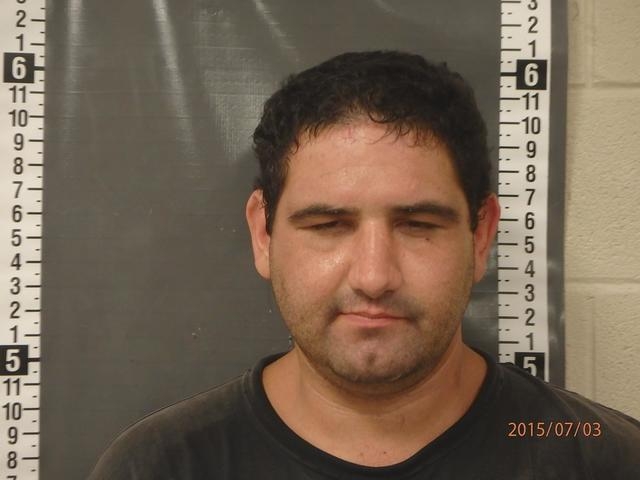 Kenneth A. Osborne, Jr., was arrested on June 27 and faces preliminary charges of discharge a weapon where person is endangered, assault with a deadly weapon, first degree child endangerment, attempt to injure property, possession of drug paraphernalia and concealing evidence after deputies with the Nye County Sheriff’s Office were dispatched to a report of a suspected drunk driver in the area of Blagg Road and Mesquite Avenue.

As deputies were attempting to locate the suspected drunk driver, dispatch reportedly advised that the reporting parties allegedly heard and saw gunshots coming from their next door neighbor’s property. The neighbor was subsequently identified as Osborne.

When deputies made contact with Osborne, he reportedly denied firing any weapon and said he also heard a gunshot. Osborne claimed that the reporting family was the one who shot the weapon.

Deputies learned from the reporting parties that they had video which reportedly showed Osborne driving erratically on his property, pulling up to the fence line, getting out of his vehicle and then a flash from what appeared to be a weapon.

When a detective confronted Osborne about what appeared to be a flash from a gun on the video, he continually interrupted the detective and denied that he caused the flash seen on the video.

Deputies and detectives noted in the arrest report that Osborne had become uncooperative and was detained for their safety.

Osborne denied having a weapon on his property and had given deputies consent to search for the weapon which they did not recover. Deputies did recover suspected drug paraphernalia in the garage with suspected marijuana residue.

As detectives placed Osborne in the back of the patrol vehicle, he reportedly knocked the back window off the track but the deputy was able to fix it.

Osborne was transported to the Nye County Detention Center, booked on above charges and held on $14,691 bond.

Terry Dean Cox was arrested on June 29 and faces preliminary charges of burglary, resisting arrest and intimidate a witness after deputies responded to a report about a suspected burglary at an address on West Dyer Road.

When deputies made contact with Cox during a traffic stop, he reportedly exited his vehicle and, according to the arrest report, took up a defensive position at the rear of his vehicle.

When deputies attempted to handcuff Cox, he reportedly attempted to kick deputies but was unable to do so due to his level of suspected intoxication.

Cox was transported to the jail, booked on above charges and held on $10,640 bond.

Michael Edward Silveira was arrested on July 3 and faces preliminary charges of take/possess vehicle without owner’s consent, burglary and two counts of possession of a controlled substance after deputies were dispatched to a call for service at a residence on Norway Drive.

When deputies made contact with the reporting person, she said that she had been recently discharged from the hospital and arrived at her home to discover that the front gate was locked with a chain and two padlocks. The victim also said that one of her vehicles was missing and she had not given permission to anyone to take her vehicles or be on her property.

As deputies were speaking with the victim, they noticed a vehicle matching the victim’s description of her missing car, pull into the property.

The driver, identified as Silveira, was subsequently placed under arrest. While deputies searched Silveira, they reportedly found a small baggy of suspected marijuana and a larger bag of suspected methamphetamine.

When deputies asked Silveira why he was in the victim’s vehicle, he reportedly said that she let him drive it and that the victim had also been allowing him to stay on her property.

When questioned about the suspected methamphetamine found in his pocket, Silveira told deputies that the victim placed it in his pocket.

As deputies made entry into the victim’s residence, she reportedly said that things had been moved around and deputies also found some pills and several pipes with a white powder residue.

Silveira was transported to the jail and booked and held on $17,500 bond.