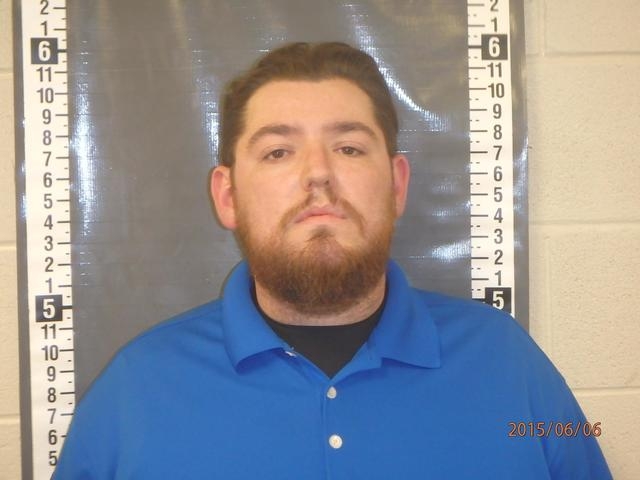 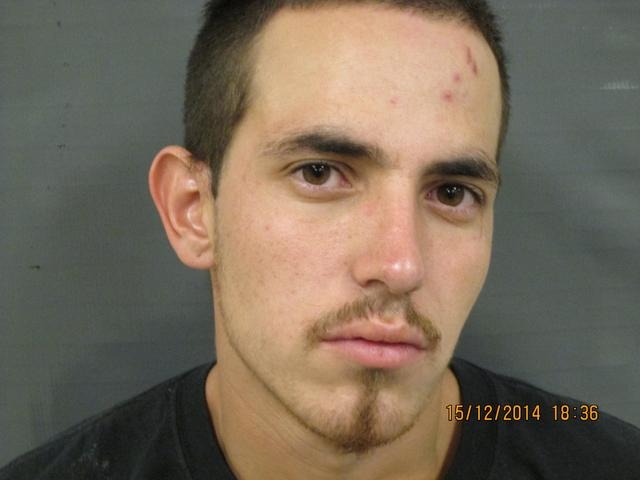 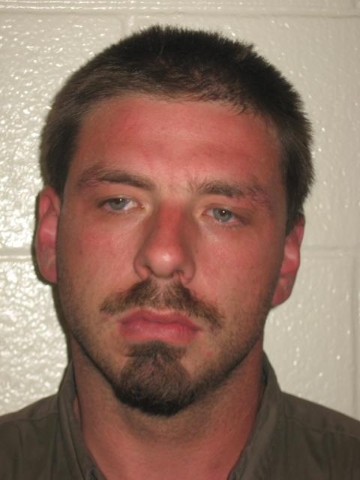 Jon Foland was jailed on June 6 and faces preliminary charges of domestic battery by strangulation and false imprisonment after a female made a complaint at the Nye County Sheriff’s Office.

The female, subsequently identified as the victim, reportedly told deputies that she had been involved in a domestic violence on June 5 at a house on Mt. Charleston Drive and was there to complete her statement. The victim explained that her husband, subsequently identified as Foland, was not placed under arrest during initial contact with deputies and, according to her, the three witnesses in the home were not interviewed.

As deputies spoke to the victim she reportedly said that she and her husband had been arguing about him, “smoking weed.” She said she went into the bathroom to get away from him but he followed her, yelling, “Look at me when I’m talking to you.”

The victim reportedly said that Foland then grabbed her by her arms and dragged her into the bedroom and attempted to put her over his shoulders but he stopped when he heard the children attempting to break through the door in an effort to stop the incident.

According to the arrest report, the victim described how Foland had allegedly sat on top of her and began choking her with both hands and she estimated that it lasted about 10 seconds and her vision was blurry for a short period of time.

When deputies made contact with the two witnesses, they reportedly said they could hear the commotion from the living room as well as the victim yelling, at one point, “Get off me!” The witnesses said that a friend of Foland’s tried to stop the assault but was unable to break into the bedroom and Foland eventually left the residence, according to the victim and witnesses.

During a recorded interview with Foland, he reportedly admitted to, “dragging her by the arm into the next room,” and “being on top of her,” but denied there was any choking involved.

Foland was arrested and transported to the Nye County Detention Center, booked and held on $7,500 bond.

Christopher Salcido was jailed on June 8 and faces preliminary charges of domestic battery and false imprisonment after deputies with the Nye County Sheriff’s Office were dispatched to a report of a domestic violence call at a residence on Linda Street.

On June 7, deputies made contact with the victim’s mother, she reportedly said that the suspect, identified as Salcido, had shoved her pregnant daughter and pushed her backwards. The mother said that Salcido left the residence but subsequently returned with a ball bat and allegedly threatened to kill the victim, the baby and Hamburg.

When deputies spoke with the victim, she reportedly said that Salcido shoved her in the stomach with his hands and then left but returned while the victim and her mother were in the backyard. The victim said that when Salcido returned, he allegedly struck her in the face and threatened to kill her, Hamburg and the baby.

Deputies noted in the arrest report that they observed the victim’s stomach and face areas had some discoloration.

Deputies noted that Salcido has three prior convictions from January 2015, one being a conviction for domestic battery with strangulation.

When deputies arrived, they made contact with the victim, who reportedly stated that Salcido was her boyfriend and that he had allegedly beat her up on June 7 but left before deputies arrived. The victim explained that Salcido grabbed her by the arms during that incident and refused to let her leave. The victim said when she was able to get away from Salcido he allegedly grabbed a knife off the table next to the bed and told her he would cut himself if she did not stay with him.

Deputies confirmed that Salcido was treated for a cut on his arm. Salcido was transported to the jail and booked and held on $16,000 bond.

Deputies were dispatched to a report of a man allegedly beating on the windows and doors of a residence on Golden Mountain in Tonopah at approximately 7:20 a.m. When deputies arrived they made contact with a man who was sitting on the front steps of the residence. The man was subsequently identified as Fowler.

When questioned about why he was there Fowler reportedly said he was following up on a bug problem. As deputies were speaking with Fowler, the resident confirmed to deputies that Fowler was there for a follow-up. Deputies then told Fowler he was free to leave.

A short time later, deputies were told to return to the residence and walk around it to look for drugs that may have been hidden outside the home.

Deputies found a cardboard box with a set of digital scales, a glass pipe and a bag of white crystalline substance inside the box. While the deputies were at the residence, the owner reportedly told them she had three messages from Fowler about the box that he left.

On the same day, at approximately 7:30 p.m., deputies served a search warrant on a residence on Mizpah Circle which is listed as Fowler’s address.

During the search, deputies reportedly found numerous items commonly used to hide or ingest illegal substances. As deputies searched they also found a clear plastic tube with a crystal substance inside.

Fowler was subsequently arrested and transported to the jail and booked and held on $22,000 bond.