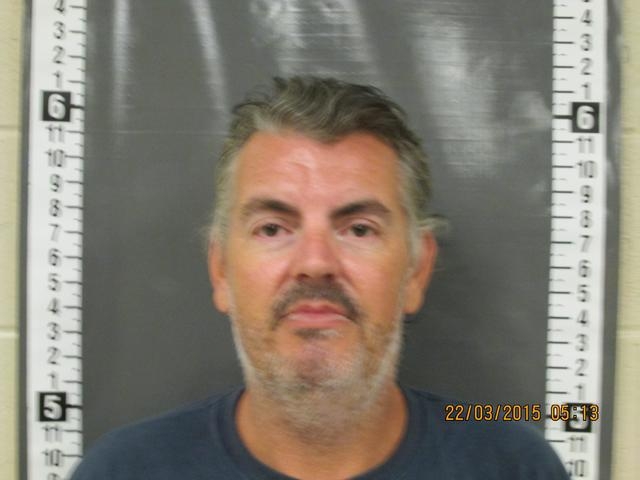 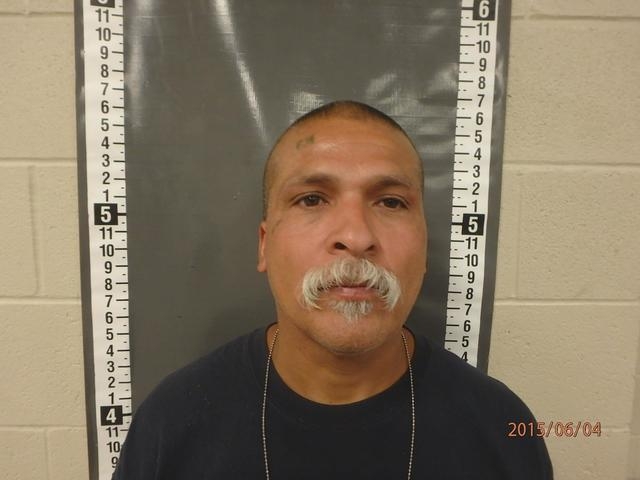 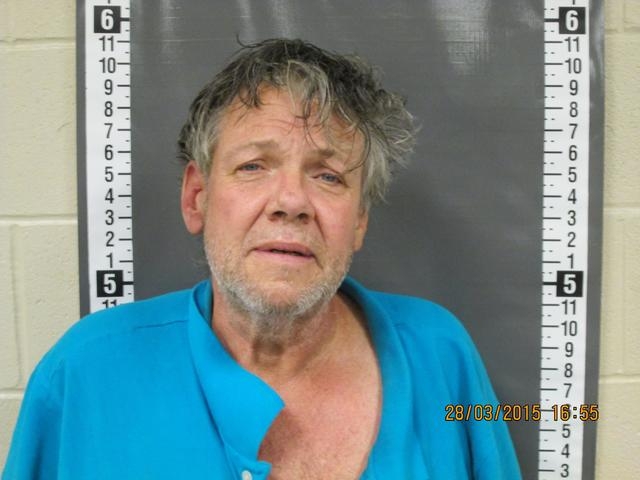 Eric Daniel Ray Alvarez was charged with domestic battery on Oct. 25 after police were called to a local address on West Sagehen regarding a disconnected 9-1-1 call.

Nye County Sheriff’s deputies made contact with Alvarez and inquired about the suspected disconnected 9-1-1 call and he reportedly told them there was no problem.

As police were speaking to Alvarez, who stated he was intoxicated, they noticed a female exiting the residence with a minor child. The female had two large bumps on her face, according to a police report. When police questioned Alvarez about the suspicious markings on the female, he reportedly told them that the female victim was taking prescription medication and they had a verbal altercation and she picked up a copper vase and smacked herself in the head several times.

When the female victim was questioned, she reportedly confirmed the verbal altercation, and said it escalated and Alvarez slammed her against the living room wall and then punched her several times in the face. The female victim said the altercation happened several hours prior to police arriving.

Alvarez was arrested and transported to the Nye County Detention Center.

Man jailed after attempting to run from police

Xavier Zarate was arrested and charged with several traffic violations after he attempted to outrun police on a motorcycle as they attempted to pull him over on Oct. 25 at the intersection of Manse Road and Pahrump Valley Boulevard.

Police noticed the motorcycle that Zarate was driving had no brake lights and an expired registration.

According to a police report, Zarate was reportedly driving recklessly and at times, reaching speeds in excess of 60 miles per hour in a posted 45 mile per hour zone.

Zarate was felony stopped at the intersection of Brian and Elizabeth roads after a brief chase, and taken into custody.

During a search incident to arrest, police found a glass pipe with burn marks on it in his pants pocket. When questioned about why he did not stop, Zarate reportedly said he thought he had warrants out of Arizona.

Zarate could not provide current vehicle insurance or registration and a subsequent records check found that Zarate had a revoked driver’s license out of California.

Zarate was booked into the Nye County Detention Center.

Jon Stevens was arrested Friday and charged with driving under the influence – first offense, after police were dispatched to a single vehicle accident on Highway 160 and Gamebird Road.

Additional charges of possession of a hypodermic device, fail to maintain lane with accident and driving with a revoked license were later added.

According to the police report, a green colored Mercury Grand Marquis was the only vehicle involved and appeared to have spun sideways off the road and struck a reflective sign.

Police made contact with Stevens and reportedly smelled the odor of an unknown intoxicating liquor emanating from his breath. When questioned, Stevens reportedly said he had been drinking on Thursday night and went to bed at approximately 6 a.m. Friday morning. Stevens said he woke a short time later, consumed more alcohol and got into his vehicle to drive to Las Vegas.

Police noted his eyes were constricted and upon being searched, police found an uncapped needle in Stevens’ pants pocket. He reportedly admitted to having a problem with heroin. When questioned about the needle, Stevens reportedly told police he last used heroin, “about five minutes to a long time ago.”

After performing unsatisfactorily with the field sobriety tests and learning that Stevens’ license was revoked, he was booked into the Nye County Detention Center. Police subsequently learned he had several warrants out of Clark County.