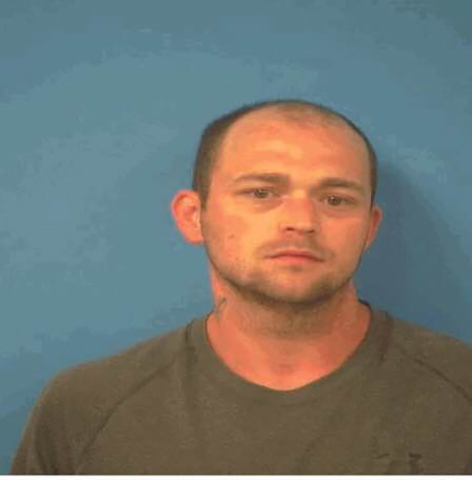 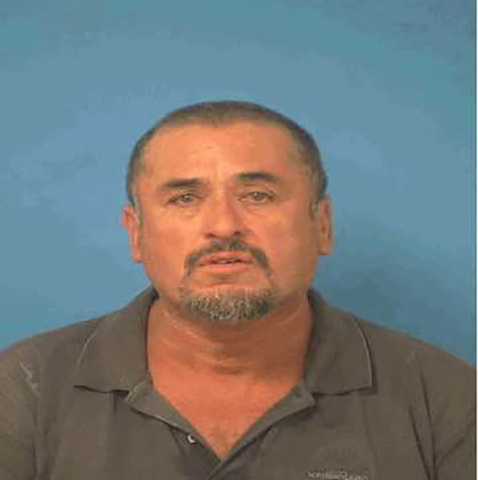 A Pahrump man was arrested last week after an incident revolving around a suspected robbery incident yielded multiple felony charges.

Christian L. Lander, 29, was taken into custody by the Nye County Sheriff’s Office on Sept. 2 and charged with preliminary counts of assault with a deadly weapon, robbery with a deadly weapon, discharge a firearm where a person might be endangered, grand larceny of auto, trafficking a controlled substance between 12 and 28 grams and being under the influence of a controlled substance, among other charges.

Sheriff’s deputies were sent to an area near the 1300 block of E. Carson Street about a robbery in progress.

Dispatch alerted the responding deputy that the suspect fled the scene in the victim’s stolen 2002 green Volkswagen Beetle.

A sheriff’s deputy located the vehicle on Highway 160 and Manse Road where he conducted a felony traffic stop. The deputy stated that he saw an unknown item thrown from the vehicle before the stop.

The male identified himself as Lander, and the deputy noticed Lander’s speech slurred, his pupils were dilated, and he had issues with dry mouth, according to the arrest report. The deputy said through his training that he suspected Landers to be under the influence of a controlled substance.

When questioned, Lander, who was identified as “Robert” in the arrest report, admitted that he had used methamphetamine earlier that day. Deputies then discovered a backpack allegedly thrown from the vehicle, which Lander confirmed was his and that it had a bag of marijuana inside, police said.

Deputies later found that the backpack had 26 grams of presumptive methamphetamine and a 9mm handgun.

When deputies went back to the area where the crime took place, the victim told them that she went outside to smoke. Lander came out with a gun and said, “I’m not f—king around,” and allegedly demanded the keys to her car and fired a shot into the air, the arrest report said.

The victim stated that she was scared, so she handed her keys over to Lander. The sheriff’s office did recover a 9mm casing at the scene.

Lander was arrested and transported to the Nye County Detention Center where he gave a voluntary urine sample, which tested presumptive positive for methamphetamine. He was booked on the seven preliminary charges and is being held on $112,500 bond.

A Pahrump man was arrested last week after he allegedly tried to run a man over in his vehicle.

Juan Ramon Quezada was arrested by the Nye County Sheriff’s Office Aug. 31 on a preliminary felony charge of assault with a deadly weapon, and reckless driving with disregard for a person’s safety.

Sheriff’s deputies were dispatched to the 100 block of East Wilson Road about an assault with a deadly weapon incident.

Upon arrival at the scene, the deputy came into contact with a female who stated that a man she was with went outside to get the mail when she observed a silver vehicle barrel off the pavement, sending dirt around 20 feet in the air, the arrest report stated.

The woman said that the vehicle was facing westbound on Wilson Road, parked on the south side of the dirt shoulder. The woman reported that the vehicle narrowly missed the male victim getting the mail and got back onto the paved road, fleeing the scene.

The woman identified the vehicle as belonging to the daughter of Quezada, the arrest report stated.

The woman showed the deputy alleged texts between her and Quezada’s daughter, where she admitted that he had her vehicle, but did not know where he was at that time.

The male victim was able to describe exactly how the alleged incident took place, and the deputy did see tire tracks that came from the opposite side of the road, continuing to the mailbox then back onto the pavement, the arrest report stated.

The deputy then headed over to the suspect’s daughter’s home and discovered a silver vehicle leaving the residence. The female adult inside the vehicle identified herself as Quezada’s wife and stated she was on her way to pick her husband up at Two Brothers Junkyard.

Quezada’s daughter then again confirmed to the deputy that he had her car at that time.

A pair of sheriff’s deputies followed the vehicle with Quezada’s wife inside to the junkyard where they discovered him sitting on the front steps of the business.

When questioned, Quezada explained that he did, in fact, have his daughter’s vehicle and was in the area of Wilson Road the day prior. He said that he sold a washer and dryer to the neighbor and went to collect the money, but the resident was not home.

Quezada was arrested and transported to the Nye County Detention Center and booked on the pair of charge, and held on $6,500 bond.