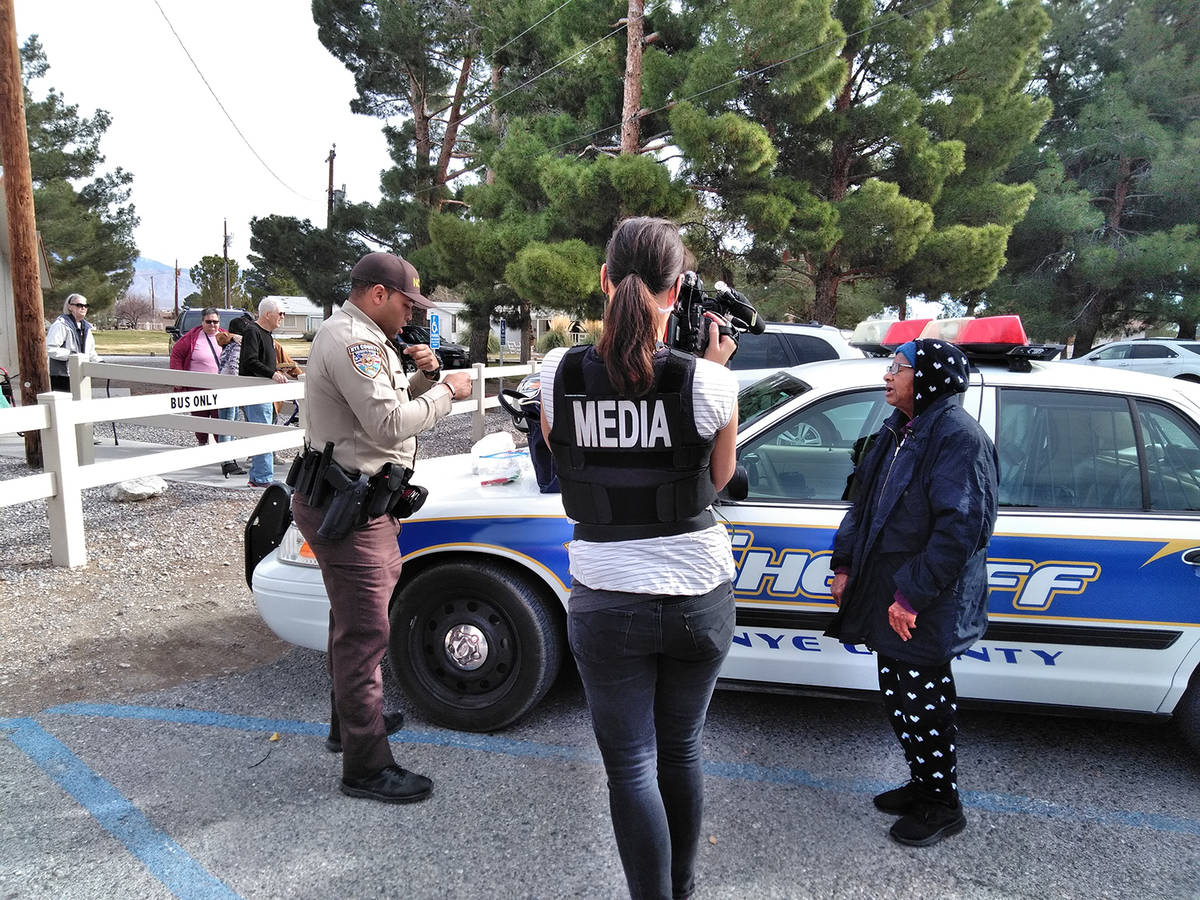 Based in Milwaukee, Wisconsin, the Crisis Prevention Institute, provides specialized training for professionals who directly intervene in crisis situations.

Albert Bass, through the NyE Communities Coalition arranged for the Crisis Prevention Institute to teach this instructor-level course, so everybody that is going through the course today will be certified through the Crisis Prevention Institute as instructors in nonviolent crisis intervention techniques, Tippetts explained. “This is something that has been in the works for a while, so it is not in response to the current events going on around the country. This is actually something that has taken a while to get set up.”

Tippetts also said that the Nye County Sheriff’s Office have over the years, always taught some variation of crisis intervention techniques and multiple components of the CPI class, including communication and de-escalation techniques, when dealing with the public.

“This is just one instructor-level certification course that makes it an all-encompassing package,” he noted. “We have a total of nine students taking this course. Four of them are from the sheriff’s office and the five others are from various other agencies, mostly Child Protective Services, and the Coalition itself. It’s a four-day program and the classes run eight hours each day.”

Additionally, Tippetts noted that actual ‘role-playing’ is also part of the instruction.

“There are also some hands-on techniques for dealing with somebody who is in crisis and is past that point of talking them down, where you have to actually restrain them,” he said. “There is also another angle called the ‘teach back portion’ where we went through the course and we literally teach the techniques back to each other as practice.”

Regarding the overall four-day session, Tippets considered the instruction, ‘critical.’

“This is dire, and it is part of the progression in law enforcement where we are transitioning away from treating a person in crisis as a criminal, but as somebody who needs help,” he said. “With Albert Bass and all he brings to the table through the coalition, we are making this a community-wide project, so that we not only deal with these situations appropriately, but also help people after the fact.”