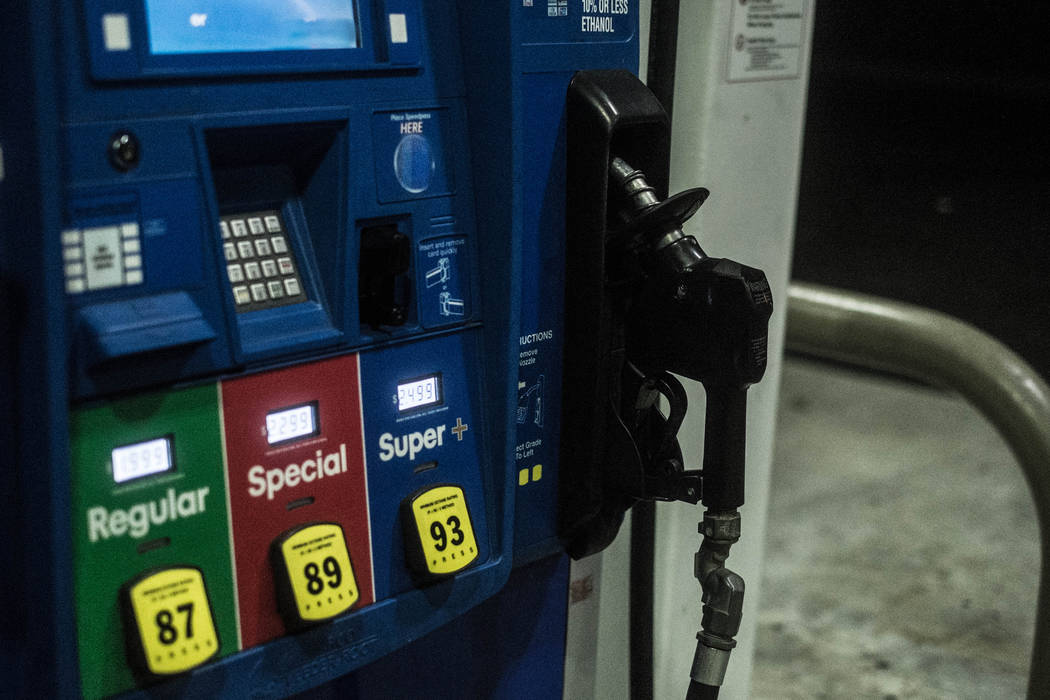 Thinkstock Gas prices in Pahrump to start the week ranged from $2.69 to $2.95, according to a survey from gasbuddy.com 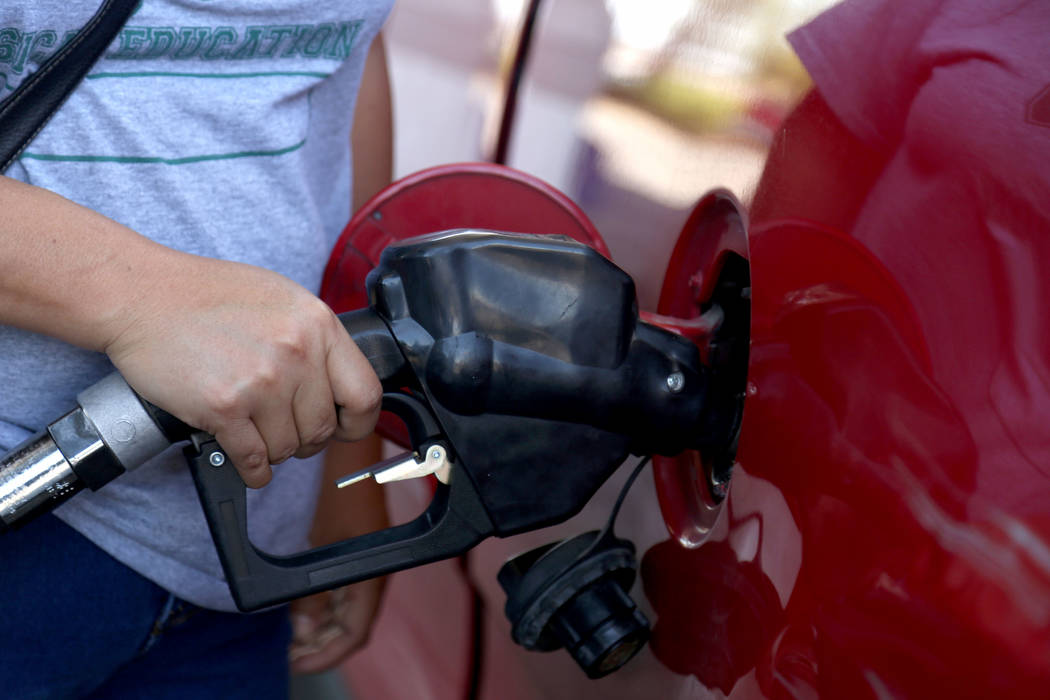 Michael Blackshire/Las Vegas Review-Journal Pump prices in the West Coast region, including Nevada at Nevada ($3.10), are the highest in the nation, with all states in the region landing on the top 10 most expensive list on Sept. 16.

On the week, the national gas price average held steady at $2.56, but motorists can expect some volatility at the pump in the coming days and weeks, AAA said this week.

Over the weekend, Saudi Arabia experienced drone attacks on two major oil facilities – including the world’s largest, Abqaiq. The attacks have taken 5.7 million (crude) barrels per day off the market, accounting for about 6% of the global supply, AAA said in its news release Monday providing details.

Prior to the attacks, global crude oil supply was very healthy, in fact sitting on a global glut of stocks. Regardless, initial market reaction to the attacks spiked crude oil prices. At the start of the workweek, crude oil (West Texas Intermediate) is trading for $5/barrels more than on Friday’s closing, up to $61/barrels – a price point for crude not seen since May.

“Americans can expect local pump prices to start to increase this week,” AAA spokeswoman Jeanette Casselano said. “The jump could end up being as much as a quarter per gallon throughout this month. Whether this is a short or long-term trend will be determined by the price of crude oil prices and how quickly the facilities in Saudi Arabia can recover and get back online.”

Pump prices in the West Coast region are the highest in the nation, with all states in the region landing on the top 10 most expensive list on Sept. 16. Hawaii ($3.64) and California ($3.63) are the most expensive markets in the country. Washington ($3.18), Nevada ($3.10), Oregon ($3.03), Alaska ($2.95) and Arizona ($2.83) follow. All state averages in the region have marginally decreased on the week. Hawaii, Washington, Nevada and Oregon saw the largest decreases at a penny each.

Damage to the Saudi Arabia facilities is still being accessed, but there is no word if it will be days, weeks or even months before infrastructure is repaired. To ease concerns, President Donald Trump said he has authorized the release of crude from the Strategic Petroleum Reserve. Other Saudi-oil-consuming countries also have emergency reserves to help back-fill the global loss, if needed.

While U.S. gasoline stock levels have been decreasing the past few weeks, total domestic stocks sit at 228 million barrels, which is ahead of the five-year average for this time of year by several million barrels. Today’s national gas price average is 7 cents cheaper than last month and 28 cents cheaper than this time last year. But these gaps are likely to shrink as the market adjusts to the news and crude oil prices increase.

Part of the pump price increases for the six states can be attributed to gasoline stocks, which decreased for a second week. The latest draw was 1.1 million barrels, dropping total levels to 76 million barrels, which is the lowest stock level seen since the end of 2017, according to Energy Information Administration data. Stocks are likely to continue to decline given the weekend news of the Saudi attack. Falling stocks paired with a likely increase in crude oil prices will likely lead to more expensive gas prices for the region.

The Energy Information Administration’s recent report for the week ending on Sept. 9, showed that total West Coast motor gasoline stocks climbed by 300,000 bbl to 28.7 million barrels. The increase is a reversal from the previous four-week period that saw total stockpiles decrease by about 3.5 million barrels. The stock growth will likely help pump prices continue to decline as motorists in the region enter the lower demand fall driving season this week. However, as with the rest of the nation, increasing crude oil prices are likely to reverse this trend.

At the close of Friday’s formal trading session on the NYMEX, West Texas Intermediate decreased by 24 cents to settle at $54.85, but on Monday, the price was up to $61/barrels.

Overall, oil prices were mixed. Early in the week, oil prices fell after reports emerged that the Trump Administration is considering relaxing sanctions on Iran, which would put more oil into an already oversupplied market.

However, the losses were tempered by the Energy Information Administration’s weekly report showing that total domestic crude inventories fell by 6.9 million barrels last week. They now sit at 416.1 million barrels, which is nearly 20 million barrels higher than were they were at this same time last year.

For this week, crude prices will see increases due to increased tension in the Middle East – specifically stemming from the attacks in Saudi Arabia – and could be bolstered by increased optimism that China and the U.S., the world’s two largest crude consumers, may be nearing a resolution to the trade war.