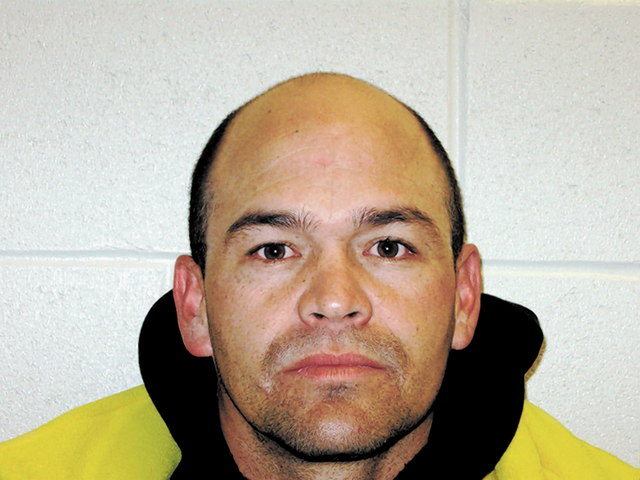 Formal charges were filed last week against a Nye County Sheriff’s deputy who was arrested in December after he allegedly entered his estranged wife’s home uninvited and held her against her will.

The charges stem from a Dec. 5 incident where the sheriff”s office was called to respond to a report of a domestic battery.

The victim reportedly told police that at approximately 4:30 p.m. that afternoon, Avena, whom she was legally separated from and in the process of divorcing, came to her home and began banging on the front door.

Police noted both parties were living at separate residences at the time.

Avena then allegedly went around to the back of the home and entered the residence through a sliding glass door before sources say he allegedly confronted the woman about being with another man.

Police said Avena then physically forced his estranged wife into the master bedroom and refused to let her leave.

After some time, Avena reportedly left the home on his own.

The victim allegedly told police Avena had come into her home uninvited on one prior occasion and that he had also come to her place of employment once and prevented her from getting in her car; she had not reported the behavior because she did not want to jeopardize his job.

When confronted about the allegations by a superior at the sheriff’s office the night of the incident, Avena allegedly admitted he had been inside the woman’s home.

He was subsequently arrested and transported to the Nye County Detention Center where he was booked into custody in lieu of $10,500 bail.

Avena soon after posted bail and was released.

He is scheduled to appear in Pahrump Justice Court on Feb. 3 for an arraignment hearing.

This is the third alleged incident in the last year or more where an NCSO officer has been accused of wrongdoing.

In February of last year, Deputy Dan Ellis was terminated following an internal investigation into claims that he Tazered a restrained inmate without provocation in September 2012. A federal grand jury in Las Vegas is investigating that incident.

More recently, a complaint was filed in August against Det. David Boruchowitz by Antionette Bell and her attorney Tom Gibson as well as Gibson’s wife, Louise Gibson, after they claimed the officer coerced Bell into filing a false complaint against Louise, an occupational therapist with the Nye County School District.

An investigation into the allegation is reportedly being handled by investigators with an outside state agency.