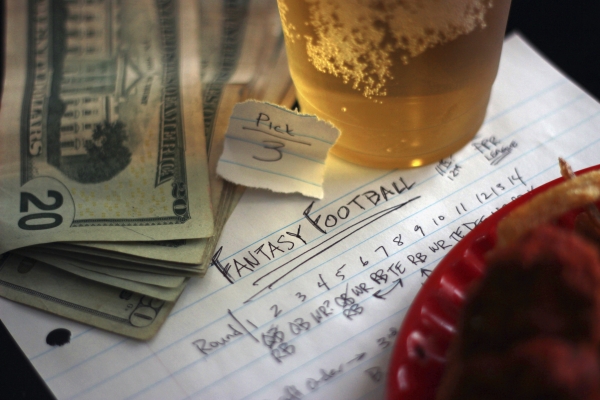 Daily fantasy sports websites continued to accept customer activity in Nevada over the weekend despite a ban imposed by state gaming regulators on unlicensed operators.

DraftKings, one of the industry’s two largest sites, allowed players in some contests to continue to set lineups even though it had notified Nevada customers their accounts would be locked.

“If it continues to persist, I will ask the attorney general’s office to prosecute them,” Burnett said. “My understanding is they are working hard to fix (the issue). They have been working with us, and we appreciate that.”

A spokeswoman from DraftKings told the New York Times the contests are “nuanced in the fact that we allow late swaps, we allowed players who had already entered games on Thursday to be able to continue their full experience with the product until games close and are paid out on Monday night, regardless of their location.”

In its letter to Nevada customers DraftKings wrote “please withdraw any funds in your account. Your funds are safe, and have always been safe as we keep them in a segregated player account which is never comingled (sic) with our operating funds.”

DraftKings and rival operator FanDuel said in statements they disagreed with the ruling but would comply with the order.

Chris Grove, publisher of LegalSportsReport.com wrote late Saturday that he was able to access DraftKings but FanDuel and StarsDraft both had blocked similar attempts.

Also over the weekend, ESPN reported that the Fantasy Sports Trade Association decided to pull its January conference out of Las Vegas because of the Control Board’s ruling.

The Nevada attorney general’s office determined that daily fantasy sports constituted sports wagering after it was discovered the chief executive of DraftKings said his website was “almost identical to a casino.” In addition, DraftKings used an image on its website with language that identified various webpages with a phrase that included the word “betting.”

“It appears that although the sites’ representatives publicly state that they do not believe daily fantasy sports involve ‘wagers’ or ‘bets,’ they do use the terms ‘betting’ and ‘wagering’ when they are not dealing with law enforcement agencies,” Brin Gibson, chief deputy attorney for gaming and government affairs, wrote in a memo to the Nevada Gaming Control Board that was posted to the agency’s website late Friday.

Five other states — Arizona, Louisiana, Iowa, Montana and Washington — said their residents can’t participate because of state-specific regulations against cash prize awards. On Friday, the Illinois Gaming Control Board said it would seek a legal opinion on daily fantasy sports sites.

On Monday, Georgia Lottery officials said they were questioning if daily fantasy sports industry can legally operate in the state. The lottery sent letters sent last month to the CEOs of DraftKings and FanDuel, saying the activity appears to violate the Georgia Constitution, which generally bans gambling except for state lottery-run games.

DraftKings CEO Jason Robins said in September at the Global Gaming Expo that daily fantasy sports was a game of skill, similar to chess or playing the stock market.