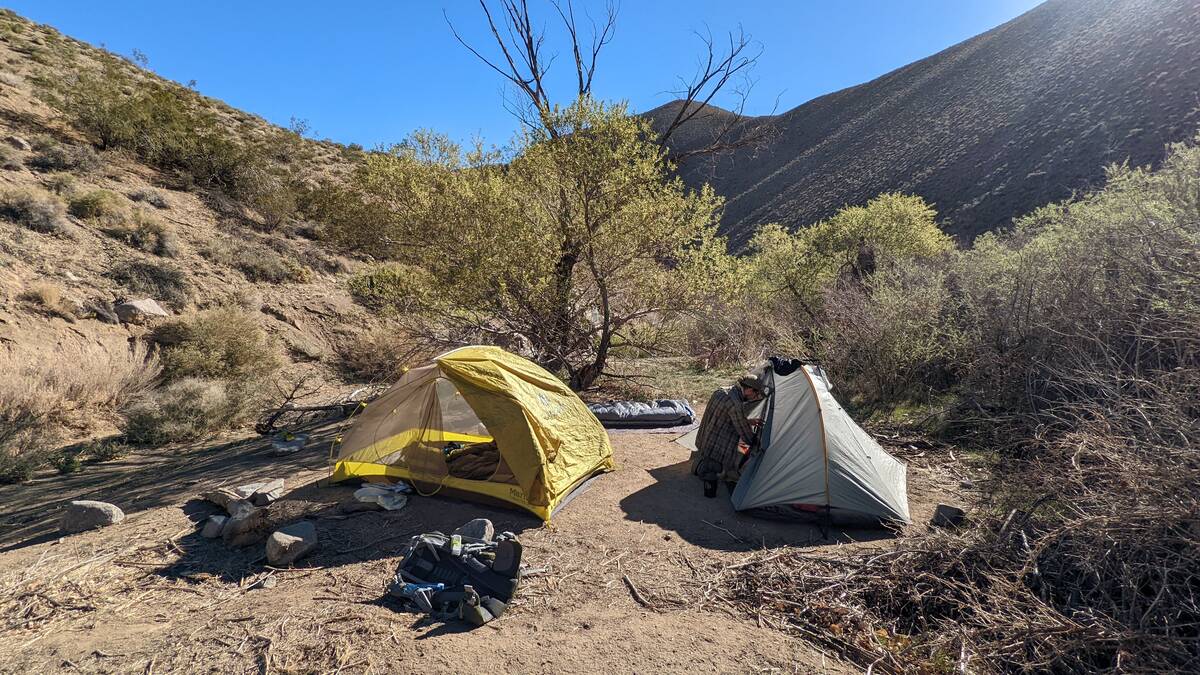 As work continues on roadways and cooler fall temperatures descend upon the region, Death Valley National Park is now in the process of opening campgrounds.

“Seven storms caused a series of flash floods from late July through mid-September,” the release stated. “Navigation apps are giving travelers incorrect information about road conditions in the park. Only sections of California Highway 190 are open, while Towne Pass, between Emigrant Junction and Panamint Valley on CA-190, will likely remain closed until mid-November.”

“The NPS is using this natural reset as a time to implement free mandatory permits for roadside camping and backpacking in the most heavily-used areas, to prevent them from occurring again,” according to the release. The floods obliterated sections of many roads, while in some cases, it’s not even clear where unpaved roads used to be.”

In the wake of the floods, officials closed some of the park’s backcountry roads until the legal roadways are re-established.

NPS road crews are prioritizing clearing paved roads, and are likely to start work on unpaved roads next month.

As the Texas Springs and Stovepipe Wells campgrounds opened earlier this month, a water system issue in Sunset Campground will delay that site’s opening until Oct. 24.

Free permits will be required for overnight camping along the park’s most popular backcountry roads and trails.

Those same permits are also required for overnight camping along the Cottonwood-Marble Canyons Loop, while backpacking and roadside camping permits are not required for any other area of the park, but they are encouraged, officials said.

“The floods gave us a chance to reconsider acceptable levels of camping impacts in these popular areas,” said Park Superintendent Mike Reynolds. “Park visitation has doubled over the past decade, which has resulted in crowding on backcountry roads adjacent to developed areas like Furnace Creek and Stovepipe Wells.”

Reynolds went on to say that permits are a way for park rangers to communicate with campers about “Leave No Trace” ethics, NPS regulations, and other ways users can help protect the environment.

“Park staff compare usage information from permits with resource impacts on the ground to determine if use limitations are needed to protect the fragile desert,” Reynolds said. “Permits are also valuable during search-and-rescue efforts.

Roadside camping permits are issued for nine campsites along Echo Canyon Road, six along Hole in the Wall Road, ten along Cottonwood Canyon Road, and four along Marble Canyon Road.

No camping is allowed along those roads, except with a permit if for a designated site.

The mandatory permits for roadside camping are free, and are available only in person at Furnace Creek Visitor Center from 8 a.m. to 5 p.m., and Stovepipe Wells Ranger Station with intermittent hours.

Roadside camping permits are issued on the day of, or one day in advance of, the first night of the permit.

Permits are first-come, first-served, and cannot be reserved in advance, according to Reynolds.

“We really wanted to find a way to make the permits both free and reservable online,” he said. “Unfortunately, we can only issue permits in person. We are likely to consider an online reservation option for 2023/2024, but that would require charging a fee.”

All of the park’s campgrounds are first-come, first-served, except for Furnace Creek Campground, which can be reserved at Recreation.gov.

Complete information on road closures are on the park’s website.