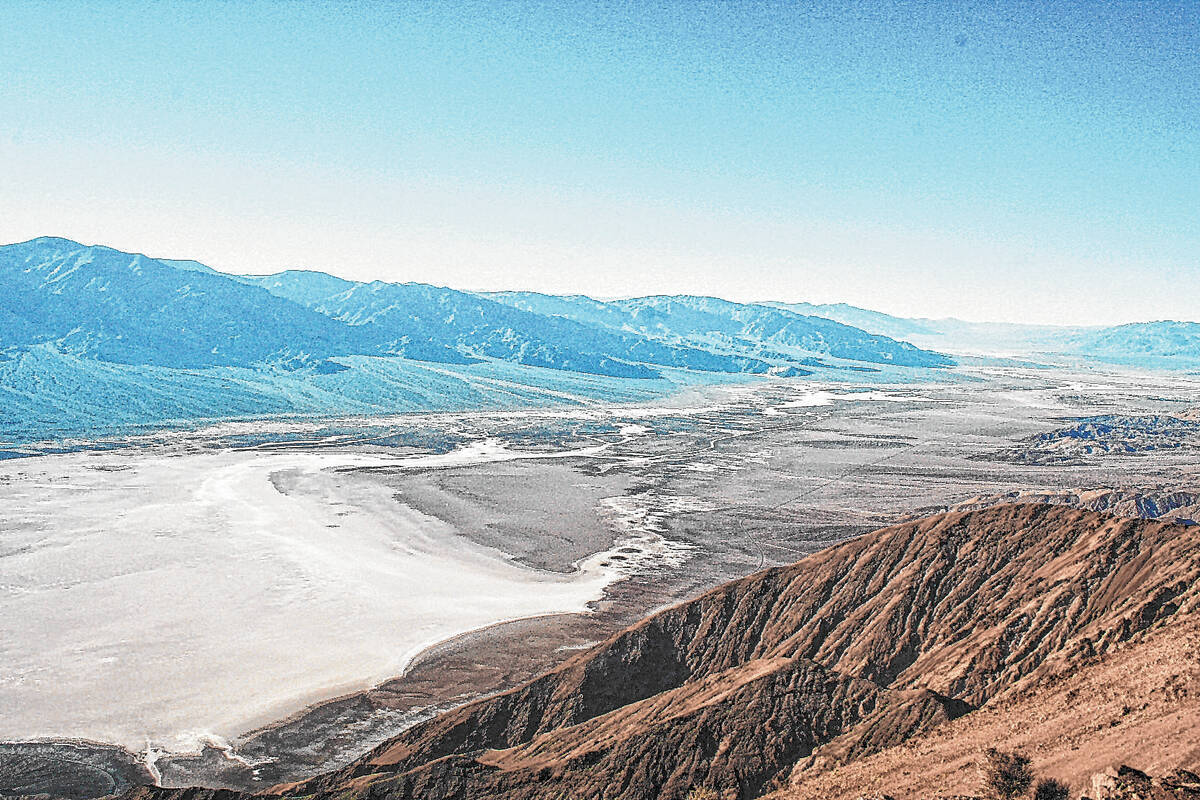 David Kelleher, 67, of Huntington Beach, Calif., appeared to have been walking from Zabriskie Point toward Furnace Creek after running out of gas in Death Valley National Park, according to park officials. He likely died from extreme temperatures that were as high as 123 degrees. Deborah Wall/Special to Pahrump Valley Times)

Park visitors found the body of David Kelleher on June 14, according to a release from park officials.

Kelleher, 67, of Huntington Beach, Calif., appeared to have been walking from Zabriskie Point toward Furnace Creek after running out of gas.

Park rangers initiated an investigation and learned that Kelleher had not been reported missing.

A records search also showed that a park ranger had cited Kelleher for off-road driving on May 30.

“A ground and aerial search was limited by hot weather,” according to the release. “The search focused on the Golden Canyon and Badlands Trails, not where he was later found.”

The release went on to state that a crumpled note inside Kelleher’s vehicle said, “out of gas”.

“Kelleher had also mentioned being low on gas when contacted by a park ranger May 30 near Dantes View Road,” officials said. “Park rangers say in extreme heat, people should wait at a broken-down vehicle, rather than attempting to walk for assistance. Kelleher’s vehicle was parked at one of the park’s most popular viewpoints.”

Kelleher’s body was found about 2 ½ miles from his vehicle, but only about 30 feet from California Highway 190, which was obscured by terrain and a mesquite tree.

The incident is the park’s second recent fatality, as John McCarry, 69, of Long Beach, Calif., was found deceased in Panamint Valley on June 1.

Park Service officials also noted that a search was started on May 23, for Peter Harootunian, whose vehicle was noticed by National Park Service staff abandoned in Emigrant Campground.

Harootunian has not been found, and the search has been scaled back to “limited and continuous.”

The National Park Service encourages park visitors to stay safe in the summer by not hiking at low elevations after 10 a.m., staying within a short walk of air conditioning, drinking plenty of water, and eating salty snacks.