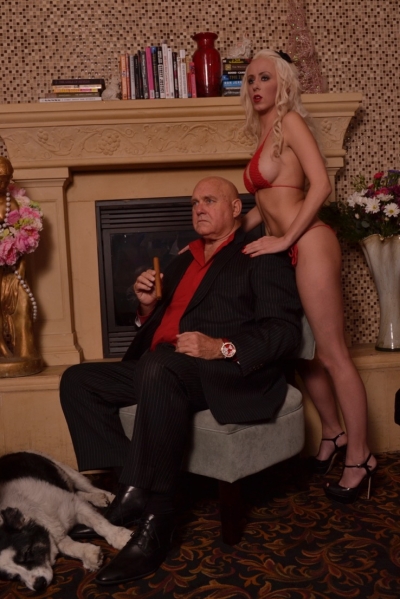 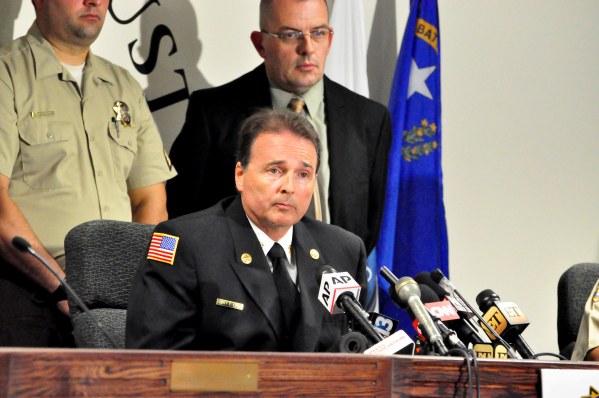 With seemingly the whole world paying attention to Pahrump after the Lamar Odom incident at the Love Ranch South in Crystal, owner Dennis Hof has been making his fair share of media appearances.

Celebrity gossip site TMZ obtained the information about Odom fairly quickly after the episode transpired and there are questions about who tipped off the media outlet about the situation. TMZ is known for breaking several celebrity-related stories, many which come from tipsters they have in various areas who do make a profit from disclosing information that develops into a story.

When asked if he or any of his employees were responsible for the tip, Hof flat-out denied it and offered his thoughts of who might have broken the news.

“I can deny it and I can tell you this, within two to three minutes of the time that he got to the hospital, TMZ and Harvey Levin were calling me,” Hof said to the Times on Thursday. “Well, I think that the world knows that TMZ will pay and my speculation is that it’s somebody else, it wasn’t us.

“We have no reason to put it out there, but somebody did. Who knows, somebody in the hospital, could be the ambulance people, it could be anybody. People know that TMZ will pay money to get leads.”

Pahrump Valley Fire and Rescue Chief Scott Lewis said that his department was not responsible for tipping off TMZ and that the tipster may be known by law enforcement.

“Oh no, it’s absolutely not our crew,” Lewis said. “I already spoke with the sheriff’s office, they know who did it … and it has nothing to do with Pahrump Fire Rescue, I can tell you that.”

Representatives from Desert View Hospital could not be reached for comment before press time Thursday, but when news broke of the Odom situation, media relations representative Meagan Kowalski gave the Times a statement about not being able to provide any patient information.

“Due to privacy laws, I cannot release any information other than he was at our facility and has now been transported elsewhere.”

Nye County Sheriff Sharon Wehrly said “I do not know for sure who called, but I am sure who didn’t.”

“I don’t know about the hospital staff, however I doubt they called TMZ,” Wehrly said Thursday. “The Fire and Rescue personnel are cognizant of medical sensitivity issues, so I doubt they would have called TMZ. The Nye County Sheriff’s Office personnel were involved in an investigation and would not intentionally hamper their investigation. I am 99 percent sure none of these professional people have leaked anything. So that doesn’t leave many options.”

From television, to radio, print and everything in between, Hof has been quoted and shown in media outlets all around the globe.

Hof said that the added media attention is nice, but wishes the circumstances were of a less serious nature.

“Attention doesn’t hurt, as long as it is positive attention,” Hof said. “I’m always in the limelight. I wrote a book, I have a TV show, I’m used to the increased media attention. I don’t see anything wrong with it all, it’s a shame that it’s not something more positive, and we hope that Lamar gets better.”