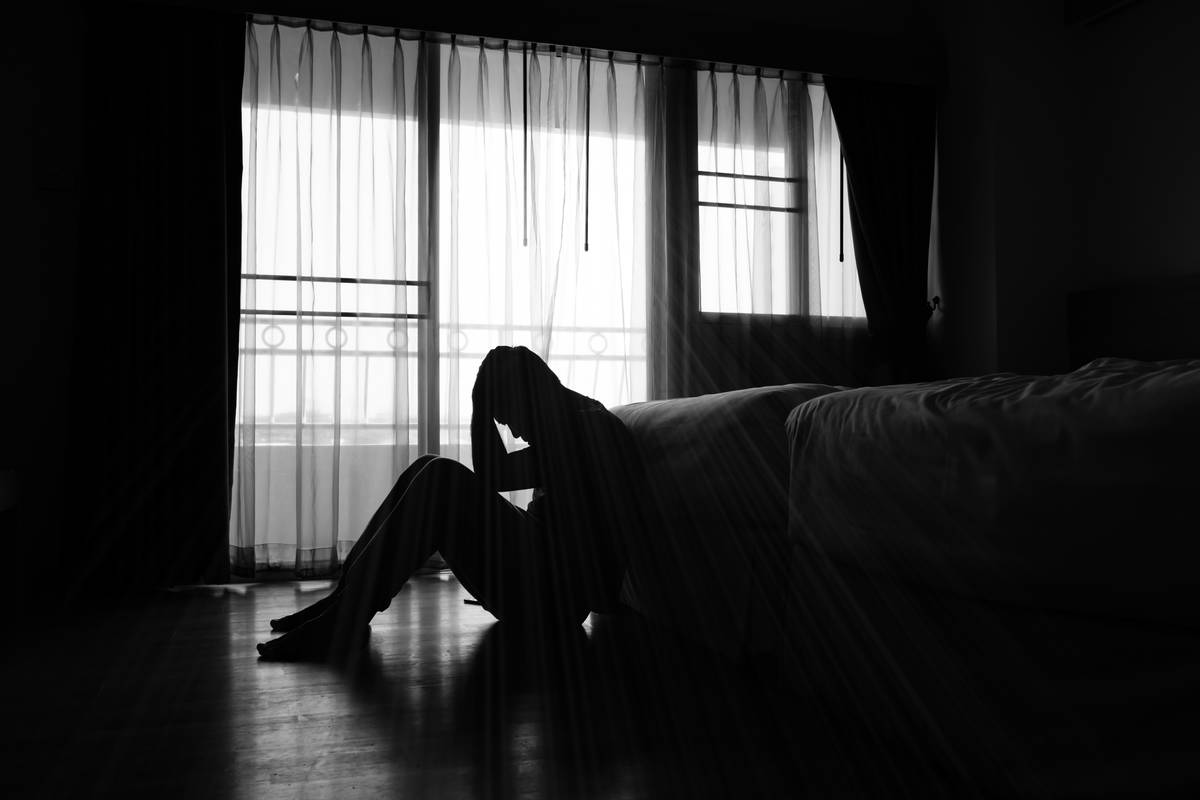 Getty Images According to the CDC, in 2018, suicide was the tenth leading cause of death overall, claiming the lives of over 48,000 people.

“I don’t think I will make it to work today. I tried to commit suicide last night,” the text read on my phone.

I had known that this person had been struggling, but I hadn’t realized just how much until I got that text. Fortunately, this person did not commit suicide that night, but suicide is one of the leading causes of death in the United States.

There were more than two and a half times as many suicides (48,344) in the United States as homicides (18,830). Suicide rates are higher in rural America than in urban America. The forced isolation during the pandemic has increased the rate of suicides.

Most people decide to attempt suicide shortly before doing so impulsively rather than planning it out extensively. While many factors can influence a person’s decision to commit suicide, the most common one is severe depression. Depression can make people feel great emotional pain and loss of hope, making them unable to see another way to relieve the pain other than ending their own life. You don’t want to die, but you want the pain to go away. Other causes of suicide are traumatic stress, substance use, hopelessness, chronic pain and illness, feeling like a burden to others, and social isolation.

Depression is not just a mental illness. It is also a physical illness. It is not a visible illness like when you have the flu or a cold. There is no wheelchair, no oxygen bottle, nor visible bandage that covers a cut or wound. It is an internal illness hidden from public view.

It’s said that depression results from a chemical imbalance, but that doesn’t capture how complex the disease is. Research suggests that depression doesn’t spring from simply having too much or too little of certain brain chemicals. Instead, there are many possible causes of depression, including faulty mood regulation by the brain, genetic vulnerability, stressful life events, medications, and medical problems. It’s believed that several of these forces interact to bring on depression.

Sometimes people attempt suicide not so much because they want to die but because they don’t know how to get help. Suicide attempts are not a cry for attention but a cry for help. It becomes a way to demonstrate to the world just how much they are hurting. Unfortunately, these cries for help may sometimes prove to be fatal if they misjudge the lethality of their chosen method. People who make a failed attempt are also at a much higher risk of trying again, and their second attempts are much more likely to be lethal.

Seeking help can be a difficult decision. Acknowledging that you have a problem that needs treatment is the first step, but even that can bring further depression. You may be embarrassed to let someone know that you need help. It may further lower your self-esteem and make you feel less of a person. When you are depressed, you don’t want to be around people. It can be difficult to even get out of bed. You want to be left alone, but that is precisely the opposite of what you need to do. You need to get out, talk to people, find enjoyable things to do, get exercise, and help your brain generate healthy nerve cells.

I know firsthand how severe depression can overwhelm you and lead to thoughts of suicide. I have had two major depressive episodes in my life that caused me to want to consider suicide. I just wanted that pain to go away. I was able to get treatment, and with the help of medications and counseling, I recovered. I have to safeguard myself now by being aware of stressors that can bring on a depression episode. I have developed some positive habits, such as regularly exercising, that help my brain nerve cells stay healthy with positive endorphins.

If you feel depressed, decide to get help. There are resources such as suicide hotlines and local agencies that can get you connected to counselors and doctors. Those counselors and doctors can evaluate your mental state and prescribe the proper treatments. Often, people suffering from depression attempt to self-medicate with non-prescription drugs and alcohol. The drugs and alcohol may temporarily numb the pain, but they contribute to furthering your depression.

If you have a friend or family member who seems to have withdrawn and is self-isolated, reach out to them. Visit them in person, check in on them frequently, talk to them and encourage them to seek professional help. Let them know you care and that you don’t want them to commit suicide. Depression is not a death sentence. With a correct diagnosis and treatment, there is light at the end of the tunnel.