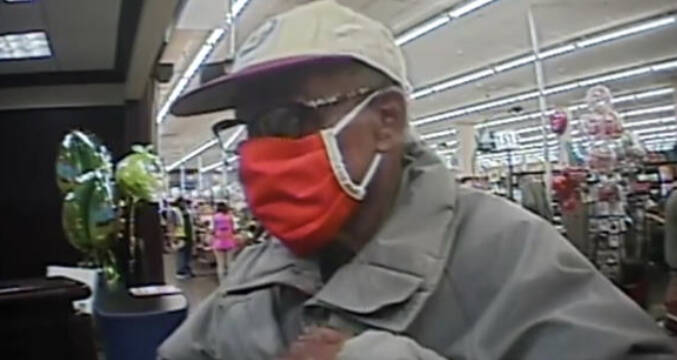 Nye County Sheriff’s Office detectives are asking for help to identify and locate a suspect who allegedly robbed the U.S. Bank branch at Smith’s Food and Drug on Highway 160 about 10:20 a.m. Friday.

Suveillance cameras at the store captured video footage of the suspect, who is described as an older man with a darker complexion and approximately 5’10”.

He was last seen wearing an orange face mask, long gray overcoat, a light-colored hat with what appears to be a burgundy brim and eye glasses.