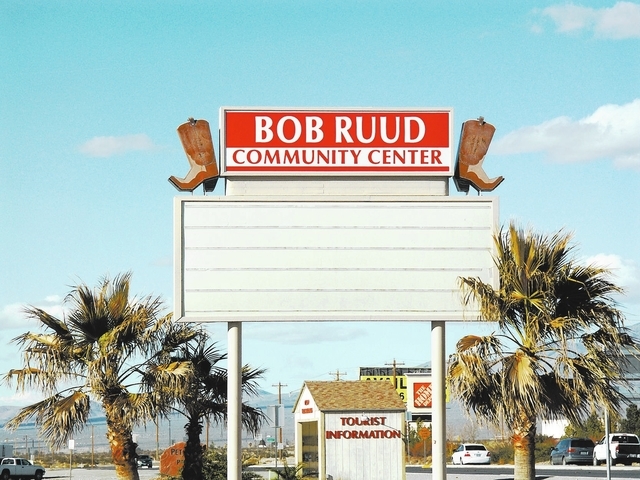 Constructed in the 1960s, the Bob Ruud Community Center is one of the oldest public buildings in town.

Over the years the center has had its share of renovations and repairs.

Roughly four years ago, town officials were forced to temporarily close the facility after heavy rainfall from a winter storm severely damaged the roof, creating hazardous mold conditions on the interior.

Costs for the repairs and remediation totaled more than $86,000.

This week, town board members are expected to consider some upgrades to the exterior of the site where they will vote whether to replace the community center’s marquee at the corner of Basin and Highway 160.

If approved, Town Manager Susan Holecheck said motorists traveling near the intersection will notice a drastically different appearance perhaps later this year as the town may go digital with the signage.

“It’s expensive because you have to get power to the site. It’s my understanding there is no power there right now. There are also some permitting issues with the county and we probably have some easement issues with NDOT we may have to work out. I think you are probably talking in the neighborhood of $150,000,” she said.

Holecheck noted the sign will be similar to the attention grabbing digital sign located at Calvada and Highway 160.

“If it’s digital like that, it would be very nice because we could put more community activities on it like the Chili Cook-off, the Powwow. I am now on the Nye County Emergency Management Committee so we could possibly post road warnings in times of bad weather. Another aspect is that it takes staff time to go out there and put the lettering up. With a new digital sign, you can just program it and it’s done,” she said.

One town board member who does not share Holecheck’s thoughts on the issue is Amy Riches.

On Monday, Riches was adamant about her opposition to a new digital sign at the center.

She said costs and safety issues were her main concerns.

“That’s a very busy corner and people are used to just glancing up at the sign and back to the road. That is what I do. However, if it’s a moving thing and you are trying to read it and drive, that to me is dangerous. I think right now when we have a lot of unexpected bills to pay, I don’t believe now is a good time to put money into something like that. I think it’s ludicrous because the sign is fine just the way it is now,” she said.

Board Member Dr. Tom Waters did not take such a hard-line stance against the proposal.

Waters said this week that though he likes the idea of an upgrade, his primary concerns would be the overall costs the town could incur.

“I would love to see that but I don’t think the town can afford to pay for it because it is a very costly item. I would like to see us try to do what the county did and see if Valley Electric Association is willing to try and do something like that,” he said

Waters agreed there’d be time saved by not having to display letters and words one at a time by hand.

“I think the digital sign would save a lot of staff time and money but it’s just the cost,” he said.

The Pahrump Valley Times will provide results of the board’s decision in Friday’s edition.