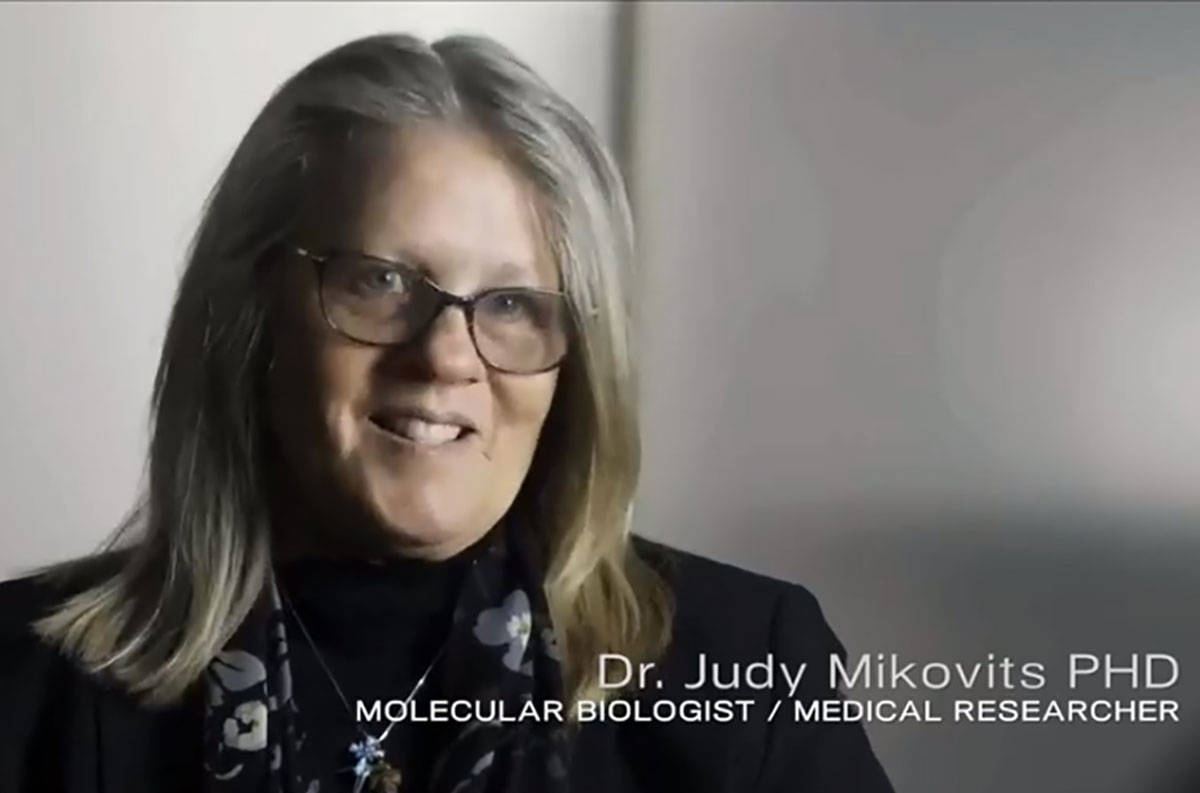 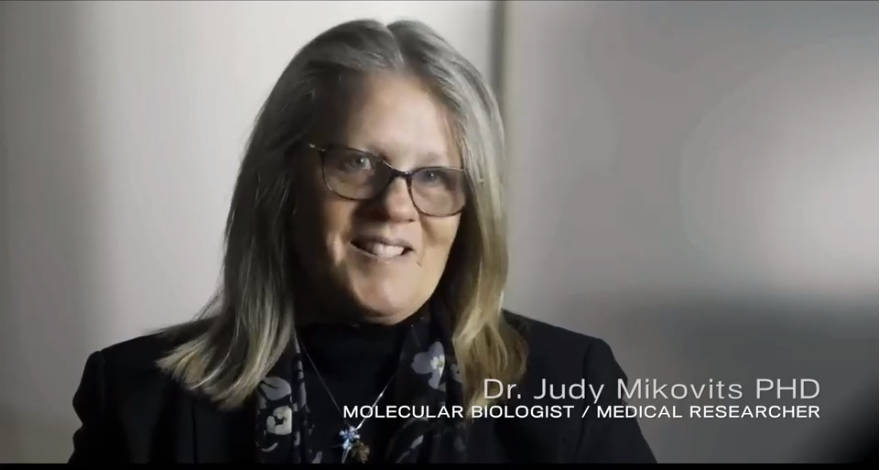 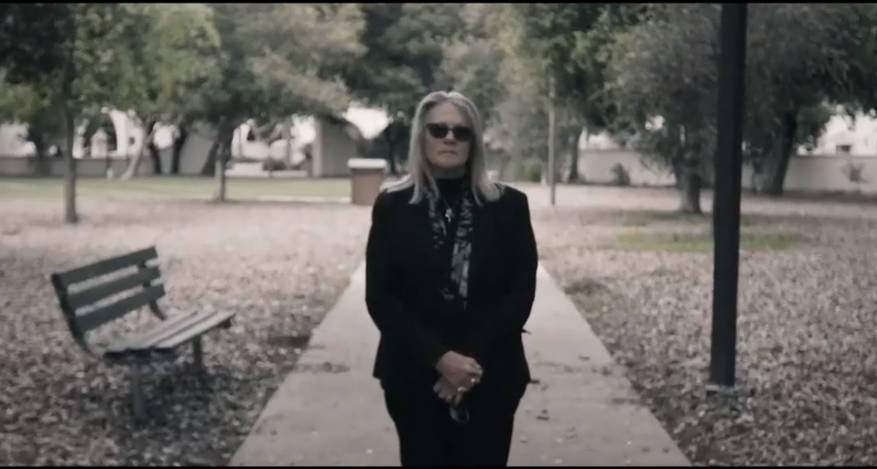 A discredited Nevada researcher continues to make waves with a COVID-19 conspiracy theory that claims Dr. Anthony Fauci created the new coronavirus and sent it to China to be released into the wild as part of a plan to profit from a vaccine.

The researcher, Dr. Judy Mikovits, first made a splash in early May with the online publication of a 30-minute clip of a documentary film outlining her claims titled “Plandemic.” She resurfaced just over a week ago in a segment of “America This Week,” a weekly show that airs on the Sinclair Broadcasting Group’s 250-plus television stations, including KSNV-TV, Channel 3, in Las Vegas.

In both the documentary clip and the interview, Mikovits claimed that public health officials around the globe, led by her nemesis Fauci, conspired to create and deliberately unleash COVID-19 as a ploy to profit from vaccine sales.

After the interview was posted online, blowback prompted Sinclair to first postpone and then cancel plans to air the segment on July 26.

“Although the segment did include an expert to dispute Dr. Mikovits, given the nature of the theories she presented we believe it is not appropriate to air the interview,” Sinclair posted on Twitter last week .

Mikovits, who is either 62 or 63, according to different reports, emerged as poster child of sorts for COVID-19 conspiracy theories after the clip from “Plandemic” was viewed millions of times despite the efforts of internet platforms like Facebook and YouTube to remove it under policies prohibiting the spread of disinformation.

Her feud with Fauci, director of the National Institute of Allergy and Infectious Diseases, traces to an incident more than a decade ago when she was exposed for fabricating fraudulent research while heading a Reno-based nonprofit.

“Her reappearance now as an apparently maligned ‘scientific leader’ challenging the orthodoxy on vaccines and COVID-19 would be a source of eye-rolling were she not being taken seriously by countless Internet warriors posting and reposting the trailer for Plandemic,” they wrote.

Campbell, who studies human retroviruses, told the Revew-Journal that Mikovits appears to be banking on the fact that she can profit from spreading of theory in much the same way she sought to cash in on her fraudulent research.

“False data got Dr. Mikovits a paper in one of the most prestigious journals in science,” he said. “It led to short-term fame and, likely in terms of grant funding and personal income, some degree of fortune.”

Many of Mikovits’ “Plandemic” claims have been debunked by medical professionals and news media outlets around the world. Many of them have condemned her as a fraud and accused Mikovits and Mikki Willis, CEO of the “Plandemic” documentary producer Elevate, of pandemic profiteering.

Neither Elevate nor Mikovits responded to repeated requests for comment from the Review-Journal.

Mikovits continues to stand by her claims, citing her years of experience as a microbiologist and biochemist and expertise developed during past research on human retroviruses.

Conspiracies a balm for some

There is a built-in audience for such theories, perhaps one that Mikovits helped build. The Pew Research Center reported last week that of the 71 percent of Americans who have heard of COVID-19 conspiracy theories, 25 percent believe that the COVID-19 pandemic was “intentionally planned by powerful people.”

Dr. Gregory Brown, the UNLV School of Medicine residency training director in the Department of Psychiatry, said buying into such conspiracy theories can be a coping mechanism for those who are overwhelmed by reporting on the pandemic.

“When you’re suddenly inundated with a giant piece of information such as this virus coming into our world, it creates a huge level of anxiety,” he said. “Everyone seeks to lower anxiety levels by any means necessary.”

The problem with Mikovits’ contention, Campbell and Neil wrote, “is that not only is it demonstrably untrue, much of it derives from a scientific fraud that Mikovits and coworkers perpetrated in 2009.”

Fauci did not appear in Mikovits’ narrative until 2018, when she claimed that Fauci sent an email to her mentor threatening to have Mikovits arrested if she attempted to enter the National Institutes of Health property. Fauci has denied sending the email, and neither Mikovits or her mentor have presented proof of the email’s existence.

The full story, as Mikovits tells it in the “Plandemic” excerpt, hinges on Fauci maliciously “suppressing” her research on the human retrovirus XMRV in retaliation for an old feud related to HIV research.

She claims Fauci blocked the publication of research she worked on with a team in France that focused on isolating HIV from blood and saliva samples so that an American team could publish their paper first and take credit.

But the French study was published a full year before Mikovits began her doctoral research, and there’s no evidence that she had anything to do with it.

Mikovits was hired as research director at the Reno-based Whittemore Peterson Institute in 2006, and three years later led her team in publishing a paper for the research journal Science, claiming that the newly discovered XMRV could be linked to chronic fatigue syndrome.

Initially the article generated the sort of attention researchers crave, but that quickly turned into skepticism and then disavowal as other researchers were unable to duplicate the results. Some charged that Mikovits had intentionally added the virus to samples before they were tested, and had cropped labels from photos of other samples to misrepresent them.

Science later retracted the paper and Mikovits was fired from WPI in 2011 and then arrested on allegations of theft from the institute. The charges were later dropped.

The institute did not respond to requests for comment.

Even in the face of overwhelming evidence, Mikovits and her supporters, including people with CFS who desperately wanted an explanation that could lead to a cure, refused to back down. Many of her backers responded to her firing with theories that sound eerily similar to those in the “Plandemic” excerpt: that a powerful, nefarious government was trying to hide the real story by personally discrediting her.

Rather than retract her study, Mikovits doubled down by claiming that retroviruses were linked to vaccines and, in turn, responsible for a surge in autism, a theory that has repeatedly been debunked by scientific studies.

Mikovits’ story is an extreme example of the phenomenon of research fraud, Campbell told the Review-Journal, but “competition creates pressure that causes some individuals to publish studies that don’t stand the test of time but facilitate their next career step.”

There can be potential downsides to creating and spreading conspiracy theories, including legal consequences.

Alex Jones discovered this in 2019 after a Texas judge ordered the Infowars.com founder to pay $100,000 in a defamation lawsuit for spreading misinformation about the Sandy Hook school massacre in 2012, claiming that the children and staff gunned down at the school were actors hired by the perpetrators of what he said was a hoax aimed at rolling back gun rights.

As the theory spread, parents of children killed in the shooting were targeted online and in person by conspiracy theorists who believed Jones’ and others’ insistence that they had lied about the massacre.

After the Route 91 Festival shooting in Las Vegas, survivors told the Review-Journal and other outlets that they had also been harassed by conspiracy theorists, as were the Clark County coroner and his staff.

That pattern has re-emerged amid the coronavirus pandemic, with health officials across the country saying that they have received death threats from conspiracy theorists who support the claims of Mikovits and others casting the virus as a “deep state” plot. The threats led some officials to step down out of fear for their own safety, the National Association of County and City Health Officials reported in June.

“As a result, when communities look to public health to protect them, health departments will be hamstrung,” the association said. “When disease rates increase, public health will invariably get the blame.”

In retrospect, it took less than a year for Mikovits to write and publish false research, but more than twice as long for teams of researchers across the globe to eventually discover the fraud and discredit her work.

“Investigators who are found guilty of fraud find the job market, grant funding and other scientific opportunities closed to them eventually,” Campbell said. “But Dr. Mikovitz has sadly demonstrated how such issues can be mitigated: Stop being a scientist and become a conspiracy theorist that capitalizes on the demand for such theories.”