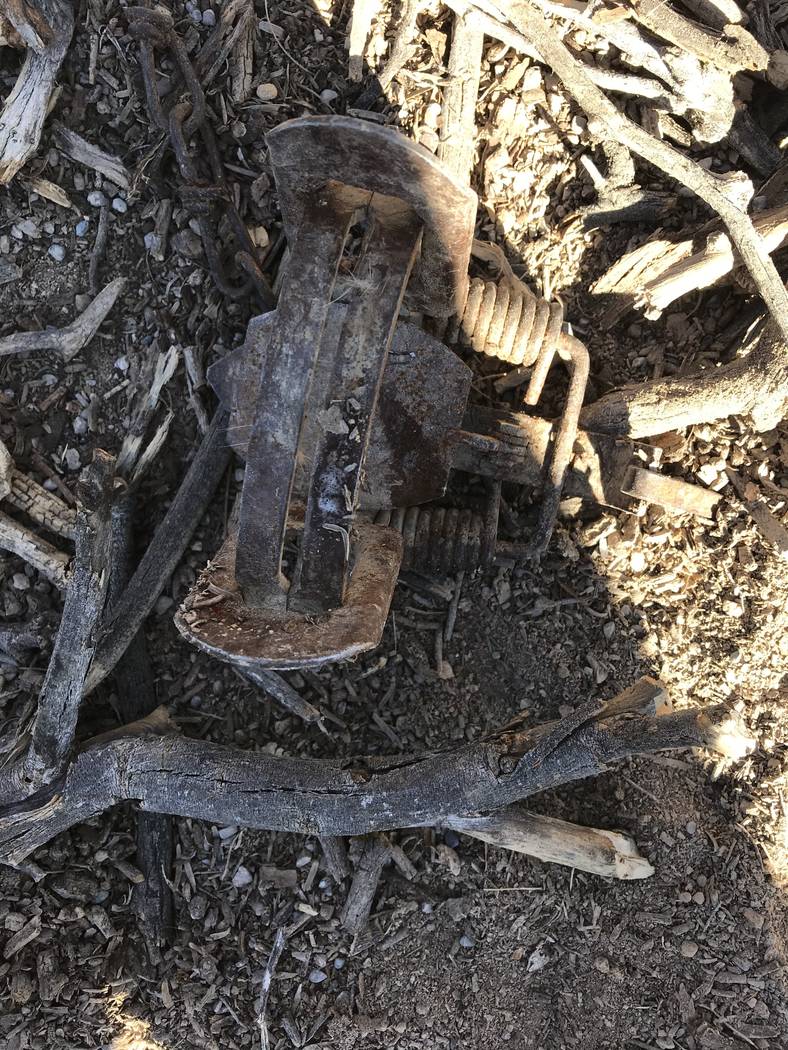 Vern Hee/Special to the Pahrump Valley Times This trap was set, intended for coyotes but instead got a domestic dog. The Dept. of Wildlife often receives calls from people was out walking their dog and the dog was off-leash and got stuck in a trap. 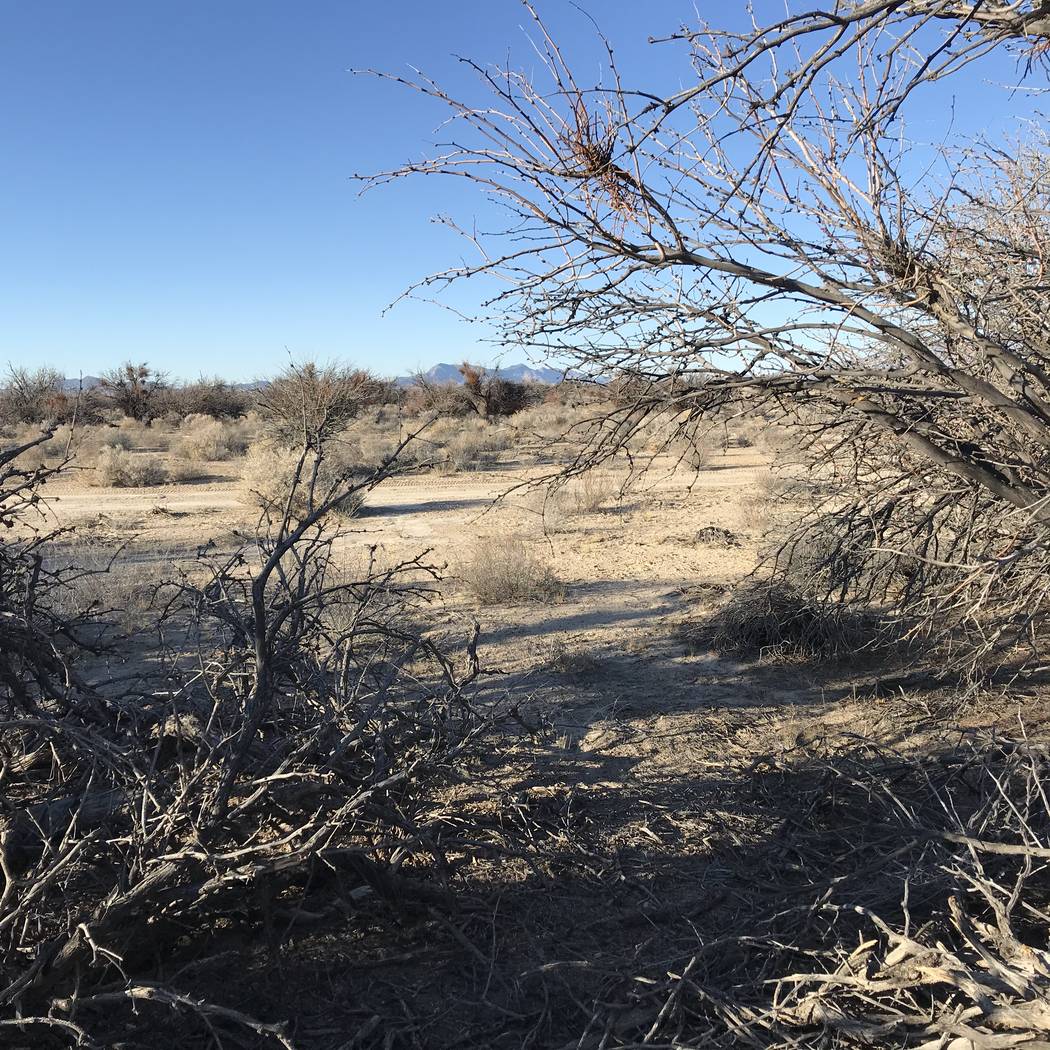 Vern Hee/Special to the Pahrump Valley Times Many trappers put their traps near off-highway vehicle trails so that they have easy access to it. This trap was on the south side of town.

Desert dwellers enjoy walking the many hiking trails in our valley that traverse our beautiful desert, and they may even enjoy walking the family dog. During the winter beware and keep Fido on a leash, for trappers are hunting for small game during this time of year and it can be dangerous for dogs to run free.

“We are right in the middle of trapping season,” said Ashley Sanchez, public information officer for the Nevada Department of Wildlife. “The Bureau of Land Management allows trapping in many areas surrounding Pahrump Valley.”

According to Sanchez, it is mostly coyotes and bobcats that are being trapped in this area.

“People need to be aware that trapping is going on,” she said. “We get calls all the time saying a person was out walking their dog and the dog was off-leash and got stuck in the trap. What makes it worse is the person gets mad and then takes the trap. Please don’t do that. Taking a trap can lead to stiff fines.”

She said the traps are leg-hold traps, which means there are no teeth in the trap and usually the dogs are okay, but smaller dogs could be seriously hurt.

Sanchez added that for the coyote there is no season and trapping could go on all year long, but usually ends after winter because the coyote pelts are sold for their fur and don’t tend to look good in the summer months. Bobcat trapping started on Nov. 1 and will continue until Feb. 29.

In this area, the season for trapping can start as early as November and go through March, depending on the animal being trapped.

Why should hikers be aware, for don’t trappers trap in remote places? Sanchez said not necessarily. The traps can be within in range of residential areas as long as they are 200 feet from a county/state maintained road. Sanchez said the standard for a “maintained road” is one that has been bladed in the last year.

Many trappers put their traps near off-highway vehicle trails so that they have easy access to the trap.

Francisco Becerra, a resident of Pahrump, regularly walks Max, his small dog, in the desert.

“I didn’t know that trappers trapped in the area, that was a big surprise,” he said. “I would let Max off the leash if I felt safe about it and he loves that. But now, since he is such a curious dog, I won’t.”

Being aware of trappers operating in your area is a safety issue. The trappers in our area try to avoid populated areas, since they don’t want your dogs wandering into their traps either.

There are strict regulations on trapping and they can be found at: http://www.ndow.org/Hunt/Seasons_and_Regulations/Furbearer/Trapping_in_NV/

Trapping without a state license is also a heavy fine.

This is also the reason people need to stay on prescribed trails when hiking around our valley.