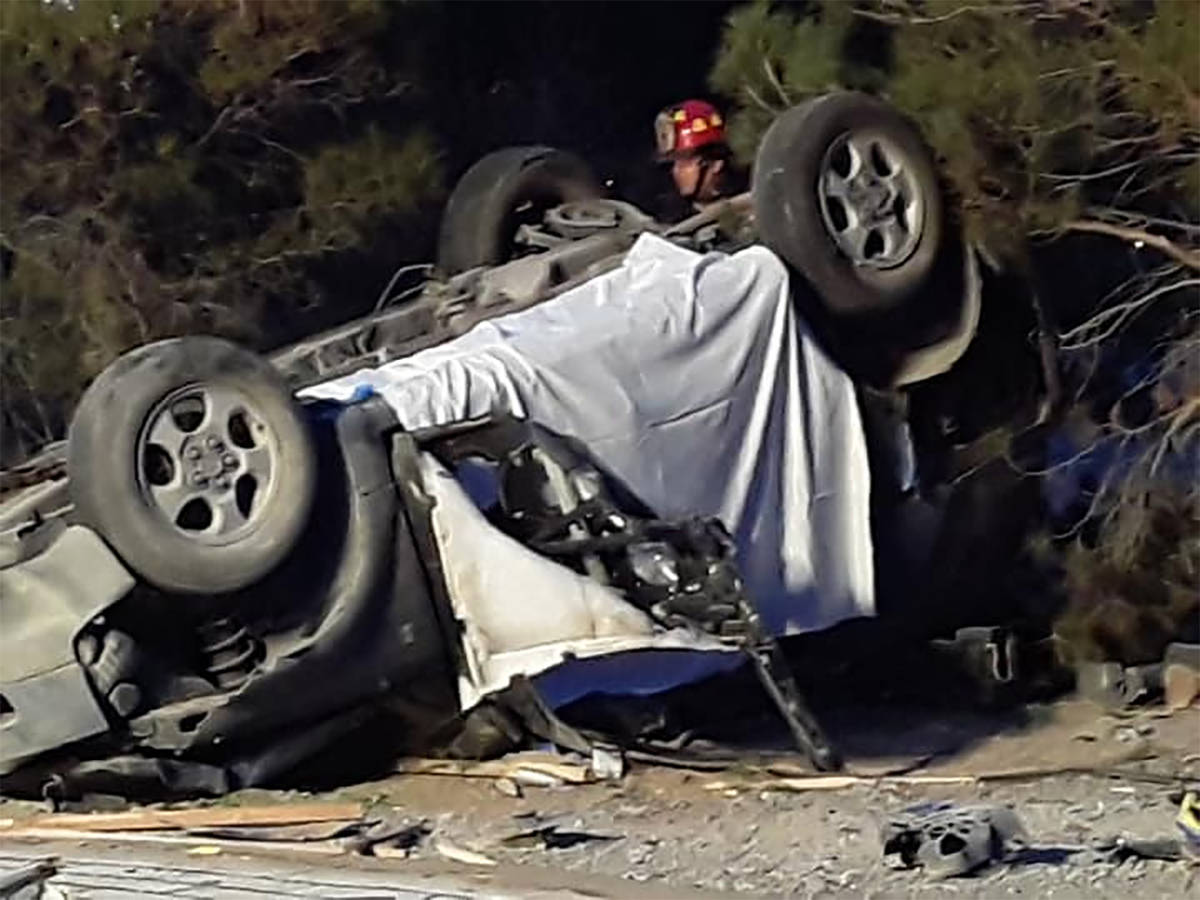 Selwyn Harris/Pahrump Valley Times A driver suffered fatal injuries after losing control and rolling her vehicle along Vicki Ann Road and Cash Street on Sunday evening, Dec. 6th. Two children were removed from the vehicle by bystanders shortly after the crash. They are expected to recover from their injuries.

Pahrump Valley Fire and Rescue crews, along with Nye County Sheriff’s Office deputies, responded to the scene at a residence along Vicki Ann Road and Cash Avenue to find the vehicle resting on its roof, according to Fire Chief Scott Lewis.

“While crews were responding to the scene, we were notified that at least two children were involved in the accident, and there was possibly entrapment,” Lewis said.

Lewis also noted that the assignment was then upgraded to a rescue, where an additional medic unit responded, while two medical helicopters were placed on standby.

“Crews found that the two small children were removed from the vehicle by bystanders, however, the driver was mechanically entrapped in the overturned vehicle,” Lewis said. “Crews commenced an extrication of the entrapped driver. At one point, it was determined that the driver did not survive their injuries, thus the rescue was suspended and an investigation was conducted by NHP and the Nye County Sheriff’s Office.”

Both directions of Vicki Ann Road were shut down while law enforcement crews conducted their investigation into the exact cause of the crash.

The identity of the driver was not disclosed by the Nye County Sheriff’s Office.

Both children are expected to recover from their injuries.