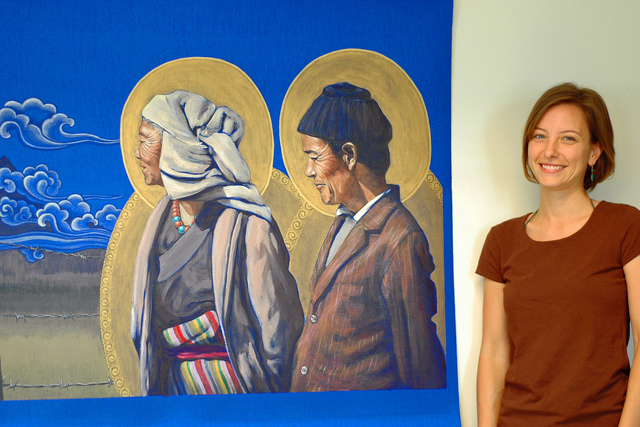 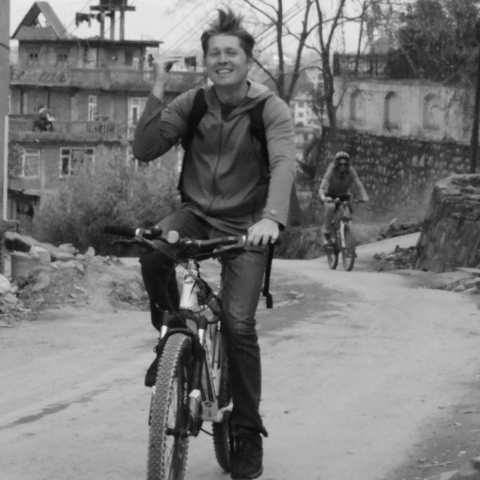 The recent 7.9-monster quake that hit the capital city of Katmandu, Nepal on April 25 has one Pahrump resident scrambling for more information and one former Pahrump Valley teacher trying to let everyone know he is OK.

Former music teacher at Pahrump Valley High School, David Tomasini let all his former students know he was fine through his Facebook on April 25:

“(7.9) earthquake near Katmandu. I am okay. Others are not, and we should be thankful for every moment we have in this world. It was scary, I’ll post more details when the dust settles. I love you mom and dad!”

Ten hours later he posted a statement by U.S. Secretary of State John Kerry offering condolences to the people in Nepal.

Tomasini was the music teacher in 2012 and after that left for Nepal in 2013 to teach kids in Katmandu. KTVB in Boise, Idaho reported on their website that the 30-year-old teacher has been teaching music and earthquake awareness. His mother, Barb, thinks that could be the reason why he, and his students survived.

Tomasini was the drum major at Boise State prior to him coming to Pahrump. He should return to the states in June, according to his family.

United Nations officials said Tuesday that the death toll has now passed 5,000, and could climb to 10,000. The UN has estimated eight million people have been impacted by the quake, a quarter of the population.

Water, food and electricity are in short supply and there are fears of outbreaks of disease.

Tomasini is not the only person with ties to Pahrump in Nepal.

Peter Davis, a retired federal agent, had little time to think about or even worry about his daughter Joy Davis who is currently living in Katmandu.

Peter Davis just woke up on Saturday morning to a Facebook message from his daughter telling her father that she was OK.

“I was asleep when it happened so I really just woke up on Saturday to her email telling me about it,” he said. “There is no way to contact her and I only got a message through Facebook telling me she was OK.”

The 36-year-old Joy Davis works in Katmandu as an art historian who has dedicated her life to returning stolen art from Nepal and bringing it back to the country.

Peter Davis said his daughter had a whole museum floor dedicated to the art she has recovered and that has yet to be recovered.

“The museum has an exhibit where she has painted the artifact and where it is supposed to go in a temple or shrine,” he said.

Joy Davis speaks the native language and has been there since 2007. He said most of the cost of her work has been out of her pocket.

“I am not too worried about my daughter,” Peter Davis said. “She is not injured and she is super resourceful.”

On Tuesday he received another update from his daughter that said she had gone without electricity and Internet for 74 hours and is boiling rain water to drink.

“I am doing a survey of damages to temples and shrines,” Joy Davis told her father. “I am trying to see what is needed and what can be done. I’m in Bhaktapur today (22 minutes out of Katmandu), which is very badly damaged; temples and homes collapsed and many lives lost. Local phone communication is also spotty so communication has been hard. We have been sleeping outside mostly, but last night I slept inside under a sturdy table. The tremors have finally slowed, but people are still afraid to go indoors.”

Peter Davis shed some light on the country for he had visited Nepal before and according to him, “There really is not much there to begin with.”

He talked about what it was like to fly into the small airport of Katmandu.

“It’s not third world, but it’s more like fourth or fifth,” Peter Davis said. “You land and then they push a ladder up to the plane and you have to walk across the tarmac.”

He then talked about airport security or lack thereof.

“I was told I needed some cash and I had nothing on me so I had to leave the airport to get some,” he said. “I just walked out, before I cleared customs, so I had no passport and then I had to sneak past the armed guards to get back in.”

He also said Katmandu lost their only train and that was not to the quake, but the royal government who he said is corrupt.

Also according to Peter Davis, the capital of 700,000 only had limited power prior to the quake. Power was only available for three to four hours some days of the week. In addition to that, modern medicine is not available at all and so these two factors make it harder to survive and it’s even harder to get messages out of the country.

“Besides not having much electrical power, everything is corrupt there,” he said. “When I was there in 2009 I mailed 10 post cards to friends and family in the states and not one made it home because the mail people in Nepal stole the stamps.”