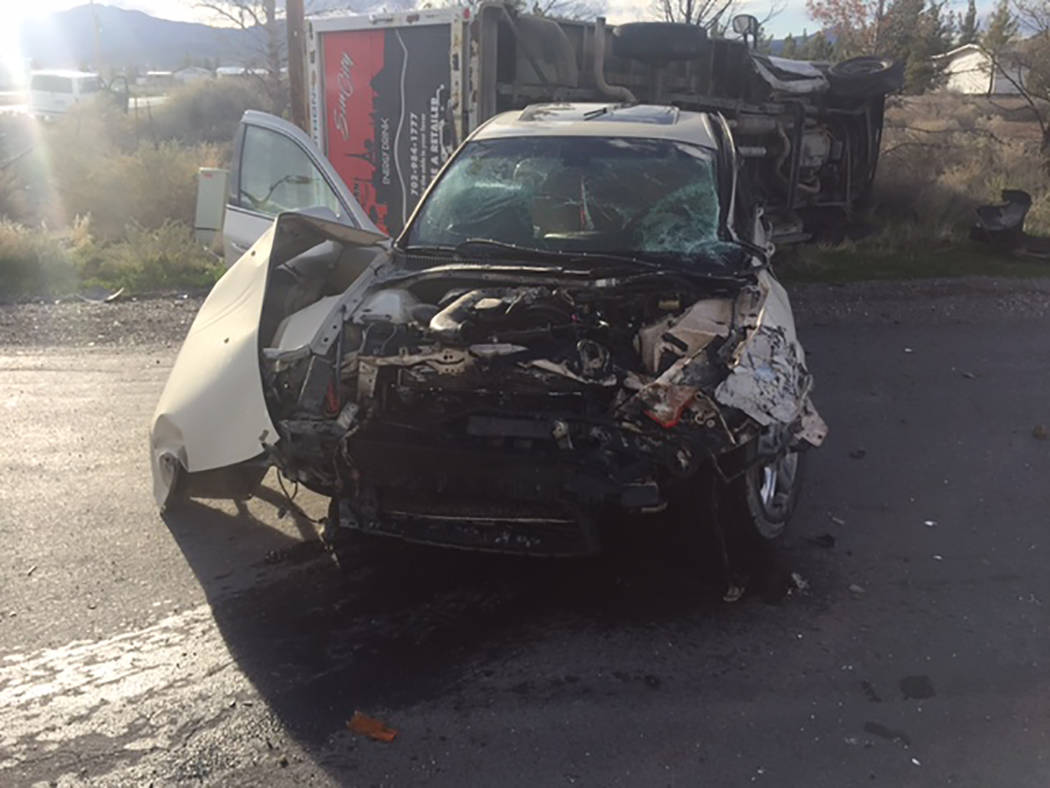 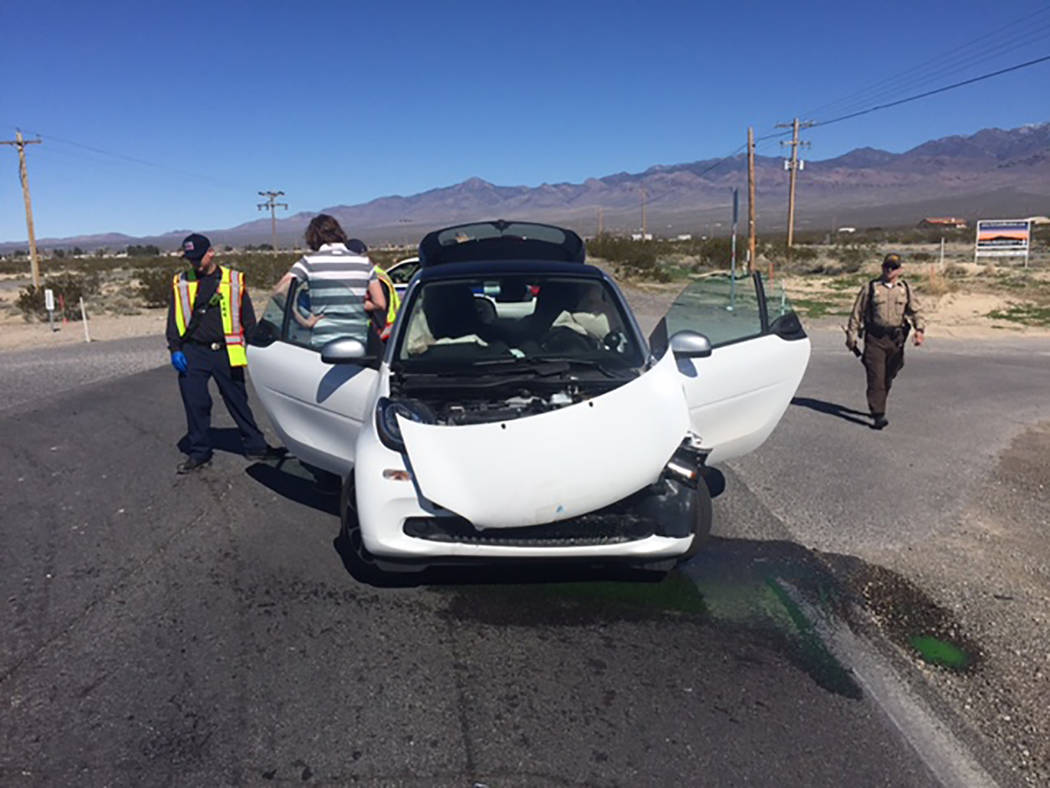 Pahrump Fire and Rescue Chief Scott Lewis said crews were dispatched to the area of Powerline Road at 1 a.m.

“Upon arrival, crews found a fully-involved vehicle that was suspect in nature,” Lewis said. “The sheriff’s office is involved and I believe they are referring it to the deputy state fire marshal.”

The following day, emergency crews were summoned to the intersection of South Murphy Street at Charleston Park Avenue following a two-car collision just before 4 p.m.

“Upon arrival, we found a two-vehicle accident with one vehicle resting on its side,” Lewis said. “It involved a box van versus an automobile. While there was no entrapment, the occupants had all self-extricated, they were then transported to Desert View Hospital.”

On Friday, emergency crews were dispatched for another vehicle collision at Highway 160 and Bell Vista Avenue just before 11:30 a.m.

“It was dispatched as possibly a head-on collision,” Lewis said. “Crews arrived on location and found a two-vehicle accident. While there was no entrapment, three persons were injured. However, they all refused medical transport.”

It’s not very often that a fire actually comes to a fire station, but that’s what occurred on Monday of this week.

Lewis said the driver of a cargo truck traveling on Highway 160 alerted fire crews by phone that smoke was emanating from the vehicle just after 10 a.m.

“The truck was heading in our direction with its contents on fire,” Lewis said. “The freight truck arrived in our front parking lot at fire station one at 300 North Highway 160 where smoke was presenting from the back cargo area. Crews opened the cargo gates where the contents of the truck were on fire. Crews then prepared a hand line to extinguish the fire. While there was no direct extension to the truck, the fire was controlled without incident and there were no injuries.”

Hours later, Lewis said fire crews were dispatched to the 600 block of North Highway 160 for a possible kitchen fire.

Upon arrival, crews found an extinguished stove-top fire which presented no danger to the structure.

Lewis also noted the EMS crews were summoned to Petrack Park over the weekend during the 4th annual Pahrump Balloon Festival.

“There were a number of EMS-related issues that occurred within the park,” Lewis said. “Our new ATV was enlisted into service where it responded to several incidents, including the transport of one patient to a waiting ambulance on Basin Avenue. Due to the number of people within the park at the time, it would have been impossible to get an ambulance in. The UTV performed its job flawlessly, responded timely and transported the patient to the ambulance.”

“It is in ongoing issue,” he said.