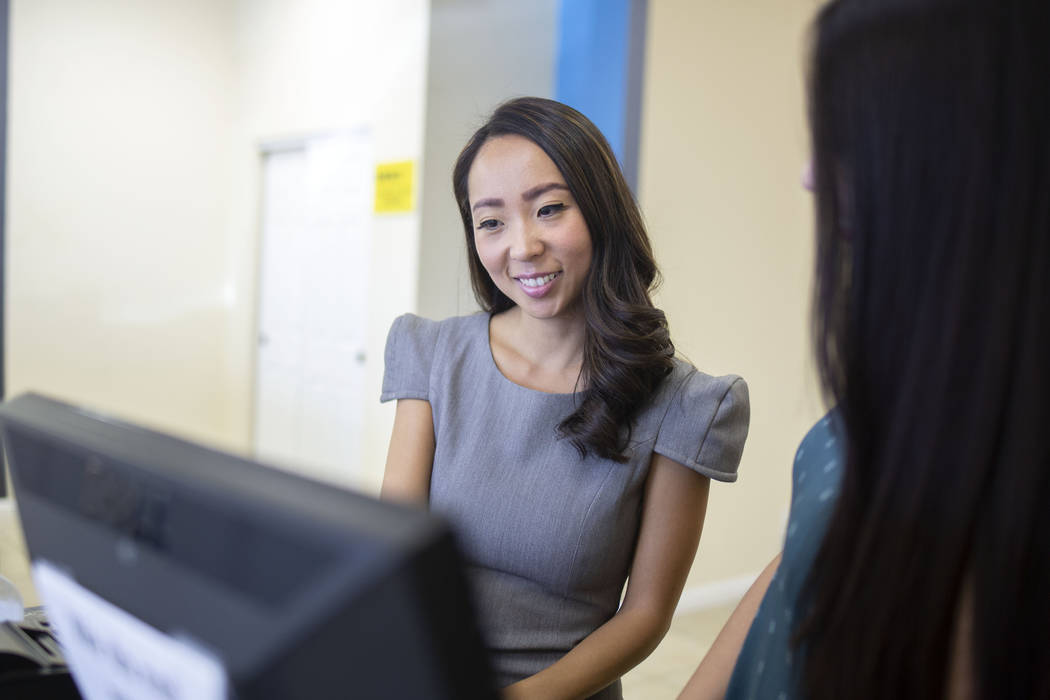 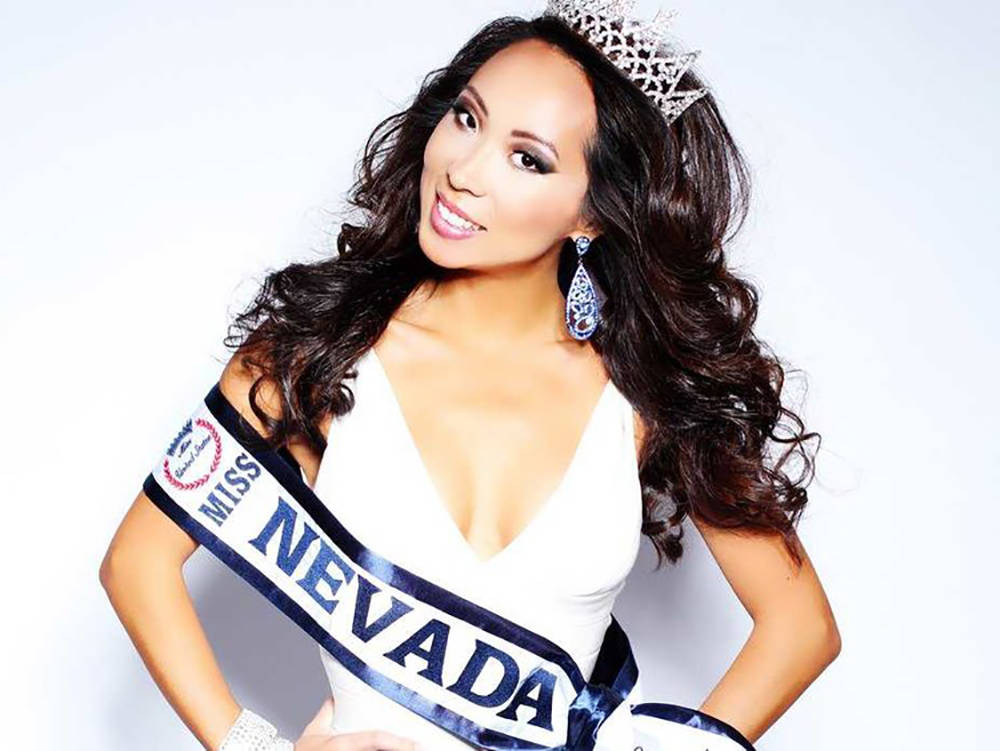 Special to the Pahrump Valley Times Nevada Congressional District 4 candidate Lisa Song Sutton is pictured in front of her North Las Vegas shipping store, the place where her desire to run for office was born.

Lisa Song Sutton is an entrepreneur, a real estate investor and a former Miss Nevada United States crown holder and now, she is looking to add another title to her repertoire, that of elected official.

Song Sutton has officially announced that she is joining the pool of candidates that will be vying for the Nevada Congressional District 4 Republican nomination in the 2020 primary.

“Politics was never in the plan for me but after opening up my second shipping store in North Las Vegas 18 months ago and seeing the need that was around there, realizing that need reaches so much further, I decided I could utilize this as an opportunity, a platform to provide help to the community,” Song Sutton told the Pahrump Valley Times.

“People are very clear about the fact that they are tired of career politicians, they are tired of perennial candidates, they really are excited to see someone who is in their community, doing the work, who genuinely wants to help,” she said.

Song Sutton detailed that the spark of inspiration for her run for office came from two elderly women, the first customers at her North Las Vegas location. Before her store had opened, the two ladies said that they were forced to ride a bus to the closest post office, a long ride via public transportation, and this was the dawning of a new realization for her. Song Sutton said she began talking with her customers, learning more about their struggles and the lack of services and resources in the area and it was a source of disquiet for her.

“I made a couple calls and I am asking why the community doesn’t have certain things and I was basically told that there are competing priorities. That’s fine, but ultimately, it’s called the House of Representatives, right? If you can put the community first, that is where the priority should be.

“I also realized that it’s not just North Las Vegas, we’re talking about an entire district, it’s an enormous landmass,” Song Sutton continued. “Now you are talking about an opportunity to impact a huge area and hopefully make a difference for a lot of people, not just one pocket, one town, one city.”

Identifying the specific issues for each distinctive part of the very large Congressional District 4 is key, Song Sutton declared, and that is just what she intends to concentrate on. “How can you possibly know what the constituents want if you are not there to listen, if you aren’t there to engage with them? It’s something that we are not seeing from Washington, we’re not seeing from our current representatives and that’s why I felt the need to step up at this time,” she asserted.

Song Sutton said she is preparing to kick off a rural tour in September and will be traveling all around the district, attending rodeos, festivals and other community gatherings in an attempt to gauge the local need.

“I am in listening mode. I just want to get out there, shake some hands and meet people, not push my flyers and all of that. I’m not going to have a booth at every one of these events we go to, I don’t want to be stuck behind a booth. I want to be an attendee, a participant,” Song Sutton said, noting that she felt this was the way to really get to know a community.

As for how her background and past experience will help her in her current endeavor, Song Sutton explained that she believed both her time as Miss Nevada United States and her career as a businesswoman would give her an edge in the coming election.

“The sash and the crown, in my case, I was able to use it as a microphone to amplifying awareness about these amazing organizations doing great work and helping connect people with the nonprofits geared toward their needs,” she said. “I think there are a lot of similarities between the intense community work I did then and what I am preparing to do now. I know what it takes to be an ambassador for an organization. I will overlay and utilize those same skills and resources and bring them to this job.”

As the owner of multiple business ventures, Song Sutton said she has experienced firsthand the challenges of building and expanding in the business world, including navigating regulations, paying taxes and providing health insurance, giving her insight that would play a major role if she is elected.

“I think it’s important to note, I will outwork any of these candidates. I have done it before and I will do it again,” Song Sutton proclaimed, citing the over 500 appearances she made in the 18 months she spent as Miss Las Vegas and Miss Nevada United States. “And I am doing it with a full heart, for the right reasons. I am not a career politician, I am not here to turn this into something that it’s not,” Song Sutton concluded.

Jonathan Royce Esteban is also seeking the seat under the Libertarian ticket while incumbent Steven Horsford is the only Democrat listed for the Congressional District 4 race.