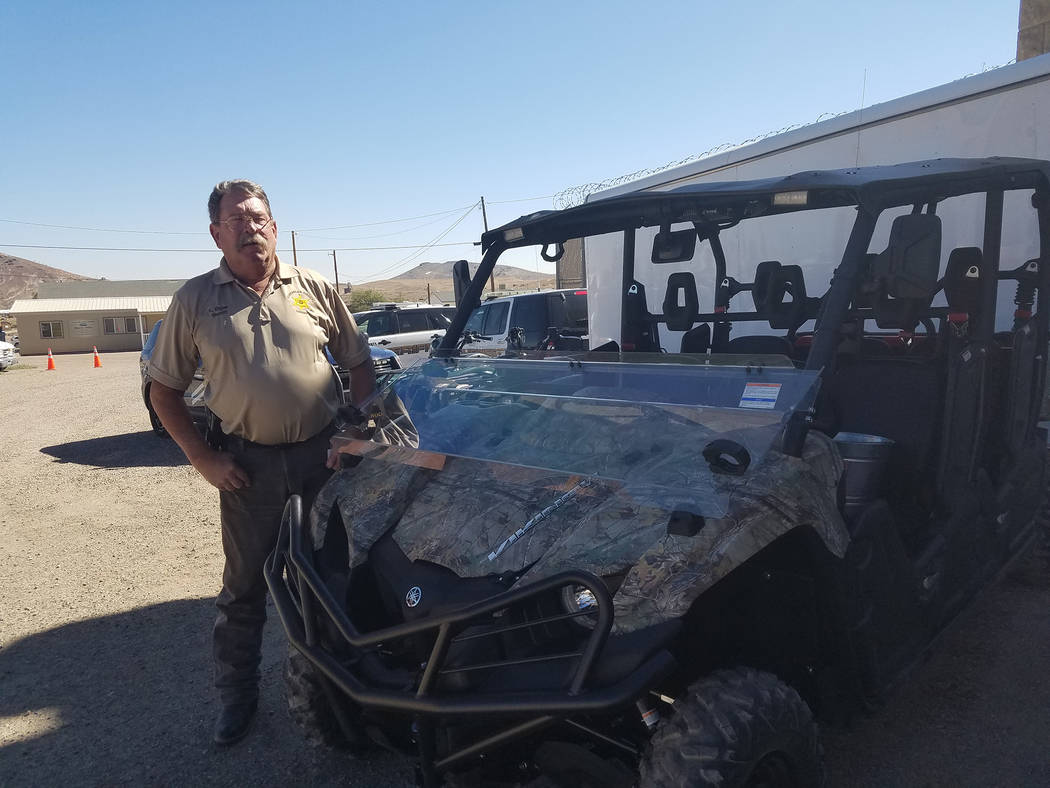 David Jacobs/Pahrump Valley Times Esmeralda County Sheriff Kenneth Elgan as shown in this Aug. 6 photo. Elgan won his sixth consecutive four-year term in June and has been with the office about 27 years. 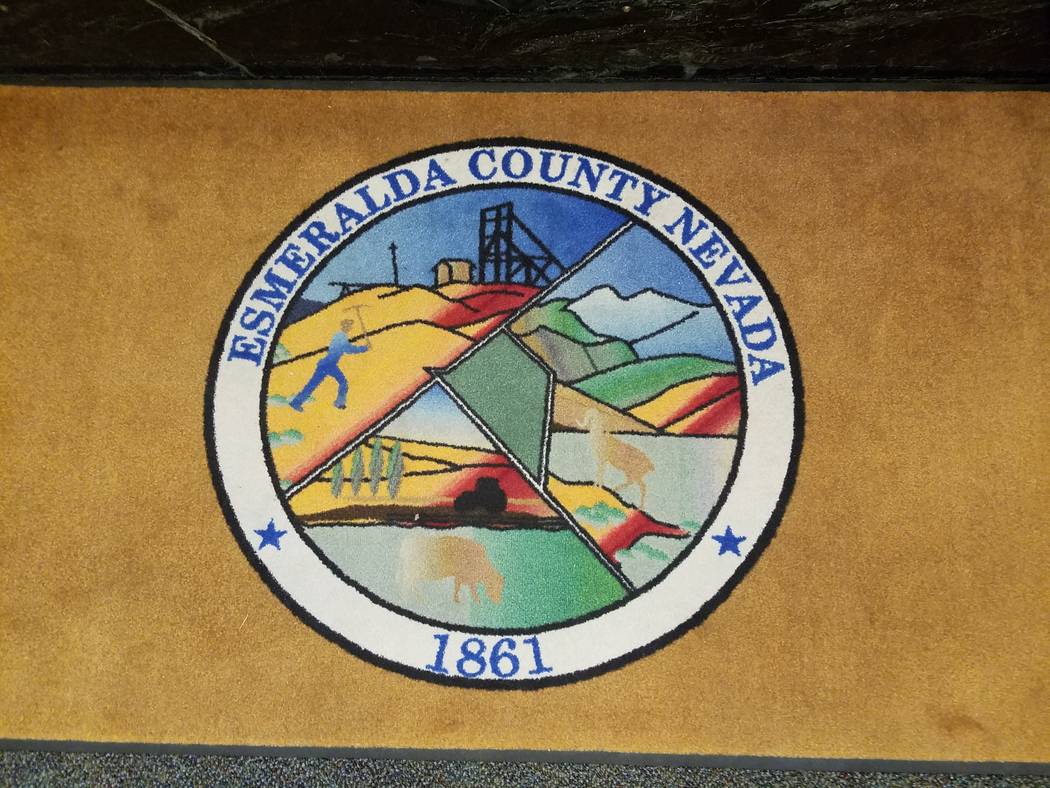 Special to the Pahrump Valley Times Esmeralda County Sheriff Kenneth Elgan won his sixth term in office during the 2018 primary elections, grabbing nearly 60 percent of voting in the election cycle. By Nevada statute, the winning candidate has to gain 50 percent or more of the vote in the primary to avoid facing off with a second place contender in the fall.

Elgan, who won his sixth, four-year term in the seat, said it was “a proud honor to have been re-elected” in a phone interview with the Pahrump Valley Times.

“We want to stay progressive and move forward,” said Elgan about future plans for the office. “We’ve come a long way in the last 20 years, and we’ve got a long way to go in the future.”

Elgan recalled when he first came to the office more than two decades ago. Then, there was a manual typewriter and one computer, he said.

Today, that has changed with everything now being computerized in the office. The office has recently moved onto Facebook, where arrest reports can now be viewed, along with other news.

“We still maintain the integrity of the office and do our best to protect people’s lives and property, and we will continue to be protecting their constitutional rights—especially their Second Amendment rights,” Elgan said.

The sheriff said he started in law enforcement 27 years ago in Esmeralda County as a reserve deputy under then-Esmeralda County Sheriff Glenn Penson. Elgan would later become the resident deputy for Dyer and win his first election to become sheriff in 1998.

Prior to working in law enforcement and moving to Nevada, Elgan worked in the wholesale-retail construction business in Southern California.

Elgan, however, is not Californian at his core.

Elgan gave accolades to his team, who guards the citizens living in the county and those passing through the area that has a heavy presence in mining and agriculture.

“We’ve got an awesome team put together here at the sheriff’s office — in sworn and unsworn,” he said. “They do a good job, and we’re really proud to serve the people of Esmeralda County and the visitors that come and pass through and stay with us in Esmeralda County.”

As far as new items in the sheriff’s office, Elgan talked about the law enforcement agency’s recent involvement in a new program known as Joint Child Abduction Rapid Deployment, or JCARD, which was built “to improve response time to abductions and increase the chances of recovering a child safely,” according to a news release from the FBI.

The JCARD program essentially creates a rapid-response team, containing locally trained investigators, to respond and assist any agency with a child abduction.

Elgan stressed that agencies are there to assist with child abduction cases, not do the job of the agency needing assistance.

In addition to Esmeralda County, several other agencies are involved in the program across the state: Las Vegas, Henderson, North Las Vegas and Mesquite police departments, just to name a few. Other agencies involved include the Nevada Highway Patrol, the U.S. National Park Service and federal Homeland Security Investigation agents.

“It’s a good thing. We need to take care of our kids, and the more help we get at the time of need, the quicker we can resolve it,” Elgan said.

Elgan said the office is doing a presentation at the end of July for the Nevada Sheriffs and Chiefs Association in an effort to gain involvement by law enforcement agencies in the northern part of the state.

Elgan won the 2018 primary election against two other candidates, JD Boteler and Tony Giove. The sheriff had 174 total votes in the nonpartisan race, well above the 84 votes gained by Boteler and Giove’s 34.

Boteler is a nearly nine-year veteran of the Esmeralda County Sheriff’s Office and works as a deputy for the force. He ran on a platform of increasing communications with the public.

“… Getting out communication with the public, the agency and whoever else is out there – some accountability, some transparency,” he said in an interview in the weeks before the race.

Boteler congratulated Elgan on his win, calling it a great experience following the race, though he wasn’t sure he’d be running in the next cycle, as it is four years from now.

“We will have to see,” he said in a Facebook communication with the Pahrump Valley Times.

Nevada’s primaries occurred on June 12 and early voting started at the end of May.

A total of 293 voters participated in the election process in Esmeralda County in the 2018 primaries (49.89 percent of the electorate). This included primary Election Day turnout and other forms of voting: early voting, absentee ballots and voting by U.S. mail.

In 2016, 185 voters turned out in Esmeralda County during the state’s primary elections.