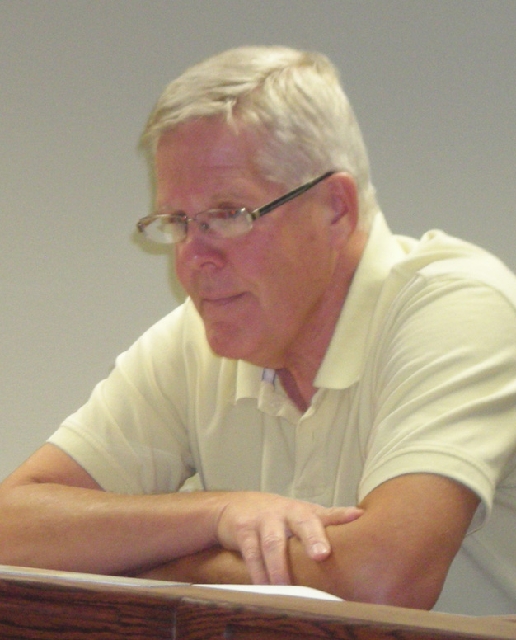 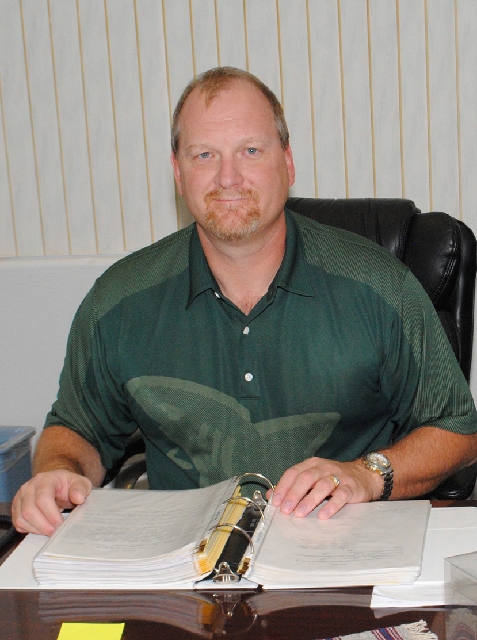 The City of North Las Vegas offered him an administrative position in the human resources department.

His final day as town manager is July 12.

On Wednesday, Richards said he would be the perfect candidate for the job due to his four plus years in the position and “previous experience” as an interim manager.

Richards’ stint ended when he submitted his resignation more than nine years ago to become city manager of Hoonah, Alaska, a community of about 900 residents near the capital, Juneau. He served as Pahrump town manager from 2004 to 2008.

“I think that the residents, the town board, and the employees deserve the most qualified person to serve in the interim position and that’s me. I can’t think of anyone else who would be more qualified, willing and able to serve in that position. The parties talking about getting an interim manager said that they wanted someone who was retired. I don’t know if they have anyone in mind, but I know that I certainly fit those qualifications even better,” he said.

Richards drafted a letter of interest this week and delivered it to town board member Amy Riches.

In the correspondence, Richards noted his professional record of accomplishment for providing creative, decisive, and energetic leadership as a local government manager.

“As a manager I have prepared and administered annual budgets, developed and managed capital projects, hired, trained and supervised employees and department heads, and planned and coordinated municipal-wide operations and projects with local state and federal agencies. I believe I can make a positive contribution to the Town of Pahrump while a search is completed for a more permanent manager. Because of my previous experience in Pahrump, I am familiar with the town’s operations, the fall festival, current projects, and maybe most importantly, the town’s employees,” the letter read in part.

Riches confirmed she received the letter and that she plans to place an agenda item before the next town board meeting regarding hiring Richards.

“Dave Richards called me and asked me if I would put it on the agenda and I told him that I would. The citizens that I have spoken to told me that Dave Richards would be the best person for the job,” she said.

Board Vice Chair Bill Dolan declined to comment, but he did say that he and Chairman Harley Kulkin are working on a process to select an interim town manager in the wake of Kohbarger’s departure.

“That is something we are both working on and we will be bringing things forward in the very near future. We are already looking at some different options to bring to the board in the future,” he said.

Dolan also lent his thoughts on Kohbarger’s tenure as town manager over the past five years.

“I think Bill has done a wonderful job and he has moved this town forward and done more for this town than I feel any other town manager has done,” he said.

The vice chair also noted that no matter who is in the position, the person will always have some detractors.

“They are there to do a job and look out for the best interests of the residents of the town and they are not going to please everybody 100 percent of the time,” he said.

When asked if he would be interested in the position, Dolan did not hesitate with his response.

“I am not interested in the job and on top of that, I do not carry a master’s degree in public administration,” he said.

Richards, meanwhile, offered his own opinion on Kohbarger’s performance as town manager.

“When I was here, I was the longest serving manager during that time at four years and three months. I like to think that my tenure settled the community down some and got them accustomed to having a manager serve longer than six months. While I don’t take any credit or responsibilities for Mr. Kohbarger being here, he’s now broken my record and I like to think that the fact that I served as long as I did gave him an opportunity to serve a longer term as well,” he said.

As far as the present town board, Richards said he believes they are doing the best they can.

“Serving in leadership positions is a difficult thing to do in any size community and the decisions that you make are going to have supporters and opponents regardless of what you do. I just give the board the benefit of the doubt that they have made decisions that they thought were the right thing to do. I didn’t always agree with them,” he said.

Richards also remarked on the town board he served under during his time as manager.

“I really didn’t feel that I had their full confidence in what they wanted me to do. Not being fully confident of my ability to satisfy them, I pulled the plug and went in a different direction in Alaska. It was a new experience in a new state and I’m very happy that I chose it. I did the best I could for as long as I could,” he said.

The future of the town board and town manager’s position still hangs in the balance until the Nevada Supreme Court makes its decision on the legality of last November’s ballot question when local residents voted to disband the body.

The town board is expected to discuss Richards’ interest in the town manager position during the next regular meeting on Tuesday June 25, at 7 p.m. 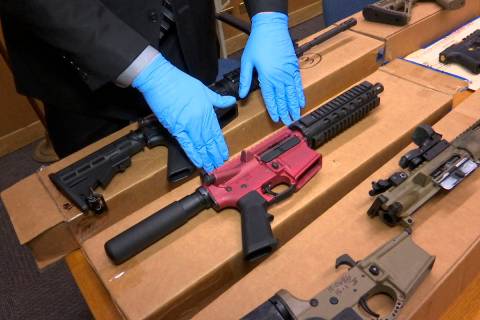 A Second Amendment rights group has filed a lawsuit challenging Nevada’s recently-passed law that bans the sale, use and ownership of untraceable “ghost guns.”