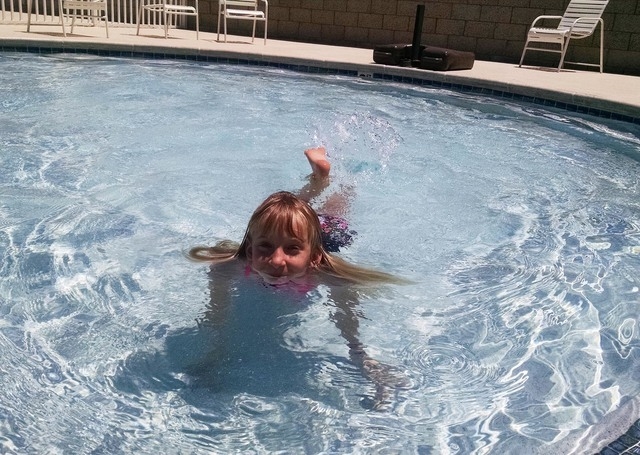 Temperatures in the Pahrump area are projected to break 110 degrees this weekend, causing the National Weather Service to issue an excessive heat warning.

The warning began at 10 a.m. Thursday morning and goes through 11 p.m. Monday night.

High pressure will continue to build across the region through the weekend, bringing with it an extended stretch of hot temperatures, which are forecasted to reach between 105 and 110 degrees in Pahrump.

The projected temperatures are 10-to-12 degrees higher than the average temperature for this time of year, the weather service said.

Elevations below 4,000 feet in the Mojave Desert area will be affected by the increased temperatures.

Heat is the No. 1 weather-related killer in the United States. Dehydration, hyperthermia, and heat cramps could impact those who overexert themselves, or are careless during the peak hours of the heatwave.

Homeless, the elderly, children, and those who already have health issues are the most at risk. Pets are also at risk during extreme heat, as animals left without water or shade could succumb to the elements.

Do not leave children or pets in cars, as even leaving them in a hot car for a few minutes could prove to be hazardous or even fatal.

According to the weather service, 30 children in the United States died in 2014 as result of being left in a hot car.

The weather service recommends limiting use of alcoholic and caffeinated beverages; wearing lightweight, light-colored, loose-fitting clothing; and wearing a shirt, hat and sunscreen at all times.

These products are issued when an excessive heat event is occurring, is imminent, or has a very high probability of occurring. The warning is used for conditions posing a threat to life, according to the weather service.

While temperatures in Pahrump will be hot, Death Valley National Park will be deadly, projected to be at 122 degrees to 127 degrees.