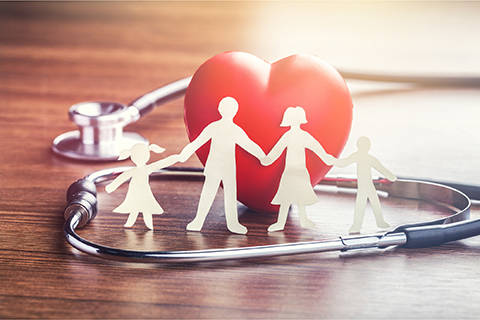 Created by the state agency, the Silver State Health Insurance Exchange, the Nevada Health Link website is designed to help individuals and families find an affordable health insurance plan that fits their needs and budget.

This week, the exchange announced that more than 17,000 Nevadans took advantage of premium savings during an open enrollment period created by the American Rescue Plan Act, via Nevada Health Link.

As stated in a news release, the online insurance marketplace increased total enrollments by 7.6 percent during the American Rescue Plan enrollment period.

Due to the COVID-19 pandemic and efforts to ensure more Americans are covered by health insurance, the American Rescue Plan Act was signed into law on March 11 of this year, allowing uninsured Nevadans additional opportunities to enroll in health insurance benefits along with significant savings, according to the release.

At present, total enrollment in health coverage through Nevada Health Link increased with a total of 88,114 enrollees.

Additionally, at the end of plan year 2021, which was last year’s open enrollment period, the exchange enrolled a total of 81,903, according to the release.

“In past years, total enrollment has decreased by as much as 15 percent over the course of a year, but the expanded subsidies and access provided by the ARPA enrollment period reversed that trend and allowed more Nevadans to find affordable coverage that met their needs.”

Further, the average net premium for ARPA consumers also dropped, where at the end of last year’s open enrollment period, the average monthly premium was $232, as compared to an average of $154 for those who actively shopped and used ARPA between April 20 and August 15, the release noted.

As for Nevadans collecting unemployment benefits in 2021 with a lack of access to health insurance options, Nevada Health Link assisted nearly 6,000 households to enroll in $0 premium plans during the ARPA enrollment period.

Heather Korbulic, executive director of the Silver State Health Insurance Exchange, said the ultimate goal is to ensure every Nevadan has access to enroll in comprehensive health insurance plans, regardless of income, job status, or cost.

“During these special enrollment periods, we were able to get one step closer to this goal by providing affordable insurance plans to even more Nevadans, with significant premium savings and increased subsidies,” Korbulic said. “This means more Nevadans will be able to lead healthier lives with access to doctor visits, surgery, preventative care, and taking care of basic health needs with health plans that fit their lifestyle and budget. For those who missed this ARPA enrollment period and are still uninsured, they can shop for plans beginning November 1, 2021, during open enrollment.”

Another opportunity to enroll

Though the ARPA enrollment period has closed, the release stated that there is still another chance this year for uninsured Nevadans to enroll in plans through Nevada Health Link.

“If you experience a qualifying life event (QLE), you are eligible to enroll during a regular special enrollment period,” the release stated. “Examples of a QLE are those who are having a baby, getting married or divorced, a change in income or losing current or other health insurance.”

The normal open enrollment period begins Nov. 1, 2021, and runs through to Jan. 15, 2022. This applies to Nevadans who don’t have health insurance through an employer, are not on Medicare, Medicaid, the Children’s Health Insurance Program (CHIP), or another source that provides qualifying health coverage, the release noted.

Nevada Health Link always encourages consumers to use the free assistance of a licensed enrollment professional by calling 1-800-547-2927, or by visiting www.nevada health link.com.