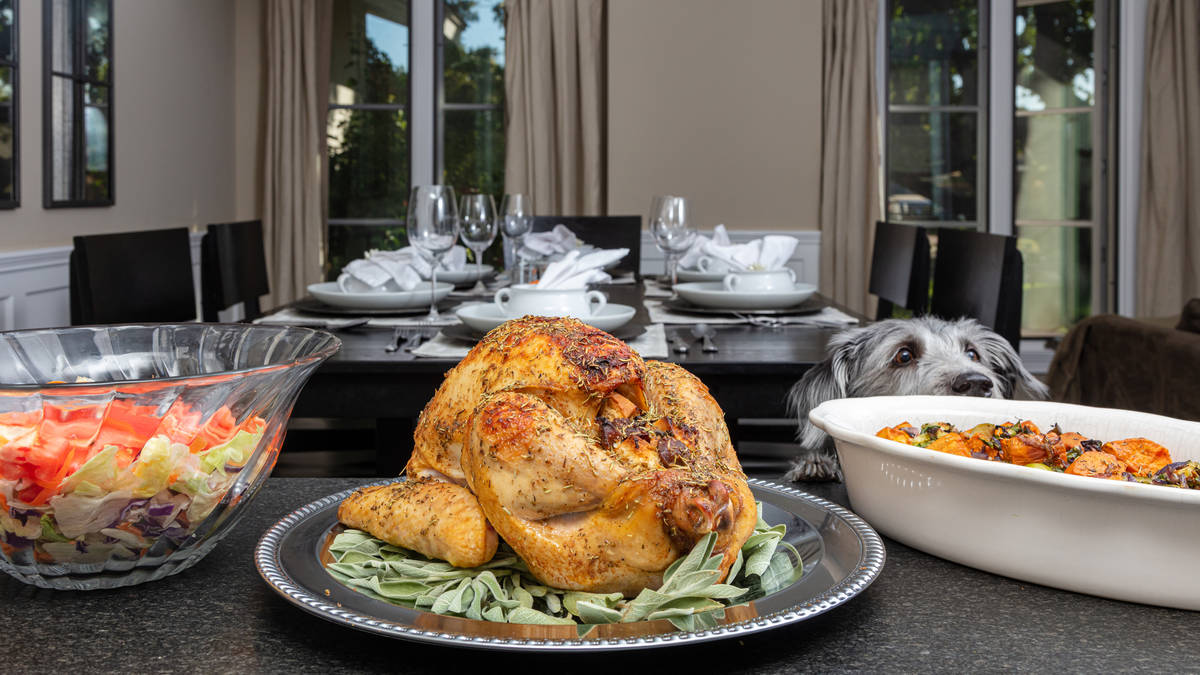 Getty Images Pet website halocollar.com suggests to not feed your pet leftovers from the table this Thanksgiving, as several hazards exist with health safety.

However, officials at the pet website halocollar.com say it is never a good idea, as some holiday dinners can be hazardous to the health of pets, mainly dogs.

As such, the online company provided tips for families and individuals to help keep their four-legged friends out of harm’s way.

As stated in an online news release, feeding your dog dinner leftovers, especially those containing bones, is never a good idea.

“It’s easy to give in, thinking just one won’t do any harm,” the release stated. “Small bones can end up lodged in windpipes or causing worse damage when passing through their systems. Find a suitable doggy treat for them instead.”

Additionally, it’s suggested to keep a keen eye on any leftovers that may be within reach of a dog’s paws and mouth.

“Funnily enough, lots of dog-related incidents over the holiday involve dogs who decide to ‘help themselves’ to leftovers which are left lying around,” the release noted. “Dogs are unable to handle chocolate, raisins and many other human foods, so make sure these are kept well out of reach of Fido this year.”

Though many families on Thanksgiving Day tend to kick back and relax before and after dinner, it’s recommended that dog owners venture out to exercise both themselves and their dogs.

“Even on a holiday it’s important to make sure that dogs are well exercised to make sure they don’t cause chaos in the home,” according to experts. “Take your furry friend out for a walk before dinner to make sure he’s calm and relaxed and not causing mischief while you all eat.”