Charlotte Uyeno/Pahrump Valley Times The local fireworks spectacular was once again put on by longstanding provider Zambelli Fireworks and it was definitely one for the record books.

Charlotte Uyeno/Pahrump Valley Times This year’s show was the longest one that Zambelli has ever put on in the valley, a total of 33 minutes in length.

Charlotte Uyeno/Pahrump Valley Times A total of 960 aerial shells used in the body of the show, along with 3,858 low-level incendiary devices. 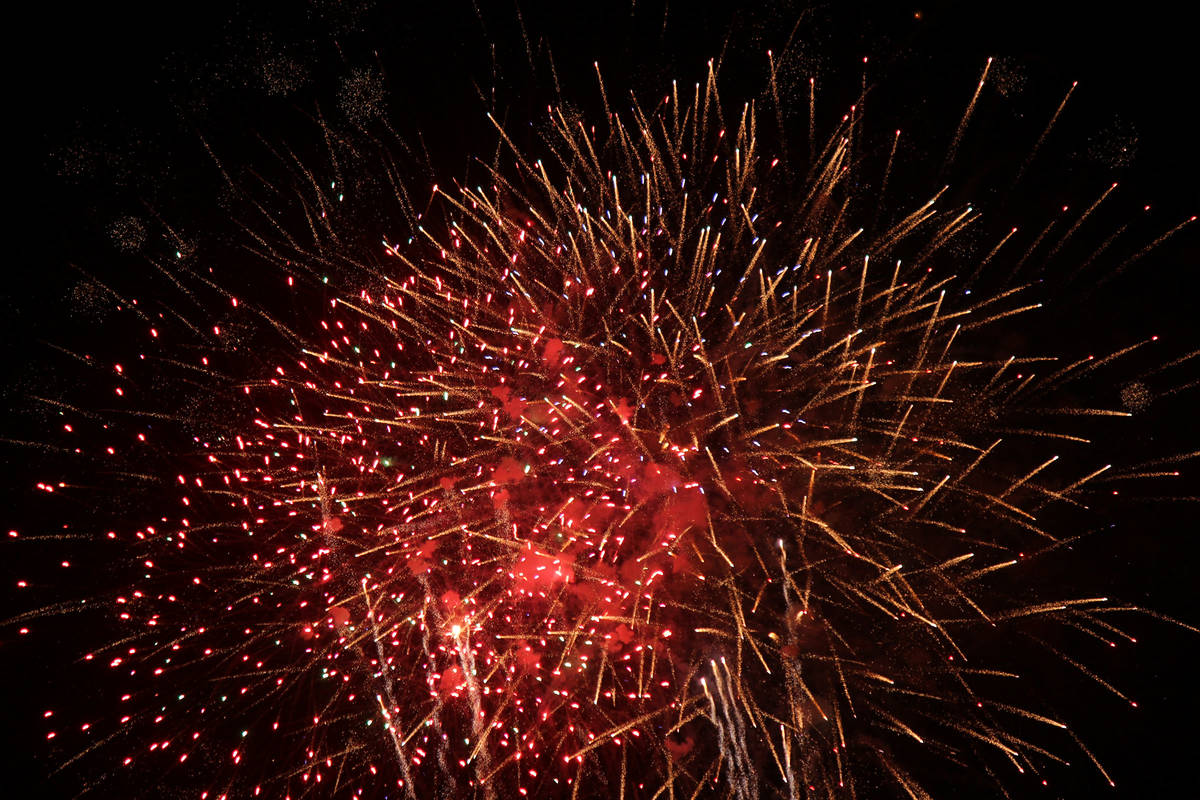 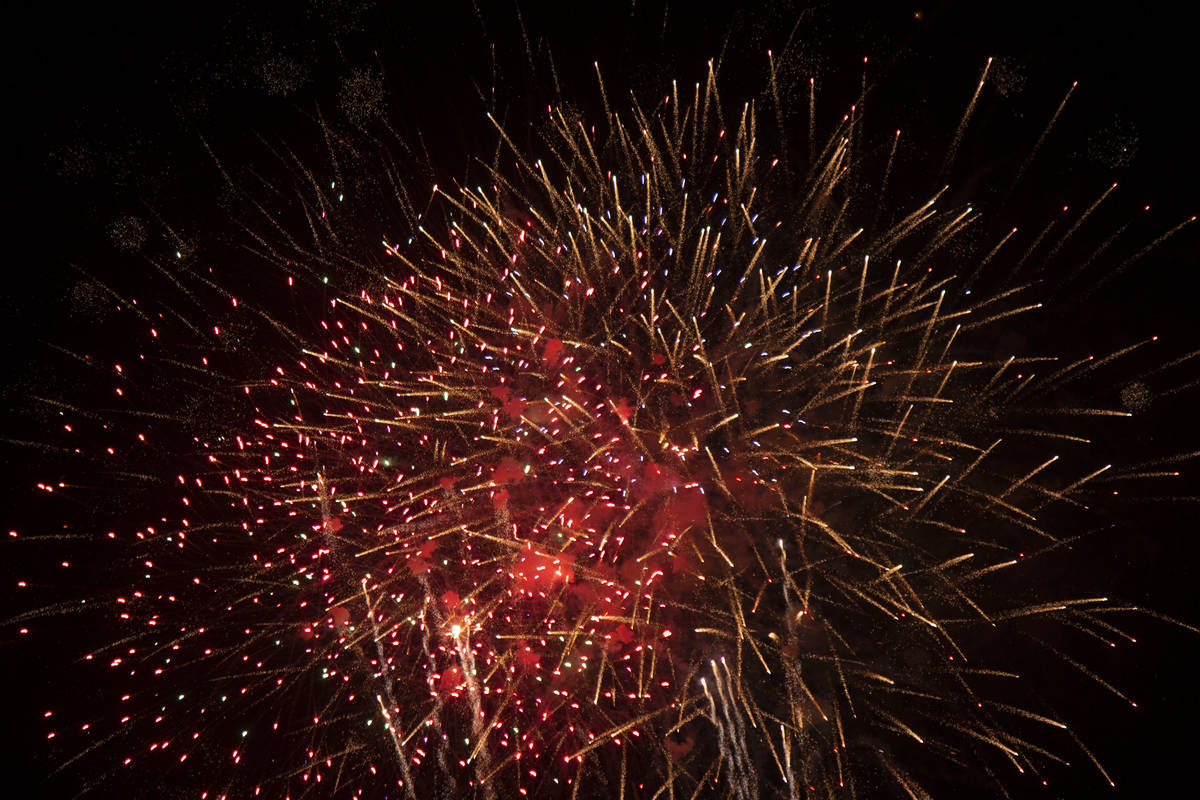 Jeffrey Meehan/Pahrump Valley Times Thousands gathered together at Petrack Park for what was one of the largest pyrotechnic displays in of Southern Nevada. 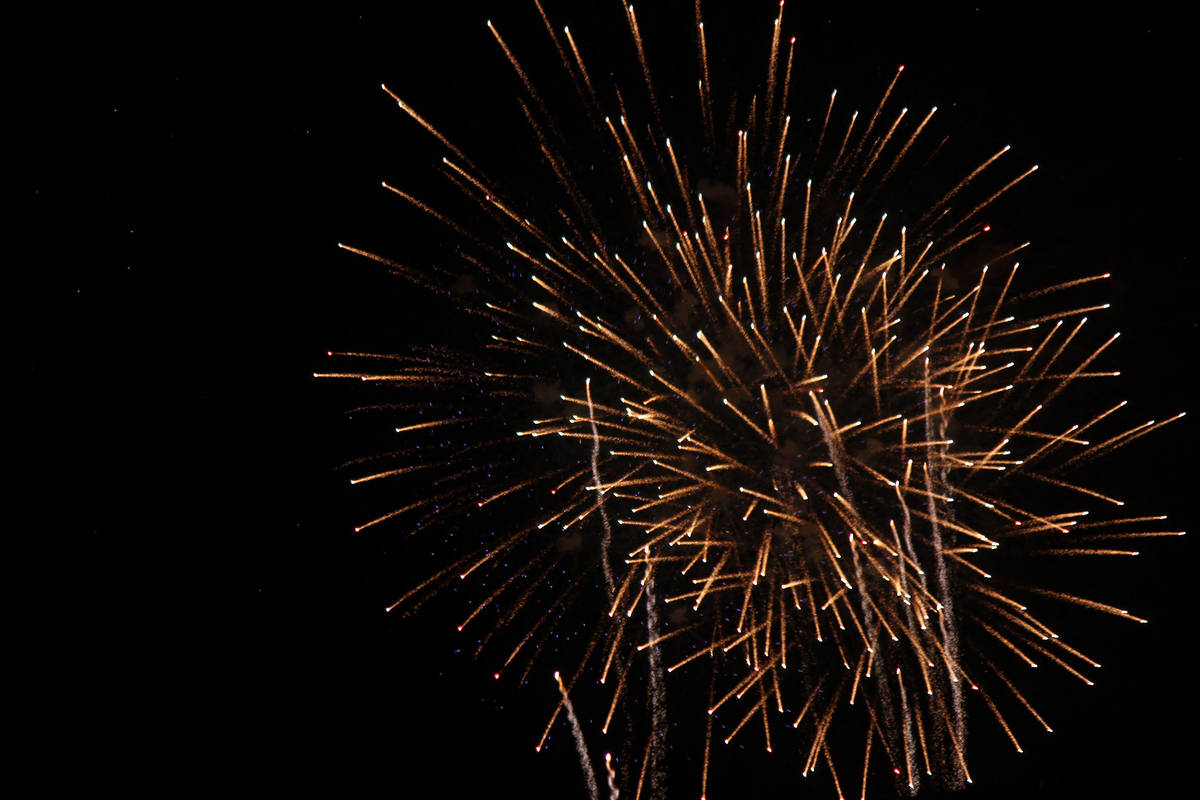 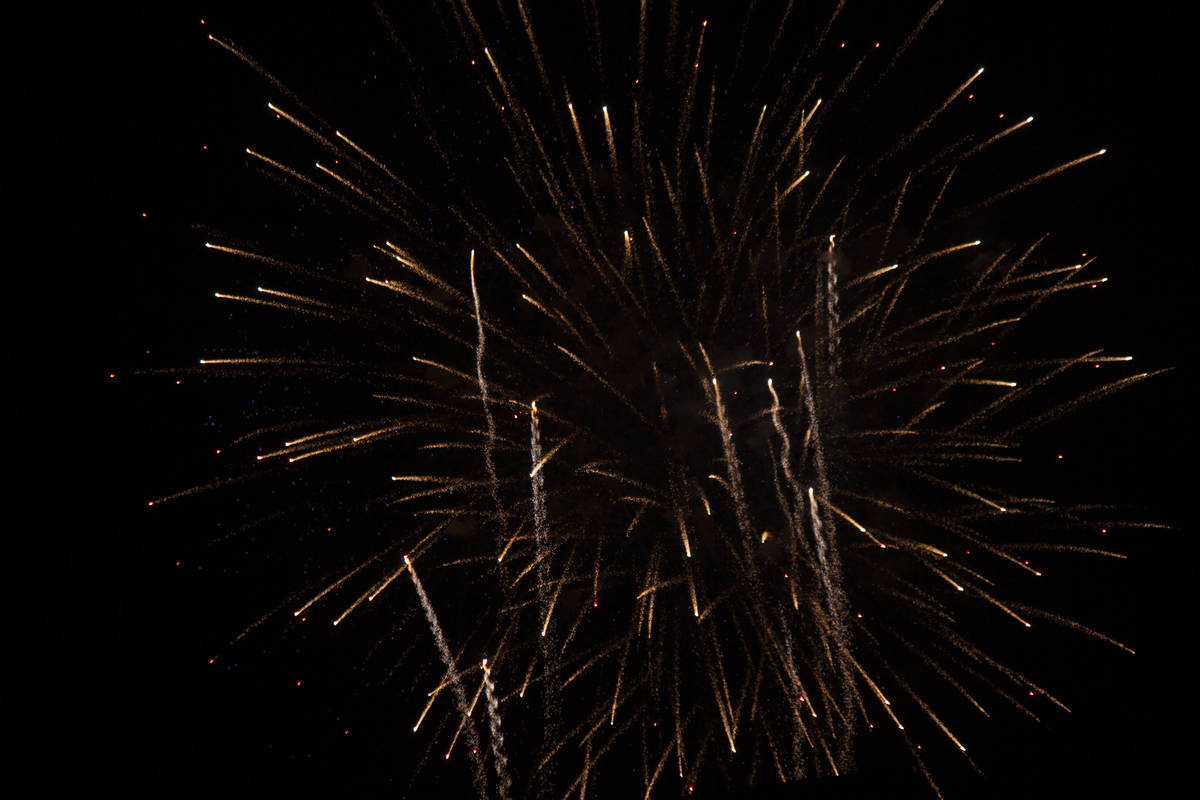 America’s 245th birthday was celebrated with true holiday style during the town of Pahrump’s annual Fourth of July Fireworks Show, which saw a huge turnout of thousands gathered together at Petrack Park for what was one of the largest pyrotechnic extravaganzas in all of Southern Nevada.

Taking place the night of Sunday, July 4, the local fireworks spectacular was once again put on by longstanding provider Zambelli Fireworks and it was definitely one for the record books.

“It took us seven days to set this show up, to blow it up in 30 minutes,” Richard Goldstein of Zambelli Fireworks told town and county officials and members of the public during the Nye County Commission’s most recent meeting. “We had a very small crew this year, did it with four people, Eddie (O’Brien), myself, my daughter and my grandson… We had a packed crowd out there, it was so nice to see people out there again! This is what we do this show for every year, for the people of Pahrump. We hoped they enjoyed it and hopefully we’ll be back next year to put on an even bigger and better show.”

Goldstein noted that this year’s show was the longest one that Zambelli has ever put on in the valley, at a total of 33 minutes in length. “It was fun and we hope you all enjoyed it,” he remarked.

He was not the only one satisfied with the outcome on Sunday night either.

Eddie O’Brien, who worked for months to design the show and took on the task of pyrotechnician that evening, was also quite pleased with the fireworks show, telling the Pahrump Valley Times, “I felt the show went great, the outcome is, no one got hurt and no fires were started from the show. That is a win for everyone. I have had great feedback which is what we always aim for. There are a lot of moving parts to these shows, as I emphasize every year. We just strive to give the people a show as a symbol of this special day.”

While it was without a doubt a successful show, it didn’t come without its challenges, one of which was the rainfall that fell on the valley the day before, threatening to dampen the fireworks set to sparkle and shine above the town the following night. The crew immediately jumped into action, however, with O’Brien stating, “The weather was somewhat of an issue, although not as bad as a few years ago when we got a downpour, but we did get some moisture on site, enough to have to cover the show.”

O’Brien reported that there was a total of 960 aerial shells used in the body of the show, along with 3,858 low-level incendiary devices. He went to extra mile to add a pre-finale that included many more shells for the playing of the national anthem and the finale itself included an incredible 2,000-plus shots fired.

O’Brien, speaking honestly, said the best part of the show for him was when it was all over and he could confidently say that Zambelli had put on another amazing fireworks display in a safe and controlled manner.

Now that this year’s Fourth of July show is a thing of the past, he can catch up on the sleep he’s been missing and take some time to relax. “I averaged about three to four hours of sleep per day and worked nonstop all night Tuesday through the show on Sunday. There was a lot that went into this show!” he detailed.

Though the Zambelli crew was made up less than a handful of people, there were many others who played a role in bringing the town of Pahrump’s Fireworks Show to the valley this year and O’Brien and Goldstein both expressed their profuse thanks to all who lent a hand.

“Shout out to Ubaldo with KPVM for helping with the audio for the beginning of the show and overall addition to the music, and Deanna O’Donnell for covering the behind-the-scenes and news clips to get the word out. Also to Rhonda Van Winkle and her amazing voice on the National Anthem, KPVM TV and 103.1 Ace Country Radio for the audio and sponsorship for the show, Jimmy Martinez with the town’s buildings and grounds and Courtney as town administrative coordinator for giving my the site two days earlier and Joyce for helping with the rodeo grounds audio,” O’Brien said with obviously gratitude.

“Thank you to the county commission for accepting our proposal and Cody Segal for helping me a few hours each night, he took a few hours off my schedule with numerous tasks, as well as Rick and Melissa Goldstein for being my eyes while I wasn’t on site, Tony and my sister Kristin for helping finish the finale, my dad’s crew who helped me set out the firing racks along with my uncle Pat who helped with takedown,” O’Brien continued. “Special thanks to my dad John who started these shows many years ago through the volunteer fire department and continued them even through difficult times, as well as for the music and choreography and permitting for the show. Thank you to everyone involved for helping us make this show a success!”

Goldstein was sure to share his appreciation for two other entities that helped keep everything safe and secure that evening, as well, thanking both the Nye County Sheriff’s Office and Pahrump Valley Fire and Rescue for their assistance in standing by on Sunday night.