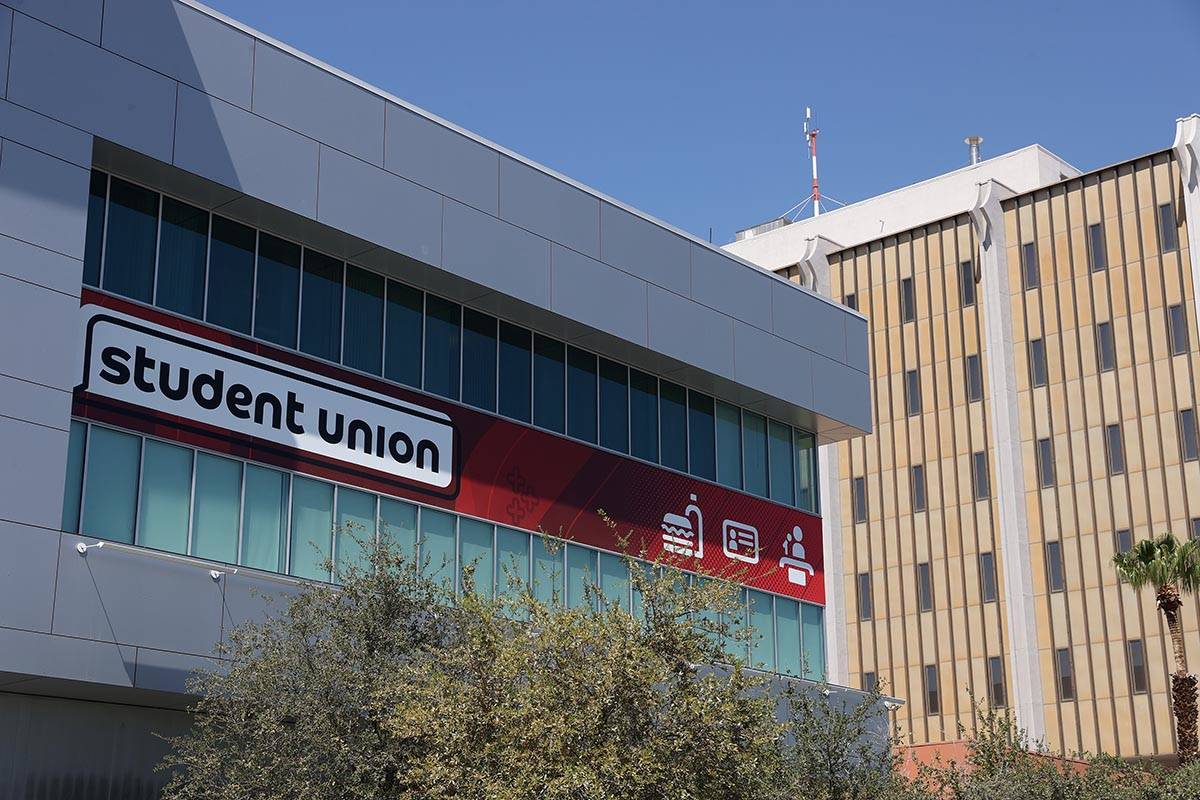 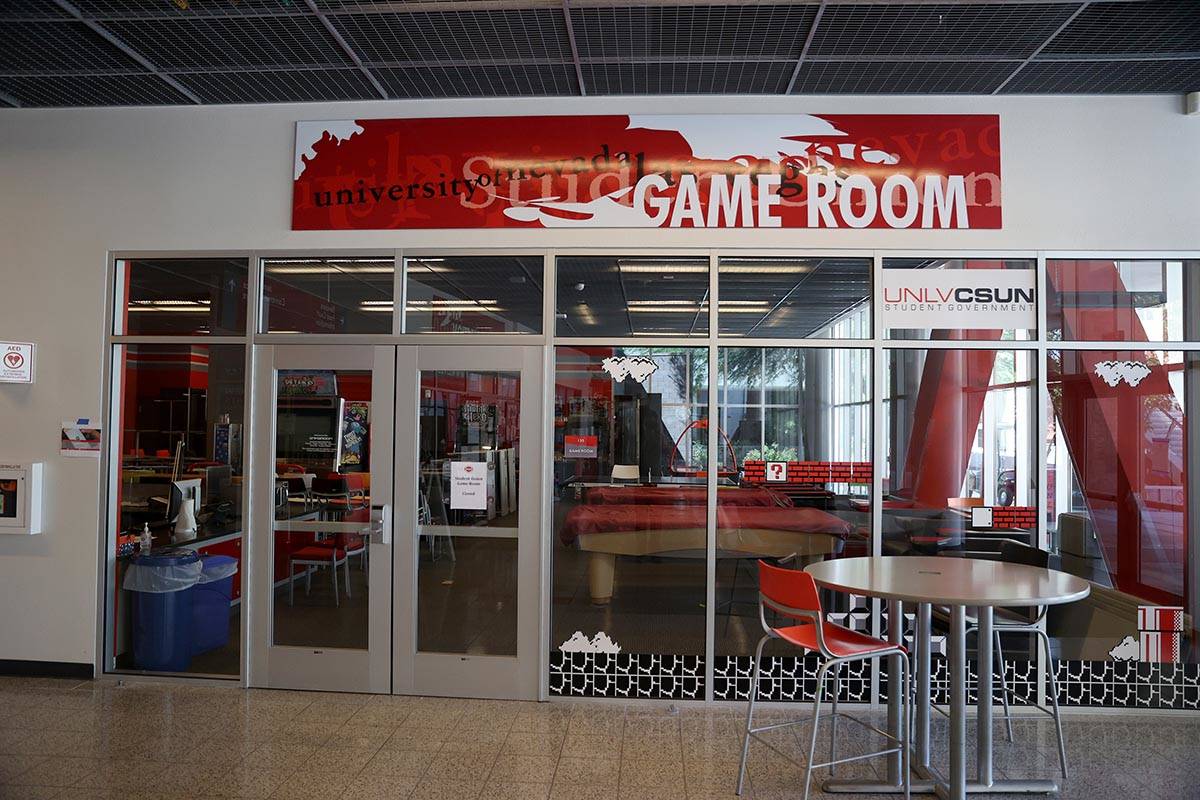 Proponents of tighter face mask restrictions on college campuses this fall on Friday urged the Nevada Board of Regents to go beyond a mandate for employees working in crowded indoor spaces approved this week by the Clark County Commission.

Unlike Tuesday’s commission meeting, when opponents of face mask requirements dominated the discussion, a majority of proponents of the coverings and other mitigation measures outnumbered the foes during Friday’s hour-plus public comment period.

Most of the speakers appeared to be Nevada System of Higher Education employees concerned about the low COVID-19 vaccination rate among college students and the risks to employees who’ll spend hours in close proximity with them. Most of them said that unlike the Clark County mandate approved Tuesday, the regents should require masks for students and visitors as well.

Some called on the regents to require vaccination in addition to masks.

On the other side of the debate, only a handful of commenters stated they were opposed to a mask mandate.

Among those speaking in favor of tighter mask restrictions was Brian Labus, an epidemiologist and assistant professor for the UNLV School of Public Health, who said he would like to see an immediate requirement for “all members of the Southern Nevada NSHE community” to wear one.

With COVID-19 metrics on the rise in the state and on-campus classes resuming soon, additional precautions are required to prevent infections, said Labus.

He was critical of the County Commission’s vote this week to require workers to wear masks in crowded indoor public spaces, regardless of their vaccination status. The requirement, which took effect Thursday, doesn’t apply to the general public.

Nevada has led the nation in new COVID-19 cases since June, most of them caused by the more contagious delta variant, he said. Only a quarter of people younger than 20 in the state have initiated vaccination, Labus said, and those 18 to 24 have the highest rates of COVID-19 infection.

“Instead, we have created the conditions that will allow COVID to flourish” in the state’s colleges, Labus said. “Our students will be at risk. Our faculty and staff will be at risk. And that risk will spread to the community.”

“The idea that we will stop the spread of disease in a large lecture hall by only requiring that the professor wear a mask, or that we can protect tens of thousands of fans at a UNLV football game by only making the ushers and food vendors wear masks is simply nonsensical,” he said.

Colleges and universities have held the vast majority of classes remotely since March 2020 due to the pandemic, but are planning to transition to mostly in-person classes starting in August.

She told the regents that the system’s COVID-19 task force has met three times in the last five days to consider options to prepare for fall semester and will soon issue a comprehensive set of science-based policy recommendations.

“We will consider all necessary actions and resources,” she said.

Rose didn’t provide further details about what’s being considered or a possible timeline for when decisions will be made.

In May, the higher education system announced it was drafting plans to mandate COVID-19 vaccinations for students for fall semester. But that’s contingent on the U.S. Food and Drug Administration first lifting the emergency use authorization for a vaccine, which hasn’t happened.

On another matter, the regents on Friday approved an agreement allowing the private Sierra Nevada University in Incline Village to become part of the University of Nevada, Reno.

The two schools announced earlier this month they were proposing a gradual merger of operations and programs. Regents received many public comments in support of the link-up.

The change will still require final approval — a process that will likely take several months — from the accreditation organization Northwest Commission on Colleges and Universities and the U.S. Department of Education.

Sierra Nevada University, which opened in 1969, anticipates having about 200 undergraduate and 325 graduate students for the upcoming school year.

In addition to a 20-acre main campus near Lake Tahoe, the private university has leased facilities in Henderson and Reno.

The university was financially impacted by the COVID-19 pandemic, according to online board meeting materials. But UNR concluded the private university has sufficient resources in order to allow for a merger.

Sierra Nevada University trustees determined a transfer of assets and operations to UNR “would be the most appropriate path for protecting the SNU students,” according to meeting materials.

Once a transitional period is complete, the Incline Village campus will be a branch campus of UNR.

UNR and SNU officials have started working on an academic plan — expected to be completed this fall — to ensure all SNU students “will have a pathway to degree completion,” according to meeting materials.

For the upcoming school year, SNU students will continue their studies with little change.

SNU announced Friday its President Rob Valli will finish his appointment July 30. Until the merger is approved by federal regulators, the SNU board of trustees will take over the governance role.

Atam Lalchandani, chair of SNU’s board of trustees, told regents the private school’s culture and size provide a personalized experience for students, he said, also noting that many academic programs are interdisciplinary.

UNR President Brian Sandoval said the merger will create something “truly special” between the two communities and two schools. He called it a generational-type opportunity that will transform Nevada education.