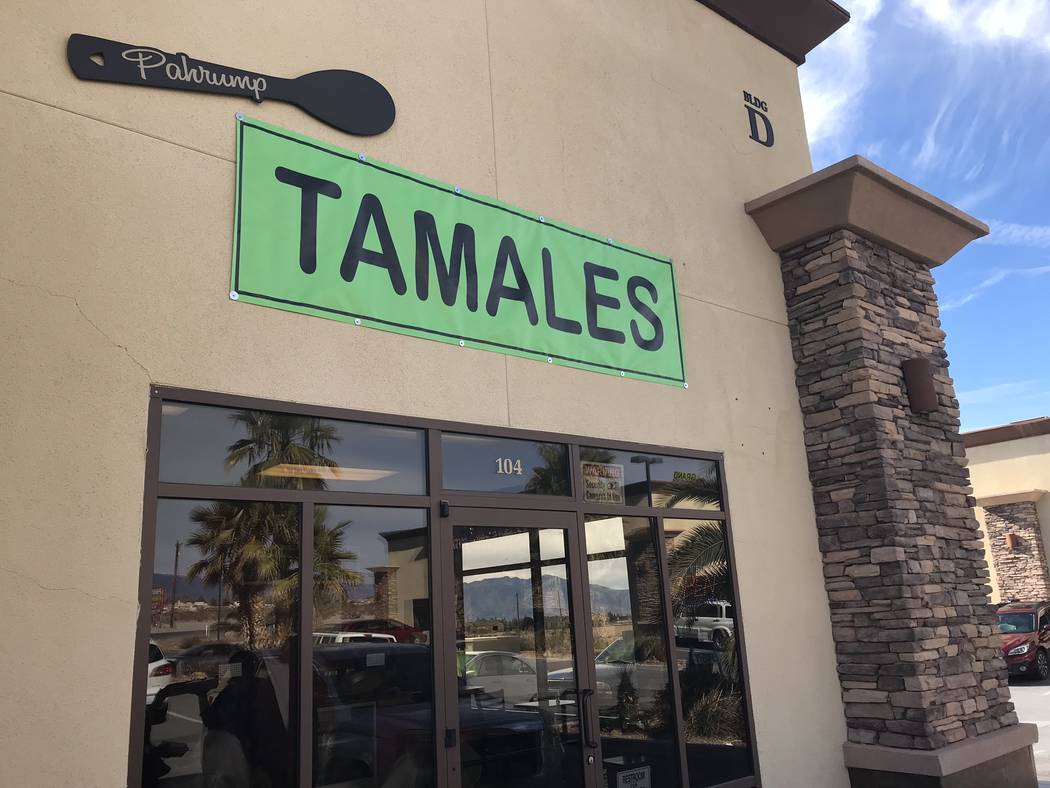 Jeffrey Meehan/Pahrump Valley Times A new eatery in Pahrump is service up several types of tamales, including dessert options. Check it out at 3640 S. Highway 160, Ste. 104. 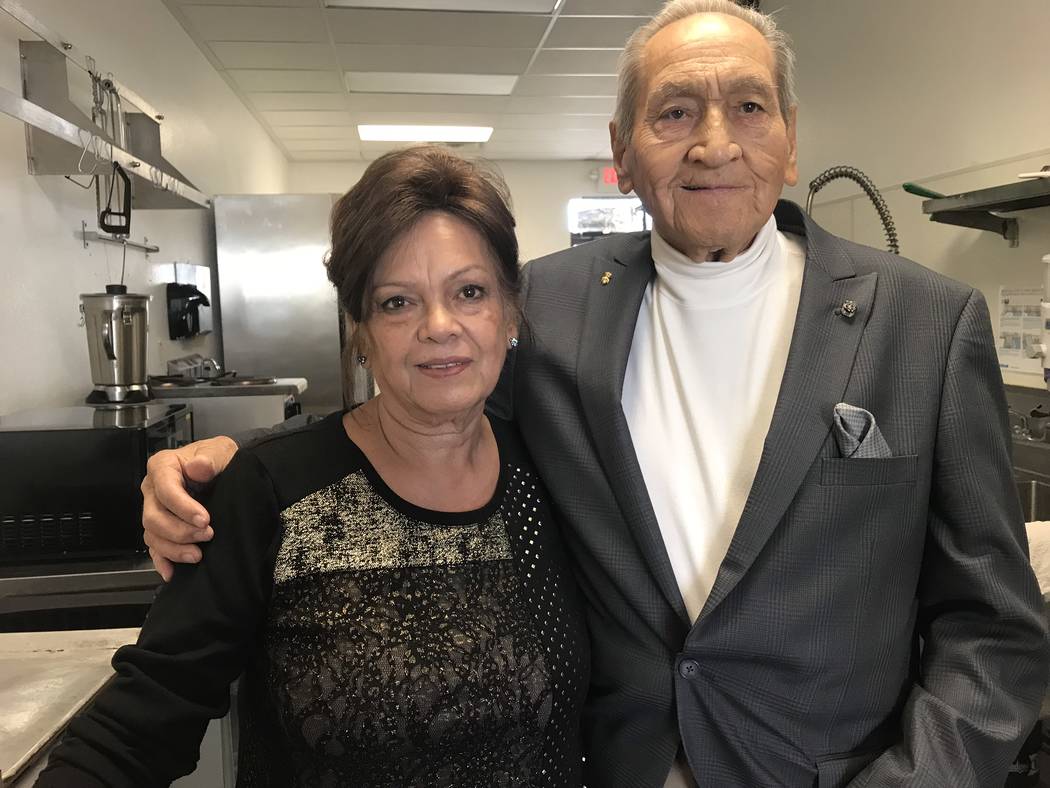 Jeffrey Meehan/Pahrump Valley Times Elizabeth Galeskas (left) stands with her uncle Lee Aguilar at their new tamale shop in Pahrump. The restaurant, which focuses on a Tex-Mex-style of cooking, opened at the end of January at 3640 S. Highway 160, Ste. 104. 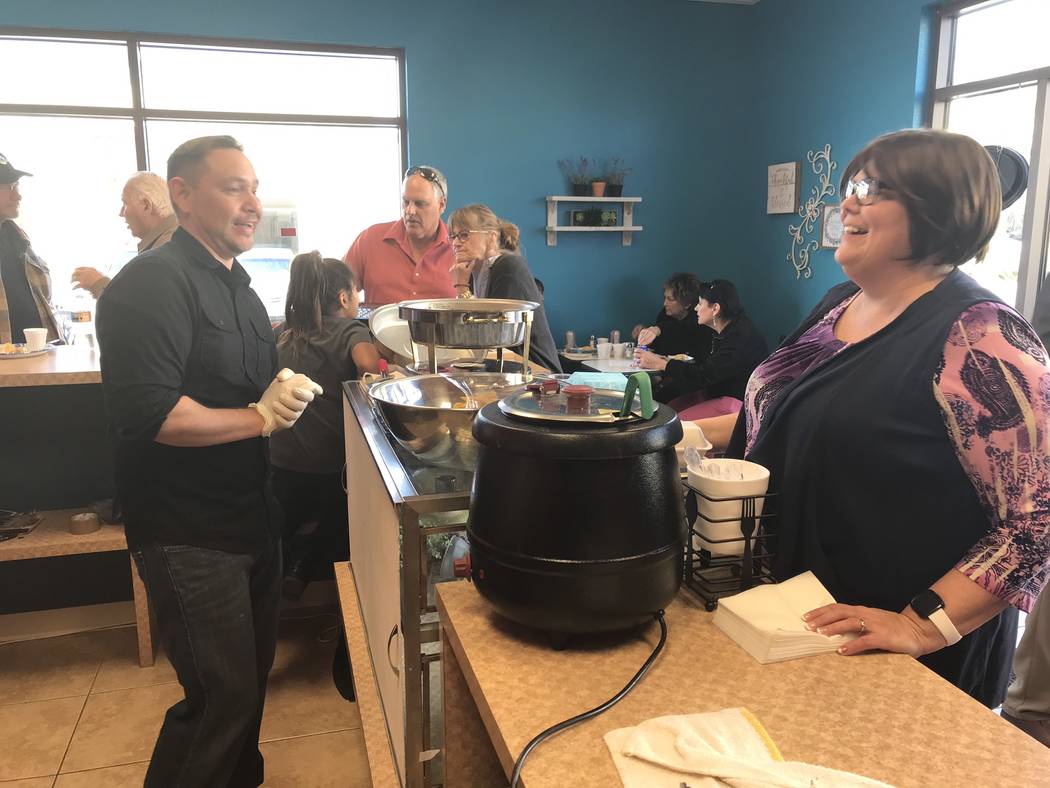 Jeffrey Meehan/Pahrump Valley Times Customers packed a new eatery at 3640 S. Highway 160, Ste. 104 that focuses on tamales on Jan. 29. The new restaurant has several styles of tamales and other food. 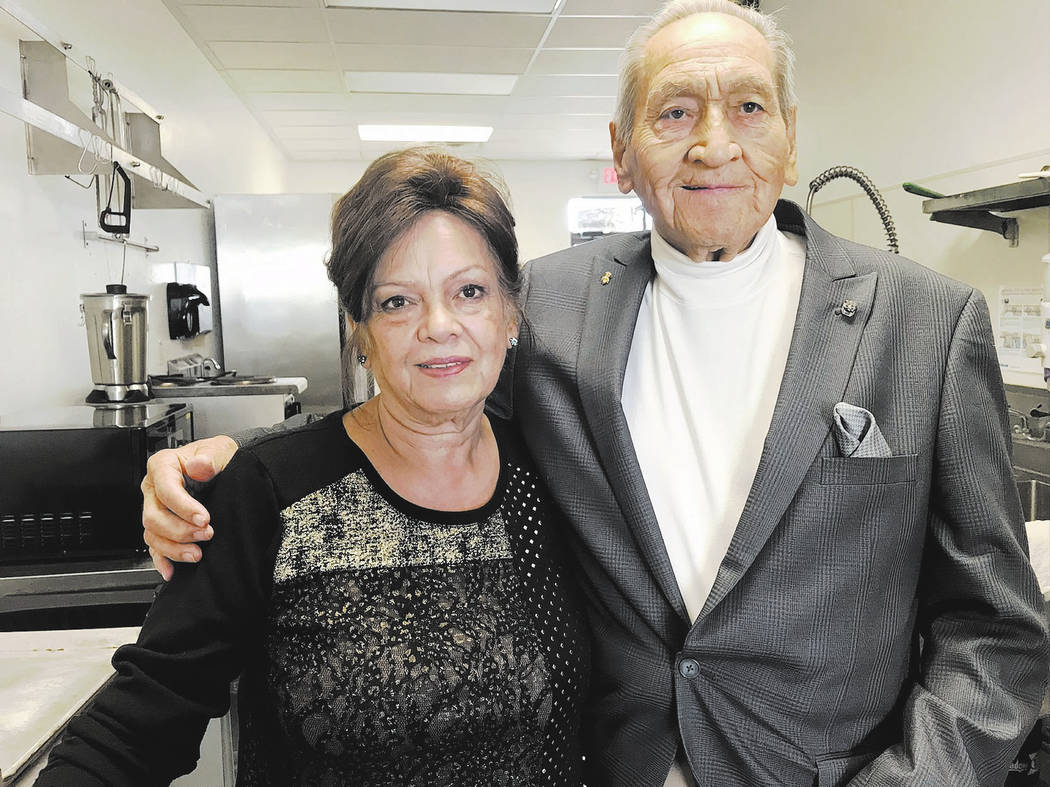 A new eatery in Pahrump is offering an array of flavors for tamale lovers.

Elizabeth Galeskas and her uncle, Lee Aguilar, brought a new taste to the Pahrump area with the opening of their new tamale shop. The new space is set to offer a variety of flavors of tamales and other food choices.

Aguilar called the restaurant “a dream come true,” for the new shop at 3460 S. Highway 160, Suite 104, the former site of Dexter Donuts. The eatery is located just behind the Red Apple Fireworks, just south of Homestead Road.

“We’ve had this dream of opening up this tamale shop for years,” Galeskas said.

That dream came true at the end of January with the launch of the new tamale shop.

Galeskas, who has spent the last several years working as a nurse, and is now retired, said she moved to Pahrump about nine months ago from California.

Aguilar has been in the Pahrump area about 16 years.

Aguilar said he was in the import business from the mid-’90s until 9/11. After that tragic event, his business crumbled, he said.

Following that, Aguilar moved to Pahrump.

Before owning an import business, Aguilar worked for the National Park Service at Lake Mead. He then worked for the bureau following that until retiring in 1994, he said.

Aguilar has lived in Texas, Arizona and California and Pahrump.

The duo is offering up a list of tamale tastes for people traveling through and to area residents. Galeskas said the recipes are her mother’s.

The cooking is a Tex-Mex style, she said.

The tamale options are beef, pork, chicken and vegetarian.

The menu will also include other choices, including Texas-style breakfast tacos and other options.

The new shop is closed on Sundays.

Specials will also be available for Tamale Thursday, Galeskas said.

Editor’s Note: This report has been updated to show a change in the hours of operation for the local restaurant.