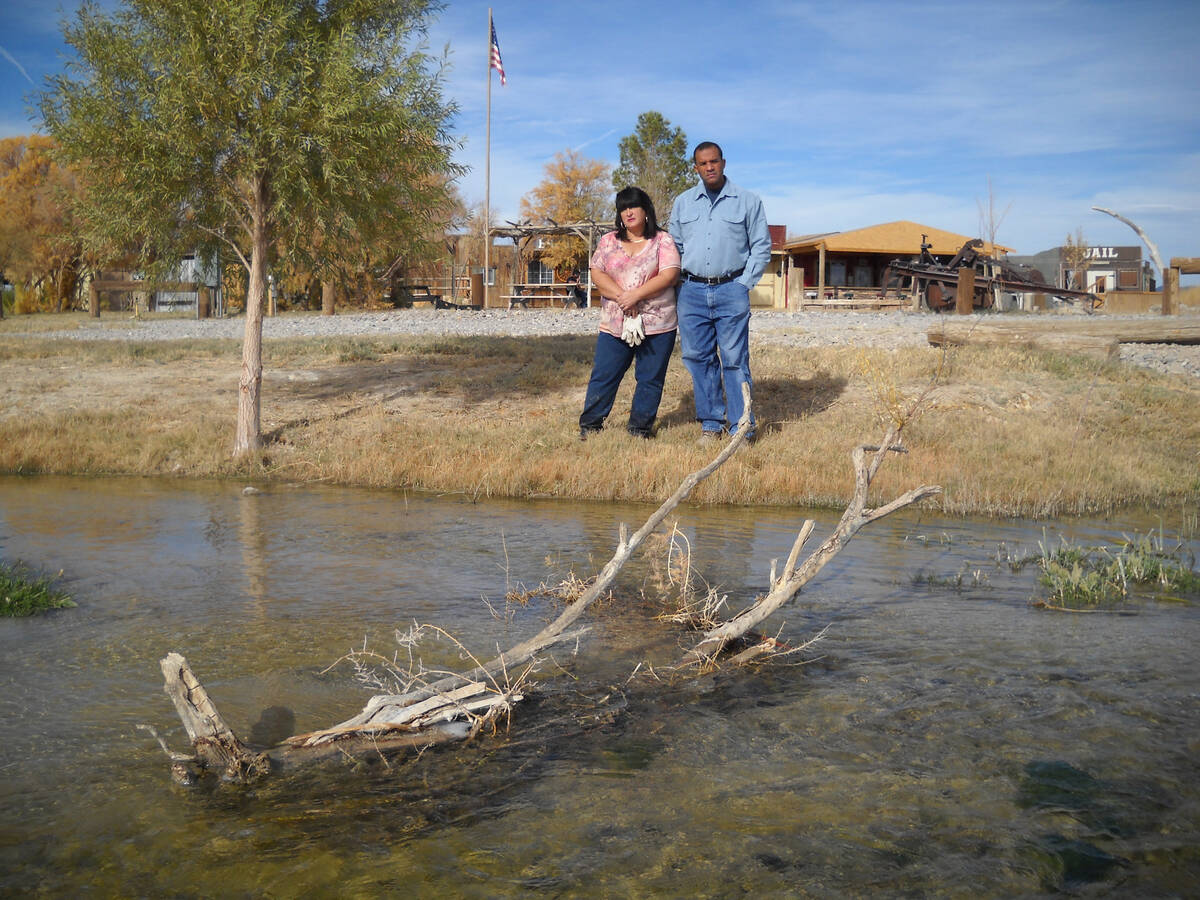 Special to the Pahrump Valley Times Victor and Annette Fuentes at their Patch of Heaven Christian Camp in 2007, not long after they purchased the property. The scene has since completely changed, thanks to a water diversion project by a federal agency and the Fuentes' have been fighting to have that water restored for years. Now, Victor is planning to take matters into his own hands and reopening the Carson Slough himself.

Sometimes when you need something done, you simply have to do it yourself.

This is the situation Victor Fuentes has found himself in. Fuentes has been waiting for years for the water in which he has a vested right to be returned to its former pathway, the Carson Slough, so it can be utilized at his Patch of Heaven Christian Camp. But now, he’s decided he’s not going to accept delays any longer.

“In 2010, Fish and Wildlife illegally and unlawfully diverted the water from my property, of which I have the senior vested water right,” Fuentes told Nye County commissioners and the public at the board’s July 19 meeting. “They should not touch my water, they should not touch the Carson Slough.”

Fuentes explained that after the waterway was altered, causing it to bypass the 40 acres that make up the Patch of Heaven Christian Camp inside the Ash Meadows National Wildlife Refuge, he took legal action that resulted in the Nevada State Engineer’s Office ordering the U.S. Fish and Wildlife Service to restore the water. That order was issued in 2017 and should have been the end of the matter but, as Fuentes said, it wasn’t. To this day, he still does not have the water to which he is entitled and he is now completely fed up.

Those in attendance at the meeting erupted in applause following Fuentes’ comments. It was clear that he and his wife will have plenty of support when taking the situation into their own hands to force a resolution and not just from the public, either. In the past, Nye County has stood with the Fuentes family in their fight for water and commissioners recently reiterated their stance by approving a letter in June to be sent to the state engineer, asking for expediency in addressing the continuing problem. Commissioner Debra Strickland also noted that morning that her backing of the Fuentes is still staunch and she would like to be on site to watch as the couple restore their water.

“Mr. Fuentes, if you’re going for it, give us a date and time, man. I’d like to see what happens there. I’d like to be there to support you,” she said.

For background details on the battle between Patch of Heaven and the U.S. Fish and Wildlife Service visit www.pvtimes.com.