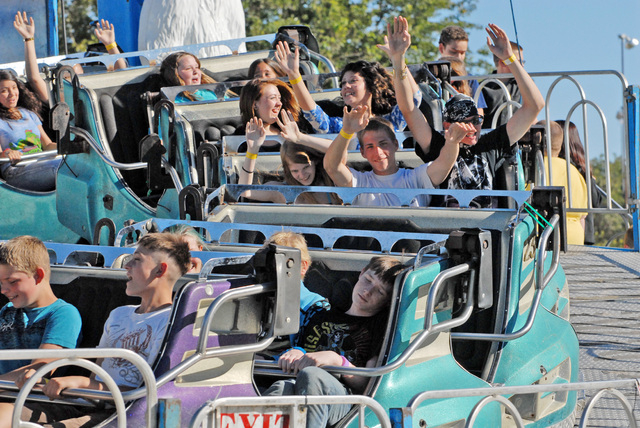 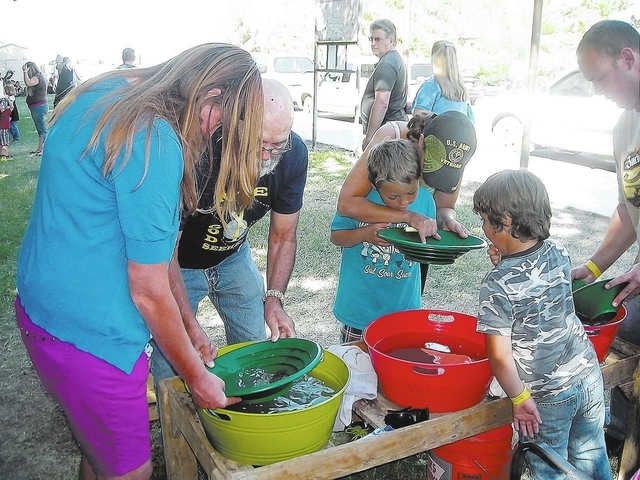 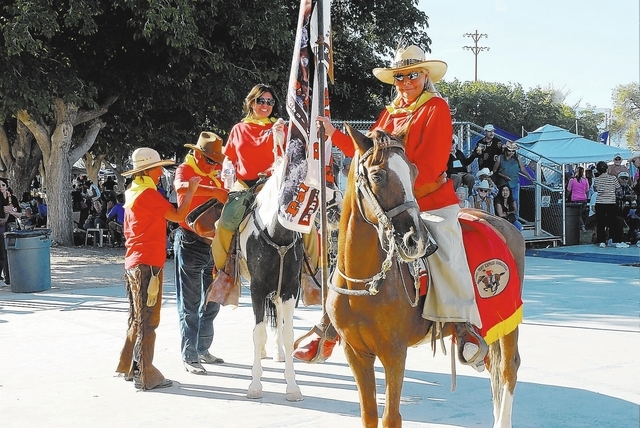 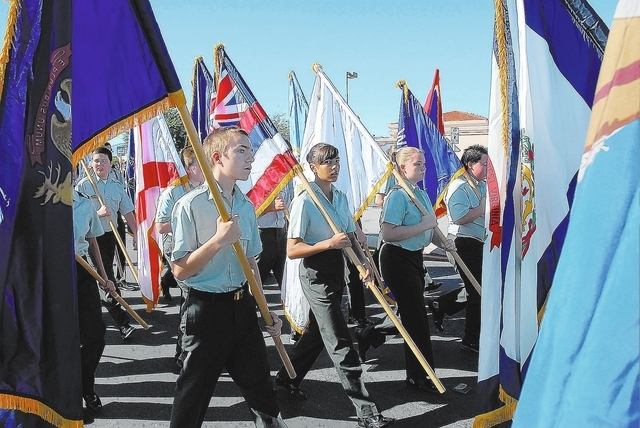 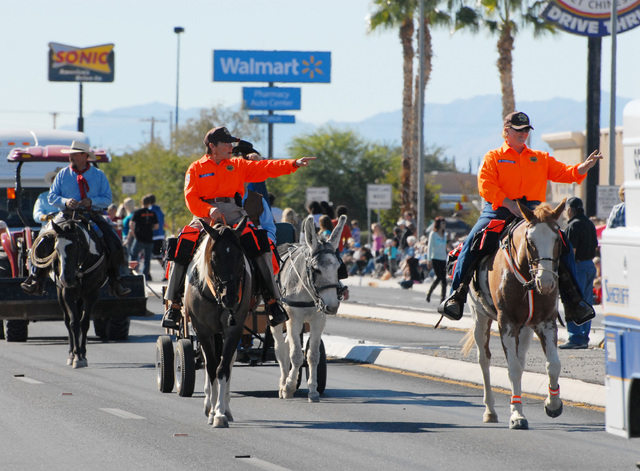 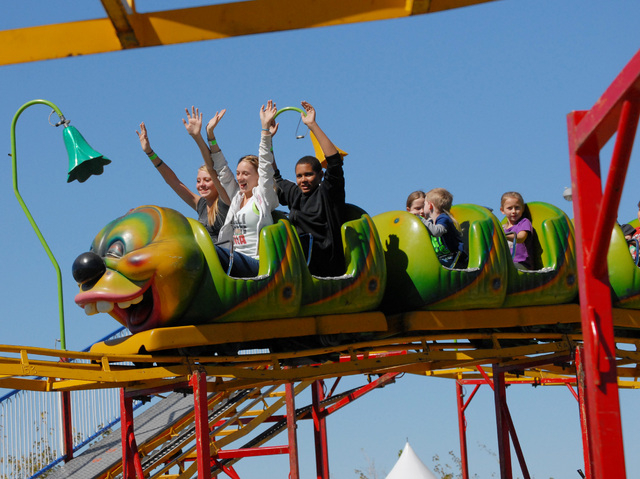 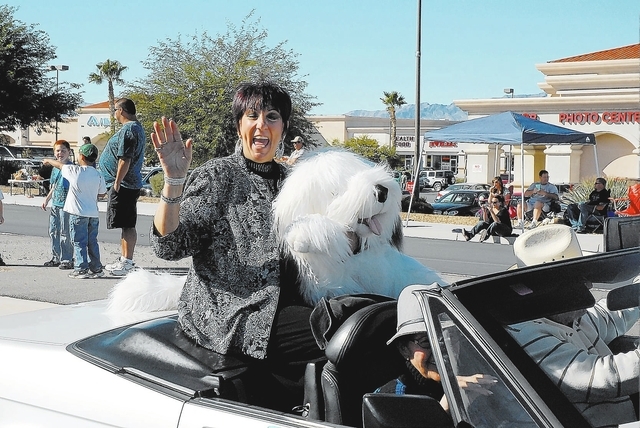 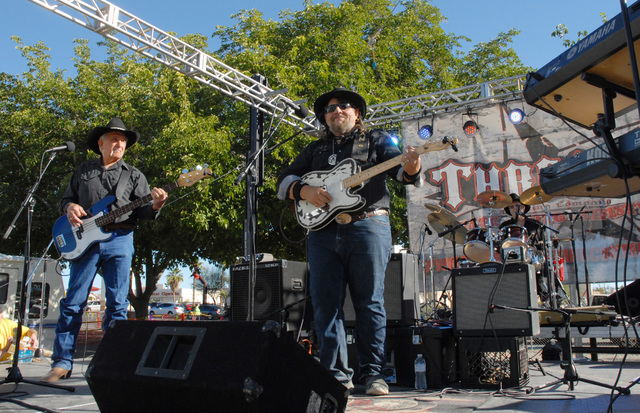 Except perhaps for the chilly start on Thursday, the 2013 Pahrump Fall Festival was deemed a successful event as upwards of 25,000 people attended the four-day festivities.

Gusty conditions along with late afternoon highs in the low 50s forced vendors and fairgoers alike to dress warmly.

She said she made certain to check out everything the festival had to offer both outdoors and inside the Bob Ruud Community Center.

“I thought the food was really great and I was very impressed with the fact that the vendors were cognizant of what they were charging. There was one vendor who had ladies’ blue jeans for about $20. I also went inside the arts and crafts portion and we have a lot of talented quilters in this town. Those quilts were just absolutely gorgeous. I did not partake in the carnival rides this year. If I were a little bit younger, I most certainly would have,” she said.

On Monday, organizer Matt Luis said all things considered, including the sporty weather conditions, the event went off with few glitches.

With all of the wind on Thursday, it definitely had an influence on it. I walked around and spoke to a lot of the vendors on Sunday morning and I understand most of them did well. I think the only real concern we had was with the size of the carnival this year because it seemed to be a little bit smaller and that will definitely be addressed. There were very few rides for the younger kids and the town was kind of caught off guard but it will be addressed,” he said.

Davis Amusements in Pahrump has been associated with the carnival portion of the festival for many years.

Michael Davis said he and his staff look forward each year to the fall festival.

“This is our fourth or fifth year doing this and it gets better every time. We are local and it holds a special thing. We come in and do as best as we can. This is a big deal for us each year. It’s not quite the largest event that we do, but it is definitely on that list. We can contract and expand as we need to so there are times we are in a parking lot doing a very small festival, and there are times where in a place like this, we have 23, 24, or 25 rides out there and this is a good sized event for us,” he said.

Davis also said his company strives to provide a variety of rides that guests of all ages can enjoy.

“We try to shake it up each year because nobody wants to see the same thing every time. There are things that you can’t live without like the merry-go-round and the Ferris wheel. There are other things that we try to interchange and switch them as need be. We try to cover it all and have mom and dad ride with the kids if possible. If you don’t want to go upside down, you don’t have to but that’s an option too. We also have the carnival food favorites so we can’t turn your stomach properly unless we feed you first. Just about anything on a stick, we had it,” he said with a smile.

Just adjacent to the carnival area, dozens of vendors set up shop.

“We had 106 vendors, which equals to about 129 booths taken up so a lot of people have doubles. We can accommodate up to 200 booths. Up to 150 is a pretty comfortable number because if you start to go over that number, it kind of takes away from the festival,” Luis said.

Local resident Pete Wallace has been a regular attendee of the event for 27 years.

Wallace noted that the event has been scaled back compared to previous years.

“It’s not as big as it has been in the past. We used to have a lot of good shows like the model steam engines. The sheriff used to put on a K-9 demonstration for many years. Tony DeMeo used to be out here with his own dog Diesel and the other K-9s. This year wasn’t that bad at all because they do seem to have a few more vendors than last year. It’s pretty good,” he said.

Local HVAC contractor Jonaire was one of the scores of vendors who signed up for the event.

John Jones who was manning the booth on Saturday said he too noticed a larger turnout this year.

“We did one a couple of years ago but we came back this year and saw a bigger and better turnout. There’s a lot more people and everybody seems to be very nice and receptive. As a business person in the valley every once in a while you lose contact with people and this gets us back to the one-on-one with our customers to let them know that we are still here and looking out for them as best as we can,” he said.

Entertainment is always a popular draw during the festival.

Local resident Patrick Nice and his wife secured a shady spot near the stage to get a close view of the performers.

Nice and his family have attended the event for the past 16 years.

“Even though it seems a little smaller, we still enjoy coming out here. It’s a fun family event where everybody gets to meet new people. The entertainment is always great with the live bands. Sometimes we have the same bands but they are all very talented. On the vendors’ side they used to have Round Mountain Gold here and the kids got to pan for gold but they don’t come out here anymore. All of the food is excellent and they do have great barbecue here,” he said.

Pahrump Town Board Chair Harley Kulkin spent much of the weekend talking to the vendors and guests.

Kulkin said he jotted down a few suggestions from attendees on how to expand on future festivals.

“Most of the things were reasonable and will be addressed to improve it for next year. One concern was having vendor parking closer to the grounds to transport their materials to their booth. Some thought the price of the rides was a little bit more expensive than other places. Another concern was some people didn’t get the same booth they may have had for many years. I’m looking to form a roundtable discussion to get all of the people involved so they discuss some of the issues to see if we can make it better for them next year. All of the vendors greatly appreciated having someone come around asking about how they felt about this year’s event and how it could be even better next year,” he said.

The chairman also said it would be best that the fall festival does not compete with other area events in southern Nevada next year.

“I also want to discuss the days the event takes place because one of the things I found out that Henderson will be doing a big car show. I felt strongly that next weekend would have a better weekend to have our event because it would complement the big motorcycle rally that goes into Vegas so we will take a close look at that issue,” he said.

Kulkin also talked about Saturday’s parade where he, the town manager and a few other board members were allowed to ride on an antique fire truck courtesy of Pahrump Valley Fire and Rescue Services.

“Amy Riches, Bill Dolan and I were riding on the back of the truck while one of the firefighters drove. That was a lot of fun, waving at everybody along the parade route. That was the only ride I was on because I’m a little too old for the carnival so I left that to all of the kids over there,” he said.

Due to a prior commitment, Board member Dr. Tom Waters could not make the parade.

He said afterward that the event was a success and the town will build on the positives for the 2014 event which he also said he hopes the town will continue to organize it as well.

“Everyone that I talked to said it was great except for something minor. I hope that the town picks it up every year just like they did this time with the volunteers and the non-profits,” he said.