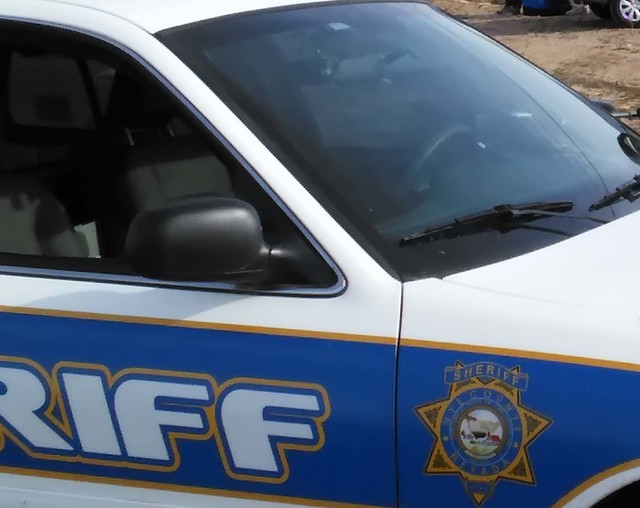 A fight that started out over a relationship led to shots being fired, the Nye County Sheriff’s Office said.

As NCSO deputies were responding to the area of Leslie Street and Anns Road Sunday night around 7 p.m. to a report of a disturbance, they witnessed a large crowd of people fleeing the area.

Deputies learned that the crowd left the area after gunshots were reportedly fired into a vehicle at the scene.

As NCSO investigated the situation, they learned that there was a large fight over a girl and that witnesses were not cooperating with the investigation, so no suspects or arrests have been made at this time.

Two males were treated for injuries relating to the fight at Desert View Hospital and released, but no one was injured as result of the gunfire, police said.

The investigation into the incident is ongoing and anyone with information is urged to call the Nye County Sheriff’s Office at 775-751-7000 or email them at ncso_detectives@co.nye.nv.us.