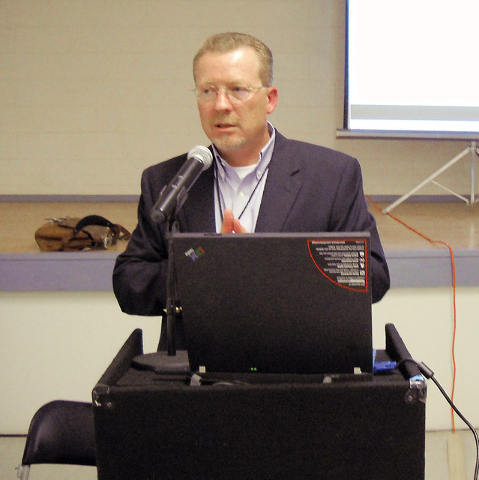 The Nevada Public Utilities Commission altered the language in the final order dismissing a complaint filed by NV Energy over a Valley Electric Association contract to supply power to Creech Air Force Base.

On Jan. 18, NV Energy filed a complaint alleging VEA was operating as a public utility without a Certificate of Public Convenience and Necessity within their exclusive territory. VEA filed a motion to dismiss the complaint March 6 which was granted in a draft order issued Sept. 25.

The case raised a question of whether the privatization contract made VEA subject to the jurisdiction of the Public Utilities Commission. VEA doesn’t resell the power or meter the power. The commission found that whatever way the Air Force decided to handle facilities on the customer side of the meter is only relevant to NV Energy if it interfered with their ability to provide safe and reliable service.

The commission found the public interest isn’t served by PUC regulation of Valley Electric activities at Creech AFB at this time and VEA doesn’t need to obtain a Certificate of Public Convenience and Necessity for these activities.

PUC staff said if VEA was to be involved in sub-metering, that recommendation could change. The commission said Valley Electric had privileges as a cooperative, like access to discounted, government-backed financing and preferential treatment of tax liabilities that are unavailable to other competing businesses in the state of Nevada.

The final order leaves intact a question posed by the PUC how a cooperative association can be authorized to conduct business outside its service territory. But language in the draft order was deleted that said, “nonetheless such inquiries appear to be beyond the scope of the commission’s jurisdiction in this case and instead fall within the jurisdiction of the Department of Taxation, Internal Revenue Service and other state and federal agencies.”

Other language in the draft order was deleted that stated, “it is difficult to understand why VEA would knowingly enter into the privatization contract, that could, by its terms and conditions, require VEA to operate a regulated public utility outside of its certificated service territory. VEA’s response suggests that this issue has not been considered by VEA. It is inexplicable why this was not addressed before the privatization contract was entered into as it materially impacts VEA’s ability to operate lawfully in Nevada.”

Other language in the draft order was deleted that said, “it is baffling why VEA would knowingly and willingly enter into a contract that through its provisions, would result in violating the terms of its CPCN, or, alternatively, result in contract termination costs. Yet, VEA has willingly entered into such a transaction and thereby, knowingly exposed its members to the costs resulting from potentially terminating the privatization contract in order to remain compliant with the terms and conditions of its CPCN.”

The PUC in its final order, inserted the following language:

“Should VEA in any way propose to alter the activities performed as identified on this record and in this order to include services that are or could be construed as regulated utility services, the commission finds that VEA shall file a request for commission review prior to the performance of such activities, so the commission can determine whether and the extent to which VEA’s CPCN must be addressed.”

In another VEA matter, the PUC will hold a hearing on whether to approve Valley Electric’s construction of additional reliability interconnection at the U.S. Department of Energy’s Mercury Switching Center for the Nevada National Security Site, or issue a declaratory order finding the interconnection doesn’t require commission approval. That hearing is scheduled for 10 a.m. Jan. 10, 2014 at the PUC hearing room, 9075 W. Diablo Dr., Suite 250, Las Vegas.

VEA received a $61.6 million contract to provide electrical service to the NNSS, formerly known as the Nevada Test Site, in September 2012. NV Energy had filed a petition for a declaratory order, but not a complaint, alleging VEA had to file an application with the Public Utilities Commission and pay an exit fee before taking over the power contract, under state law.