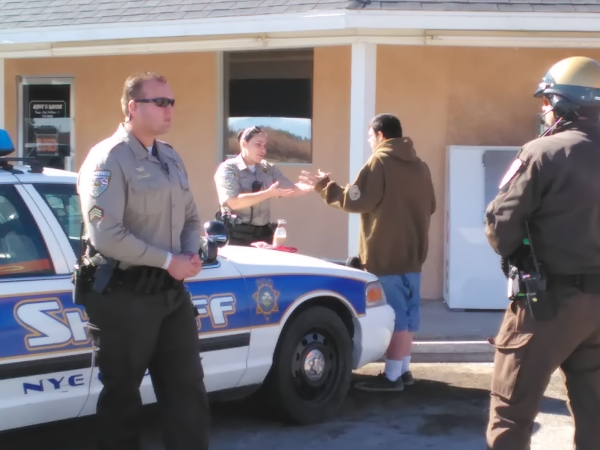 Fire crews had to travel just a few hundred yards from Station One as they responded to a report of a vehicle fire on Thursday.

Fire Chief Scott Lewis said his department was dispatched to a stretch of North Highway 160, mere seconds from the scene at Boot Hill Drive, just after 6 a.m.

“Upon arrival we had a fully-involved fire in the engine compartment,” he said. “There were other vehicles starting to come into that parking lot, that’s normally used by commuters working at the test site. They quickly extinguished that fire with no further extensions and there were no injuries.”

On Friday, fire crews responded to East Mesquite Avenue after a motorist struck a horse just after 2:30 a.m.

“It was just west of the Southern Nevada Detention Center,” Lewis said. “Upon arrival, we in fact, found significant damage to the vehicle. There was no entrapment or injuries to the occupant, however the horse sustained serious extremity injuries and eventually it was put down by the Nye County Sheriff’s Office on the scene. It was deemed to be a BLM wild horse. The fire department remained on location and assisted the sheriff’s office with the eventual cleanup.”

On Monday, fire crews were dispatched to the 3600 block of West China Street for an unknown type fire, according to Lewis.

“Upon arrival, we found a rubbish fire with numerous exposures, including structures,” he said. “The rubbish fire was quickly controlled with no further extensions and there were no injuries. The fire is under investigation.”