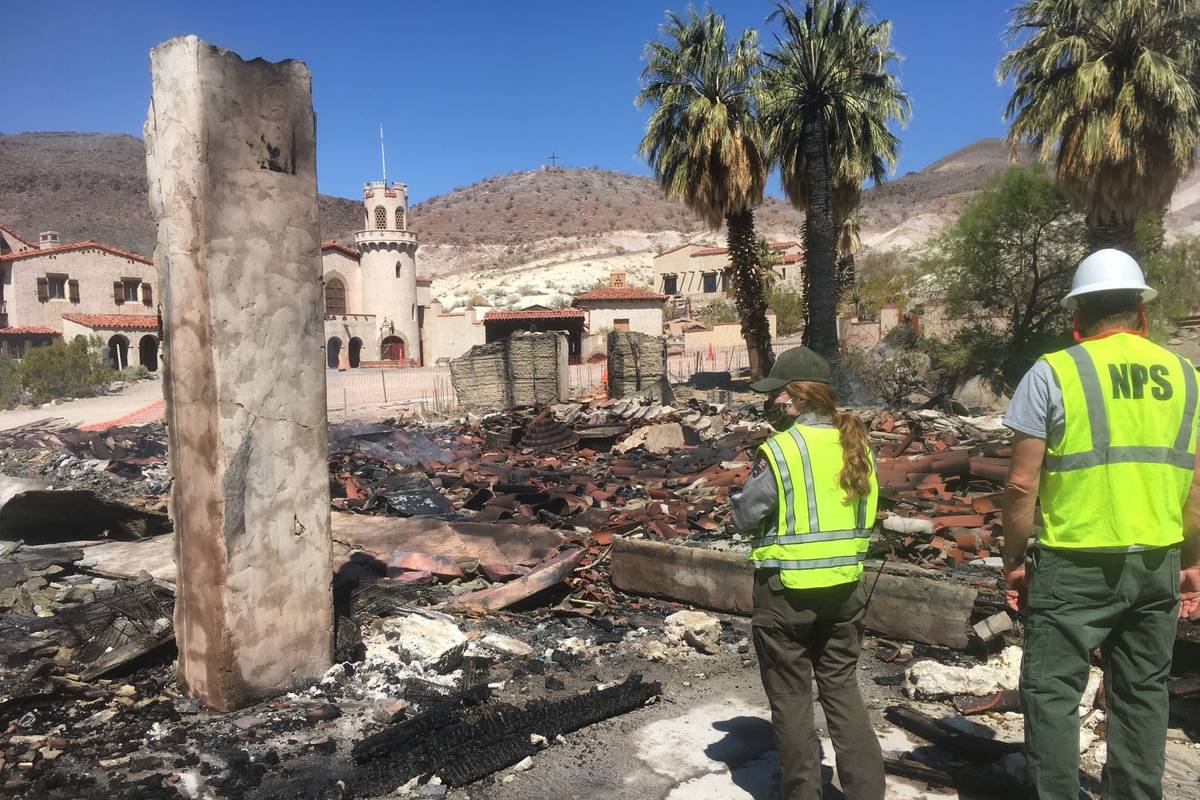 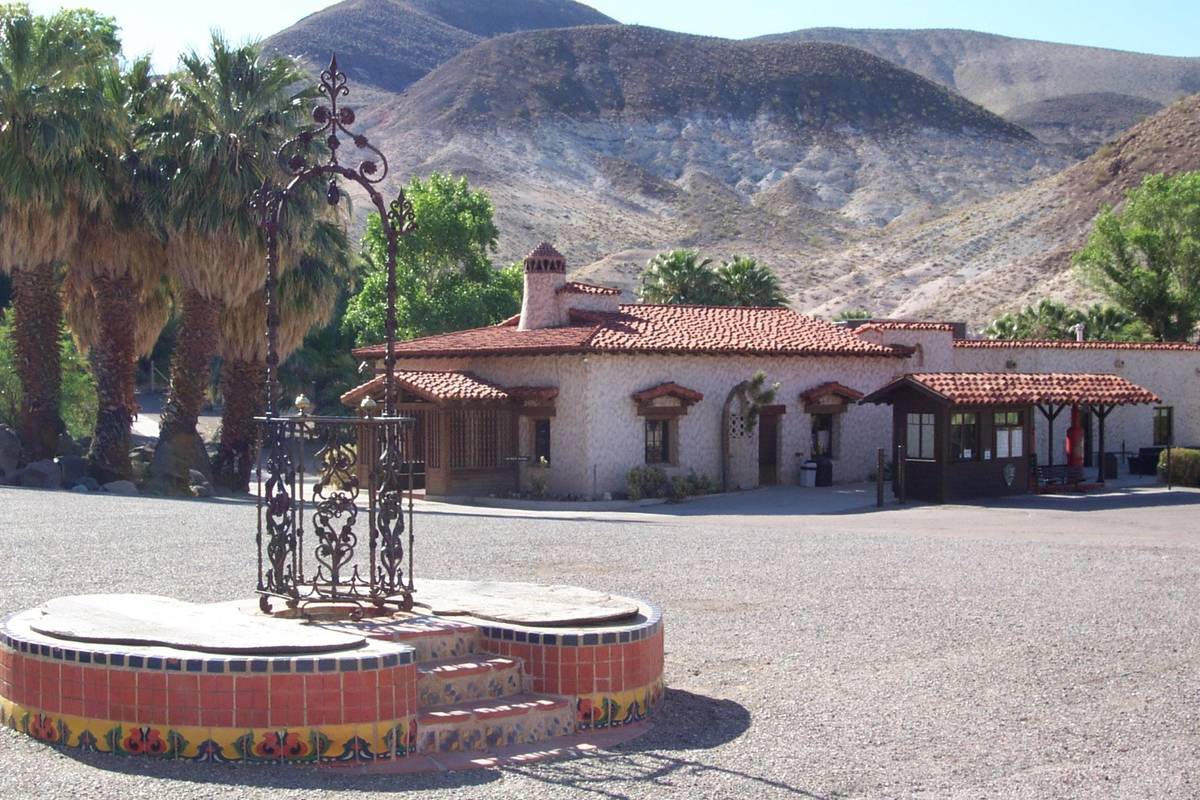 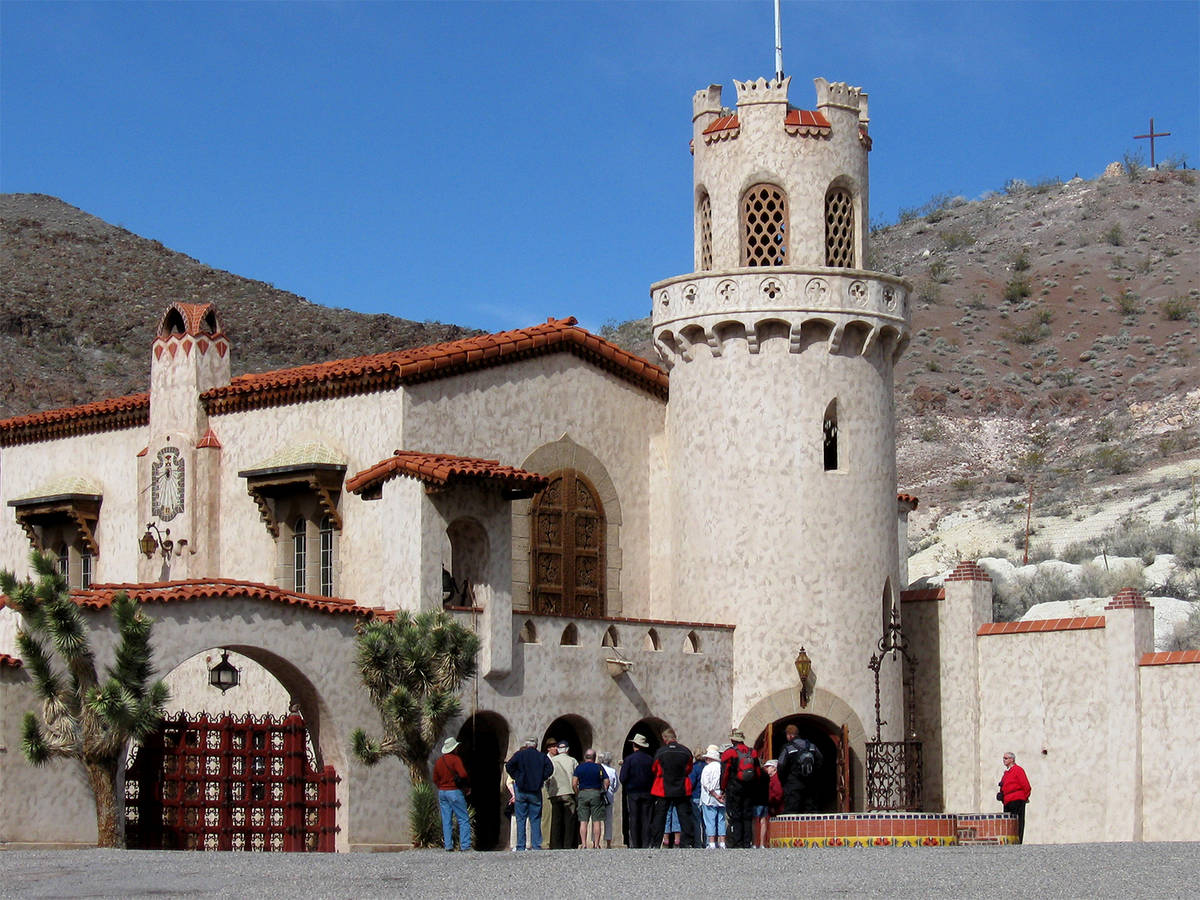 A look at Scotty's Castle prior to the October 2015 flood. (Las Vegas Review-Journal)

The historic district, in the northern section of the park, has been closed for ongoing repair work after extensive flood damage in 2015.

Officials said that upon arriving at the work site Thursday morning, construction contractors reported a fire within the garage and long shed buildings. Contractors on the scene attempted to stop the fire from spreading into the long shed.

The historic main house and other surrounding historic structures were unharmed. The cause of the fire is unknown and under investigation.

The historic garage, which was used as a visitor center, was the most heavily damaged building in the October 2015 flash flood. Scotty’s Castle is about 55 miles north of and 3,000 feet above Furnace Creek.

Scotty’s Castle was constructed in the 1920s as a vacation home for Albert and Bessie Johnson, millionaires from Chicago. Since its construction, Scotty’s Castle has drawn visitors seeking the truth behind the legend that it was built on a gold mine owned by the Johnsons’ friend, Walter “Scotty” Scott.