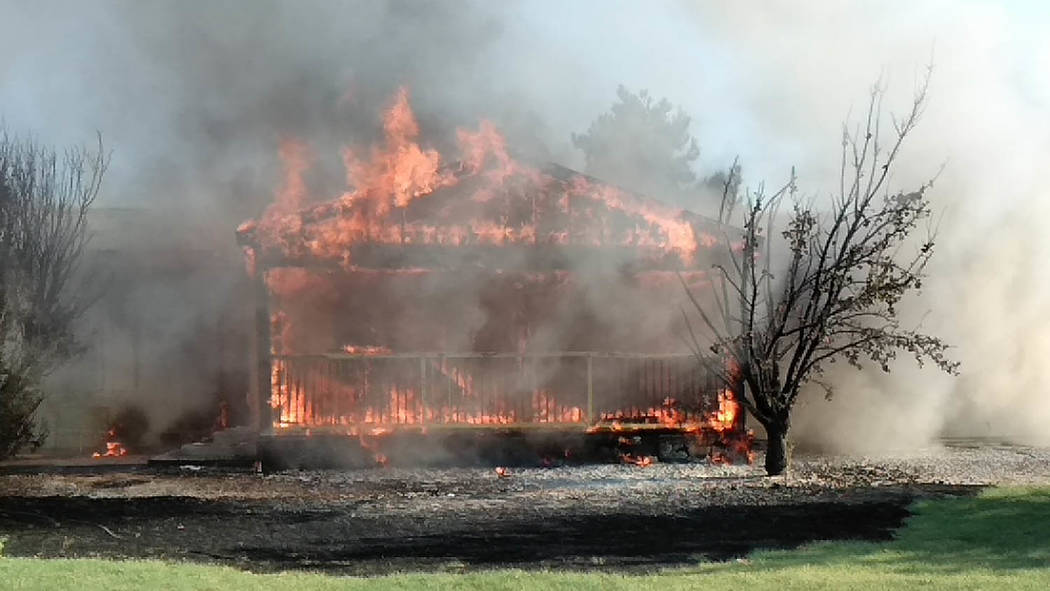 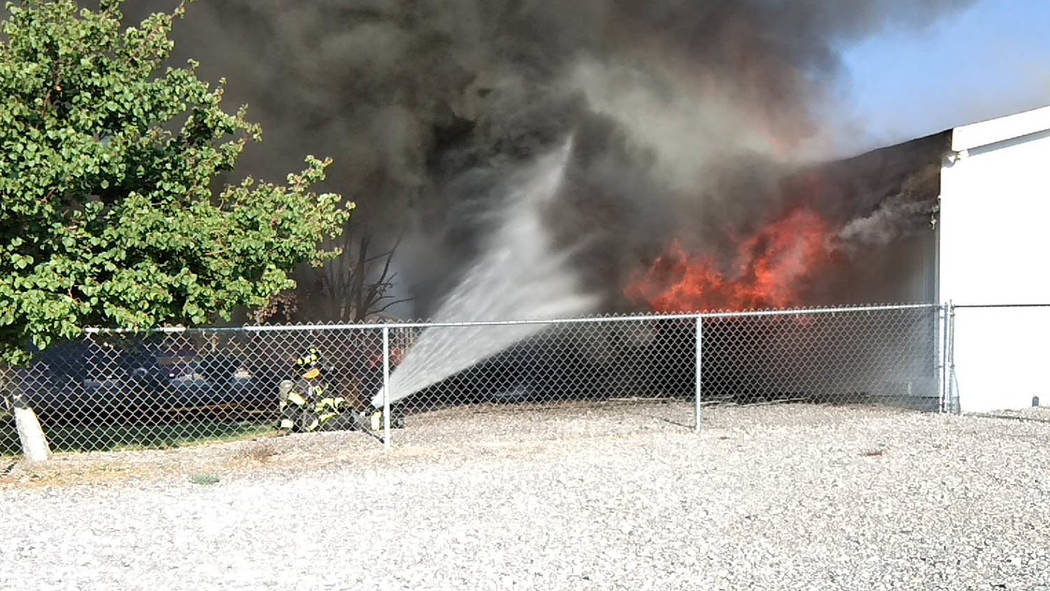 Selwyn Harris/Pahrump Valley Times Pahrump Fire Chief Scott Lewis said the improper disposal of smoking materials was the cause of last Tuesday's structure fire on East Paiute Boulevard. The home was a total loss as a result of a delayed notification to the fire department. 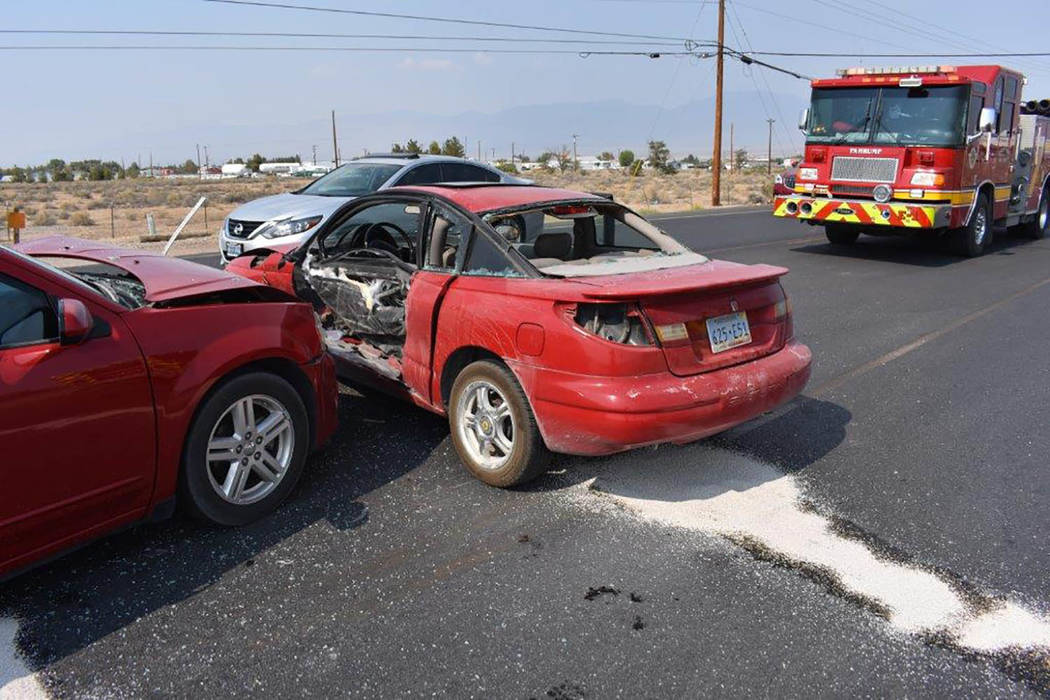 Two people were medically assessed for smoke inhalation following a structure fire on the south end of town.

“As crews were responding, they observed a large plume of black smoke rising from the south end of the valley,” Lewis said. “While en route, we received numerous reports that the structure was well involved in fire, with at least one injured person, possibly from smoke inhalation. As a result, we dictated an all-hands response.”

Upon arrival, Lewis said crews found a well-involved fire across the front of the residence.

“It was extending into the attic space and further into the occupied living space,” Lewis noted. “During scene size-up, we found dark-colored smoke emanating from the back door of the of the structure. We confirmed that all occupants were outside of the residence. We also confirmed that two occupants needed to be medically assessed. Crews commenced a modified defensive exterior attack, where they knocked the bulk of the fire down and moved to the interior to finish up the suppression. The two injured persons declined to be medically transported.”

Additionally, Lewis said the initial investigation revealed the fire started from the improper disposal of smoking materials on the front porch of the home.

“It is thought to be accidental in nature, as a surveillance system on the house supported that,” he said. “The fire had actually started 30 to 40 minutes prior to the fire department’s notification.”

Roughly two hours prior to the Paiute Boulevard fire, crews responded to another structure fire at a home just blocks away on the 3400 block of Navajo Boulevard, just after 3 p.m, where upon arrival, firefighters found light smoke conditions within the residence.

“The investigation revealed that an electrical fire occurred within a wall of the residence,” Lewis said. “It ended up being an HVAC blower motor, and that situation was quickly brought under control. The appliance was isolated, and there were no injuries.”

The following afternoon, emergency crews were summoned to South Oxbow Avenue and Highway 160 for a two-vehicle collision just after 4:30 p.m., on Wednesday, August 15.

“Upon arrival, we found an offset head-on collision with at least one person mechanically entrapped inside of a vehicle,” Lewis said. “Crews gained access to that patient via a passenger side door pop. Two patients were transported to Desert View Hospital as the local air crews were unavailable to fly due to weather conditions. All assignments were handled without incident.”