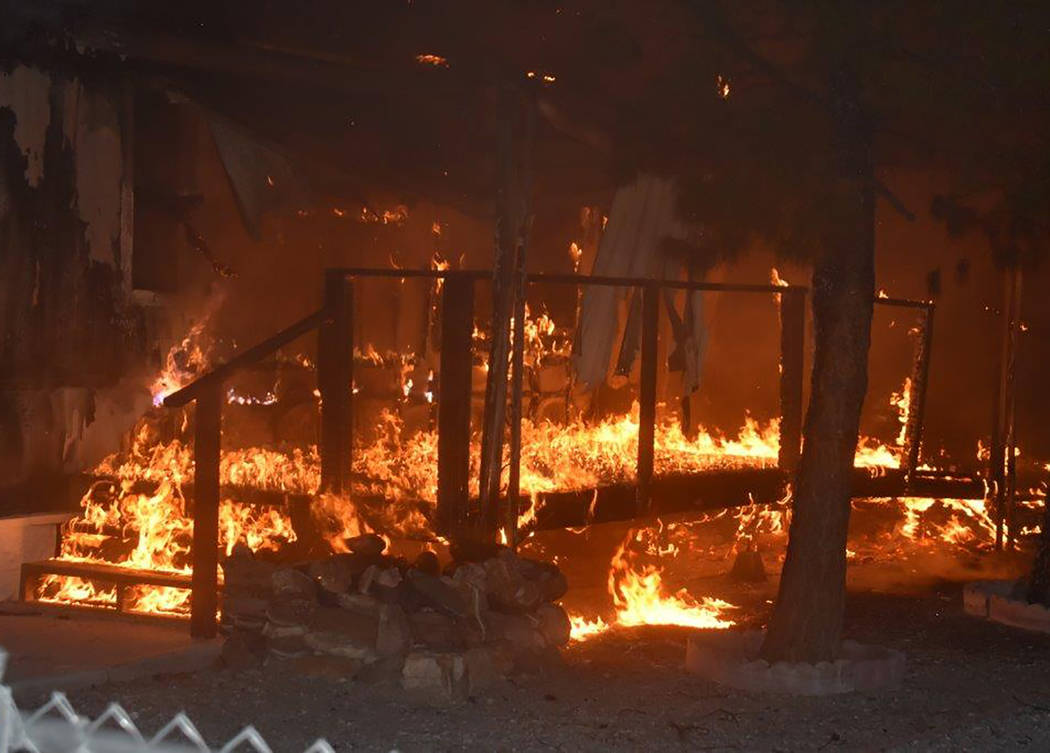 Special to the Pahrump Valley Times Fire destroyed a home in the Comstock Park community last week. Though no injuries were reported, the home was a total loss. The State Fire Marshal's office is investigating the exact cause of the 3:30 a.m. blaze. No Injuries were reported. 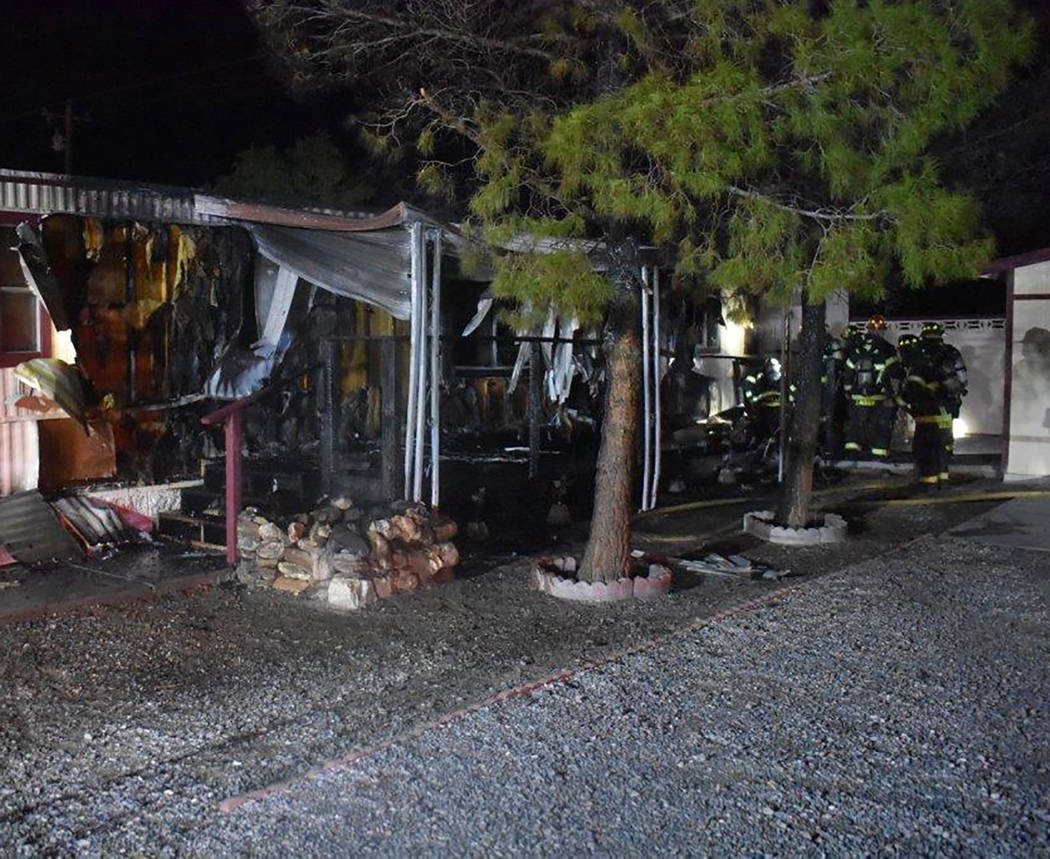 Special to the Pahrump Valley Times It took fire crews several hours to extinguish last Tuesday's structure fire. After an initial and secondary search of the residence, fire crews determined the home was unoccupied and vacant for more than a week.

No injuries were reported after a fire destroyed a home in the community.

Pahrump Valley Fire and Rescue Services Chief Scott Lewis said crews were dispatched to the residence on the 300 block of North Comstock Circle West, just before 3:30 a.m. on Tuesday, Sept. 11.

Initially, there was an unknown address, but it was later narrowed down by a sheriff’s deputy who arrived on location and found a working structure fire,” Lewis said. “Upon arrival, we found heavy fire conditions showing across the front of the building where the fire had actually extended to the interior of the structure. We protected a nearby unattached garage as well as two other single-wide structures on either side.”

Additionally, Lewis indicated that it was unknown whether the structure was occupied. “We did not know the status of the occupants so we commenced a quick, rapid suppression where we knocked down the main body of the fire, and moved crews to the interior to determine whether or not there was anyone occupying it. Our investigation revealed through a primary and secondary search, that the building was vacant. We secured the power, extinguished the fire, which is now under investigation.”

Lewis also noted that investigators have not yet determined an exact cause of the fire.

“We have a really good idea of where the fire started,” he said. “The ignition source is undetermined at this point but the cause is suspect in nature. There was power running to the building, however, it was not occupied. We were told it has been unoccupied for approximately one to two weeks.”