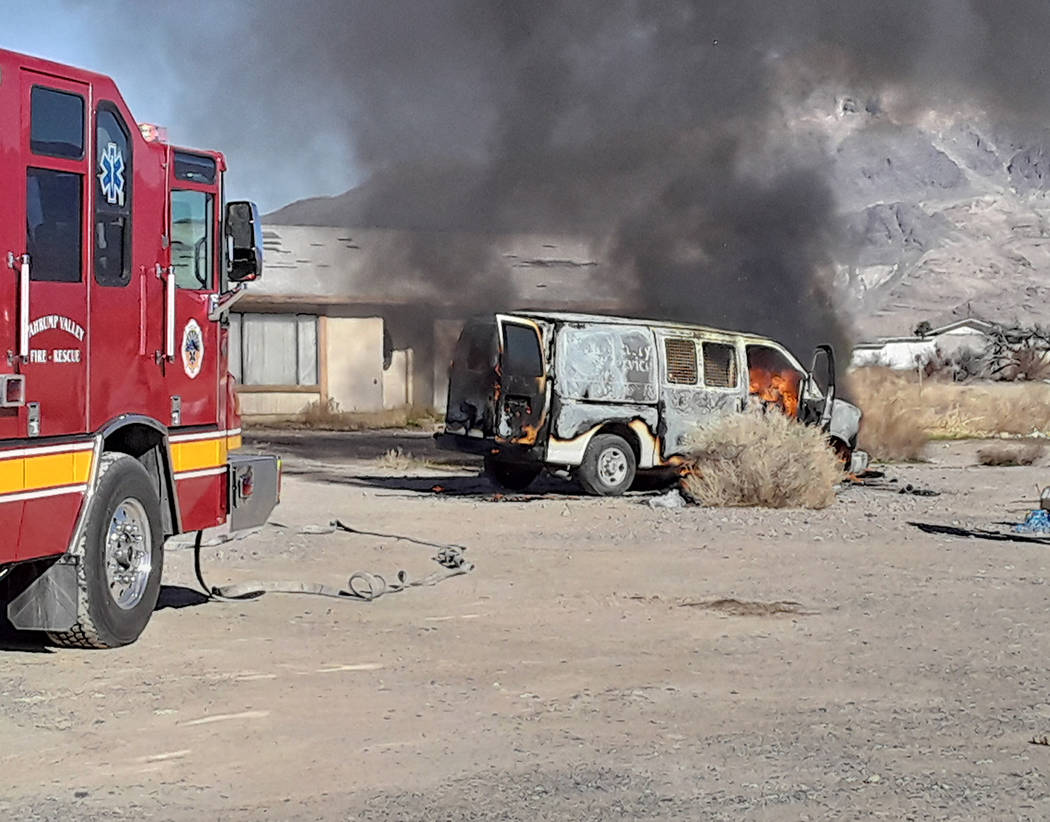 Selwyn Harris/Pahrump Valley Times Pahrump Valley Fire and Rescue Services crews responded to reports of a fully-engulfed vehicle fire on a property along the 3800 block of Blosser Ranch Road on Thursday Feb. 13. The exact cause of the fire is under investigation. No injuries were reported.

Large plumes of thick black smoke could be seen throughout the valley as Pahrump Valley Fire and Rescue Services crews managed to save a structure after a vehicle fire, which occurred at a residence on the far north end of town.

Crews were dispatched to the property along the 3800 block of Blosser Ranch Road just after 9 a.m., on Thursday, Feb. 13, to find a fully-engulfed passenger van approximately 60 feet from the home.

Once on scene, they were able to extinguish the fire within minutes, avoiding extension to the home.

In recent weeks, Pahrump fire crews were dispatched to a series of both vehicle and structure fires throughout the valley, including the Pahrump Moose Lodge, which experienced a kitchen fire last Thursday, Feb. 6.

That fire forced the cancellation of a special fundraiser for Pahrump Valley High School’s Key Club, which was scheduled on Feb. 9.