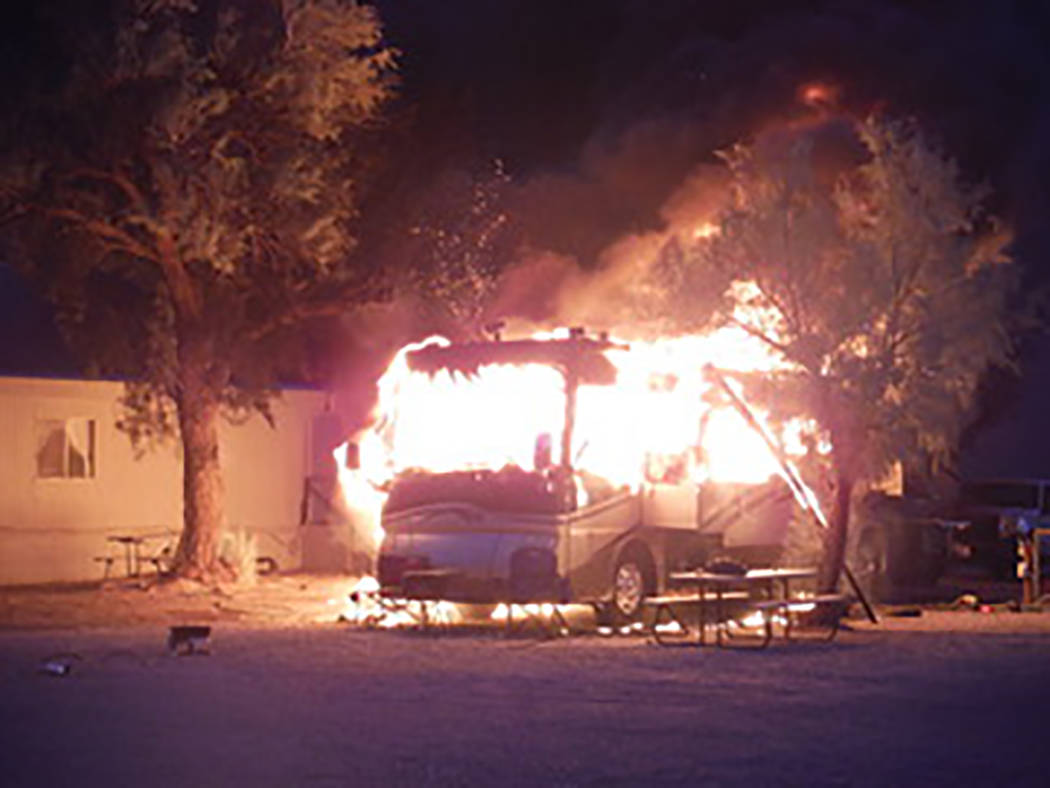 Alison Calkins/Special to the Pahrump Valley Times The explosion of the RV's propane tank shot a July Fourth’s worth of hot, glowing embers into the night sky. 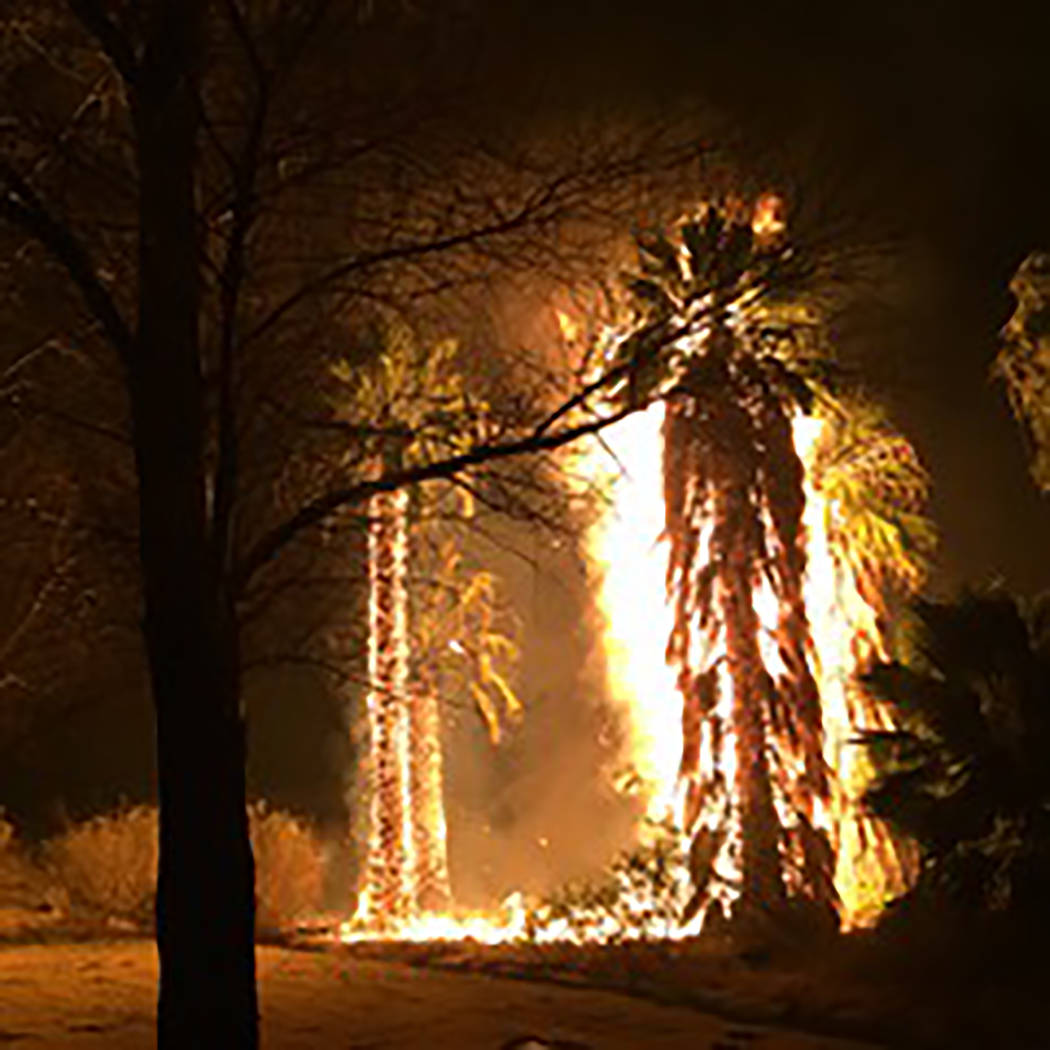 Alison Calkins/Special to the Pahrump Valley Times The Southern Inyo Fire Department fought three fires - the burning RV and a pickup truck which were parked next to the park office, and two fast-moving brush fires. 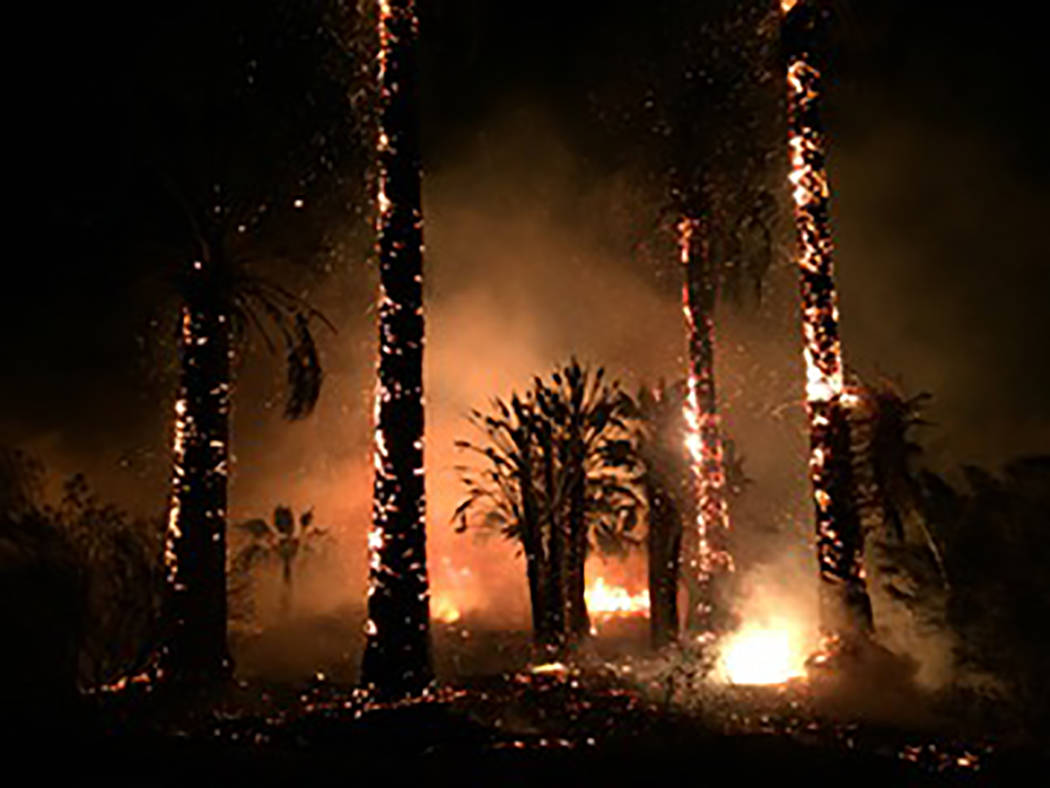 Alison Calkins/Special to the Pahrump Valley Times Southern Inyo Fire Department crews were joined by Pahrump and Bishop fire department, and all fires under control by about 7 p.m. Tuesday.

Inyo County Sheriff’s Dispatch received notification of an RV on fire in the Shoshone RV Park about 5 p.m. Tuesday.

According to the reporting party, the owners of the RV noticed smoke coming out of the circuit breaker area of their RV. The fire advanced so fast that there was no time to move the truck that they were towing with the RV, the sheriff’s office said in a statement.

Swift thinking from the private property owner whose lawn caught fire prompted him to turn on his sprinkler system, which ultimately stopped the fire from advancing toward the Shoshone Motel and Shoshone Chevron as well as other nearby structures.

There were no injuries reported, and no structures burned, only brush to the west of the RV park and brush and palm trees to the south of the RV park. Approximately five to six acres burned in total. The RV and pickup truck towed by the RV was a complete loss.

“Thank you to all agencies for their assistance and quick response,” the sheriff’s office said in a statement.