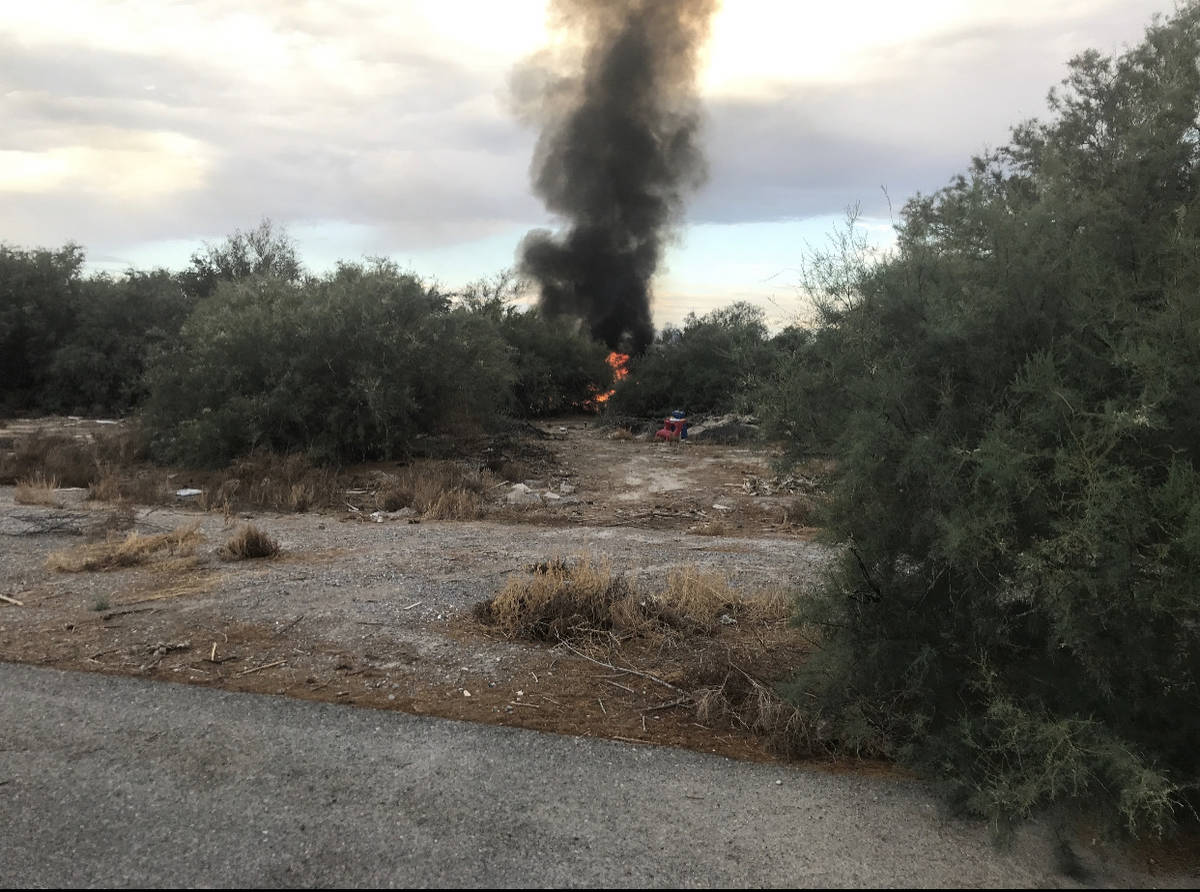 The Nye County Sheriff’s Office believes a fire on Pahrump’s south side was caused by fireworks based on evidence at the scene.

NCSO is seeking suspects after a fire erupted near Gamebird and Malibu early Sunday.

The sheriff’s office also gave a reminder to area residents that using aerial fireworks outside the launch site is illegal and is a fire risk.

“NCSO Deputies in conjunction with the Pahrump Valley Fire and Rescue will be actively investigating all fires caused by fireworks this weekend,” the sheriff’s office states. “Individuals will be prosecuted.”