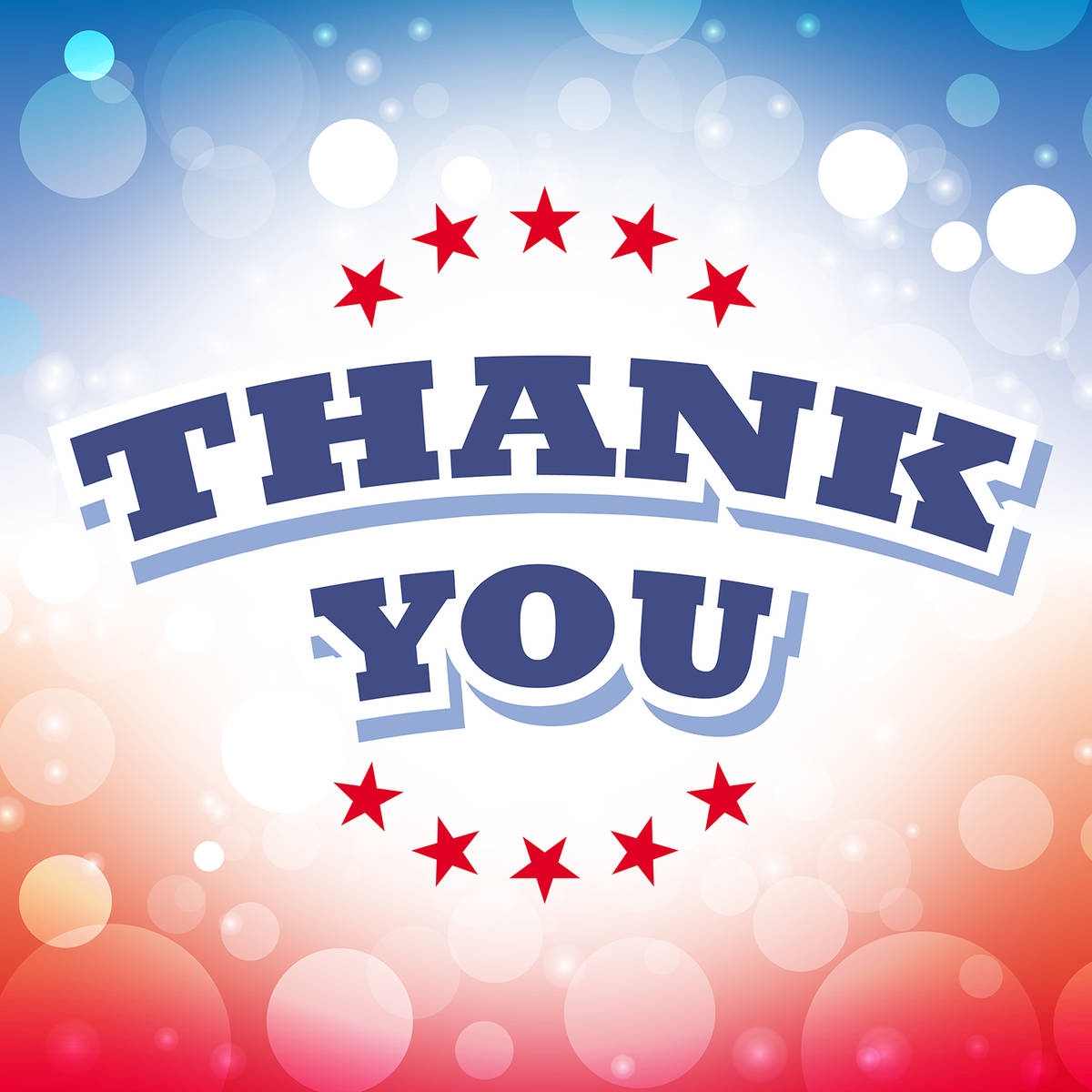 Getty Images As a method of showing support to area first responders during very trying times, a First Responders Appreciation Picnic is set for Friday, July 3 at Petrack Park.

With so much anger and vitriol being directed toward law enforcement over the past few weeks and calls to have police disbanded altogether, Pahrump area citizens are stepping forward to show that here in the valley, residents still support their first responders.

Stacie Hiebert and her husband David have been hard at work planning a First Responders Appreciation Picnic, scheduled for Friday, July 3 at Petrack Park. The event will run from 11 a.m. to 2 p.m. and area first responders are invited out for a free lunch, courtesy of the community that values and respects what those workers face on a day-to-day basis to keep residents safe.

From law enforcement officers and dispatchers to firefighters, EMTs, search and rescue, even members of the Nye County Sheriff’s Office Auxiliary, all first responders are welcome to head out to Petrack Park on July 3 to enjoy an afternoon of acknowledgement, camaraderie and good food.

“As long as they can bring an ID that shows they are first responders, law enforcement, fire, search and rescue, whatever it is, as long as that’s what they are doing, helping the community by being a first responder, then they’ll be able to eat for free!” A very excited Hiebert told the Pahrump Valley Times on Monday, June 22.

She said she is currently working to figure out if she will be able to rent the Bob Ruud Community Center for the event as well, but if that does not pan out, she will simply set up benches in the shade so the first responders and other attendees can relax and eat on site if they would like, or otherwise they can grab their meal and take it with them. On duty or off duty, it doesn’t matter, she remarked. Anyone who works in a first responder field will be given a warm reception along with a tasty meal from one of the valley’s best known food trucks, Pete’s Meats and Treats, at no charge. Other community members will also be able to get in on the feasting on July 3, as Pete’s Meats and Treats will have lunch on offer for purchase by non-first responders.

“We wanted to do something prior to this for our law enforcement but due to individuals’ fears, we weren’t able to do it,” Hiebert explained. “Then when I saw that there were people doing rallies at the corner of Highway 160 and Highway 372, I decided, we’re going to do something! And in order to show our appreciation, I wanted to be able to give back to them, showing them, ‘Hey, we do appreciate you and please come over to eat for free.’”

Hiebert stressed that the First Responders Appreciation Picnic in not being sponsored or hosted by any political organization, it has been organized by a group of concerned and appreciative citizens. The goal, she said, is to put politics aside and have the community come together to display their gratitude for all of the hard work that the first responders of this town and county do for the people every single day.

“And people need to realize, if they disband the police, it’s not only the police they are going to have to disband,” Hiebert continued. “They’re going to have to disband jails, correctional facilities, courts. It all equals into one. And think about what this country would be like if every criminal was released from prison. Everyone who had committed robbery, rape, murder, wouldn’t even go through a court system, so it would be a fend-for-yourself situation and hopefully you’re strong enough to make it. We just want to show our first responders that, even though the news says everybody hates you, it’s not true. There is a lot of love in this community for our first responders.”

Hiebert was sure to add her thanks to Pete’s Meats and Treats for being willing to serve up a limited menu of its delightful barbecue eats.

“I went over and talked to him, he was great, he said no worries, he’d be there,” Hiebert enthused, adding, “And he said he won’t charge us more than $10 per person. Right now, the money is coming out of mine and David’s pockets but we have people contacting us saying, ‘Hey, we want to help, how can we?’”

Anyone interested in helping fund the event or help out in any other way is encouraged to contact Hiebert at 775-225-3995.

“We’re really looking forward to it,” Hiebert concluded. “It’s going to be a great kickoff for the Fourth of July weekend. Fingers crossed that the whole community comes out.”