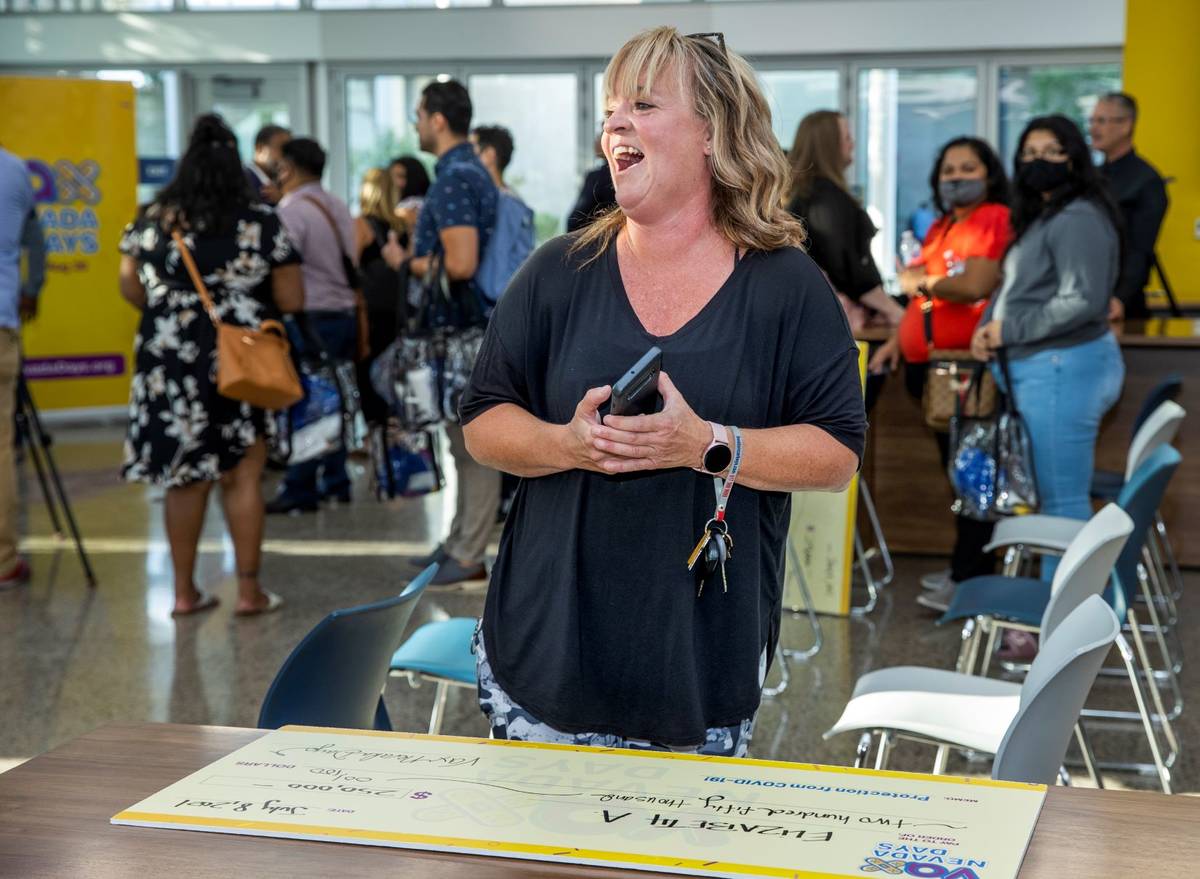 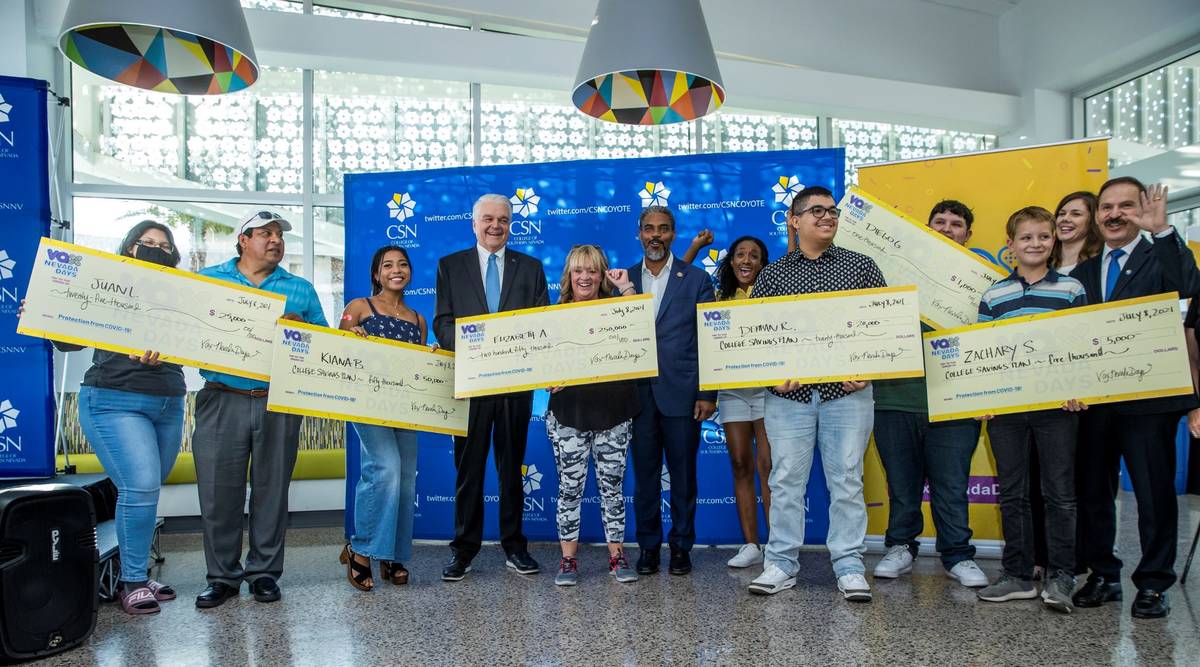 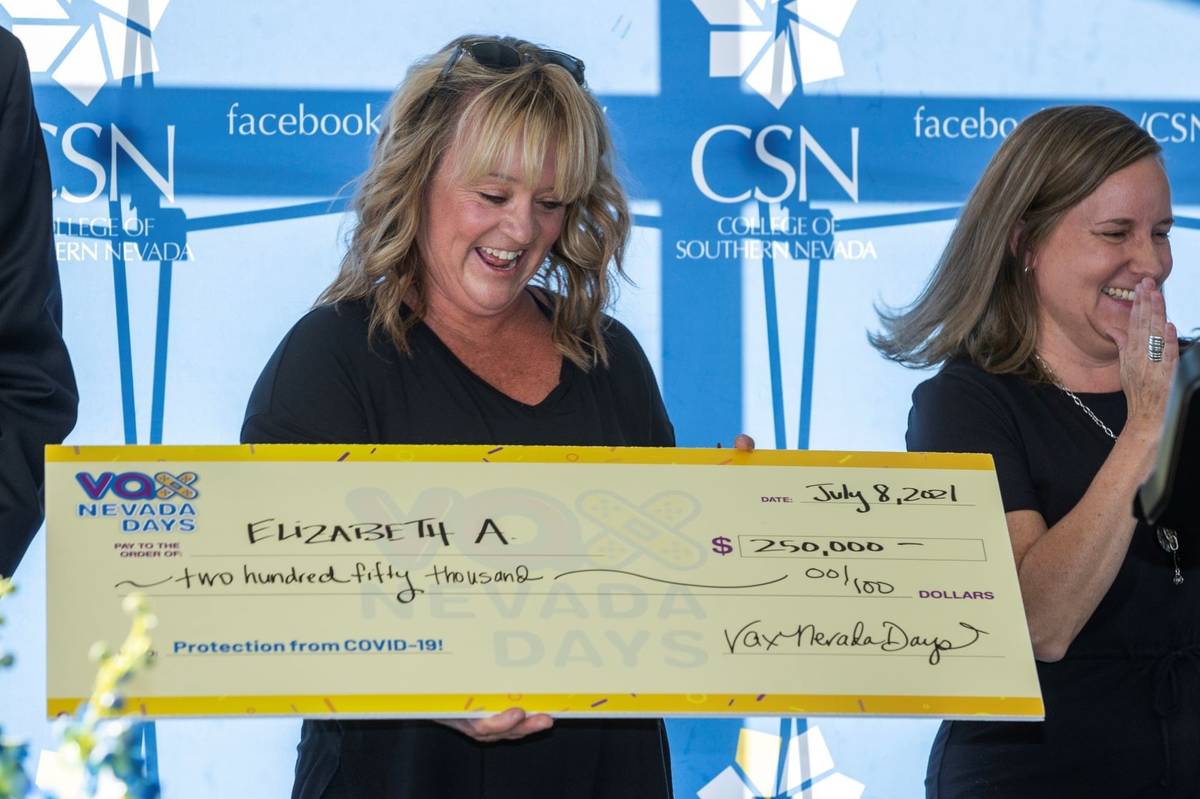 The winners of the first round of Vax Nevada Days have been announced.

On July 8, Nevada Gov. Steve Sisolak was joined by Immunize Nevada and other local and community leaders, which included Congressman Steve Horsford and CSN President Dr. Federico Zaragoza, to announce their first round of winners for Vax Nevada Days.

Vax Days is a public health incentive program that was launched last month that gives cash prices for children who are 12 years of age and up that have taken at least one COVID vaccination.

There are more than 200 vaccinated individuals ages 12 and older that were selected as the winners for the first Vax Nevada Days. There were some recipients that did get to go to the reveal, but there were winners around the state that weren’t able to make it. The winners will be announced every Thursday until Aug. 26 when they will reveal the $1 million grand-prize winners.

“State and local partners will continue to do everything we can to get every individual vaccinated, including increasing the accessibility and availability of vaccines,” Gov. Sisolak said. “But tonight we got to celebrate a program that gives Nevadans 5 million more reasons to get their shot – Vax Nevada Days!”

The following is a list of names that were read during the event. There were winners who preferred not to have their names announced or they are still being contacted about their winnings.

The next prize announcement will be scheduled for July 15. In order to be eligible to win, Nevadans must have received at least one dose of the COVID-19 vaccine. Drawings will be happening for the next seven days, the earlier Nevadans are vaccinated the more chances they’ll have to win.

Information on the COVID-19 vaccine can be found at nvcovidfighter.org or by calling 800-401-0946. For more information about Immunize Nevada and its mission to ensure that people across Nevada can access vaccines, health care, and other resources they need to stay healthy, visit www.immunizenevada.org