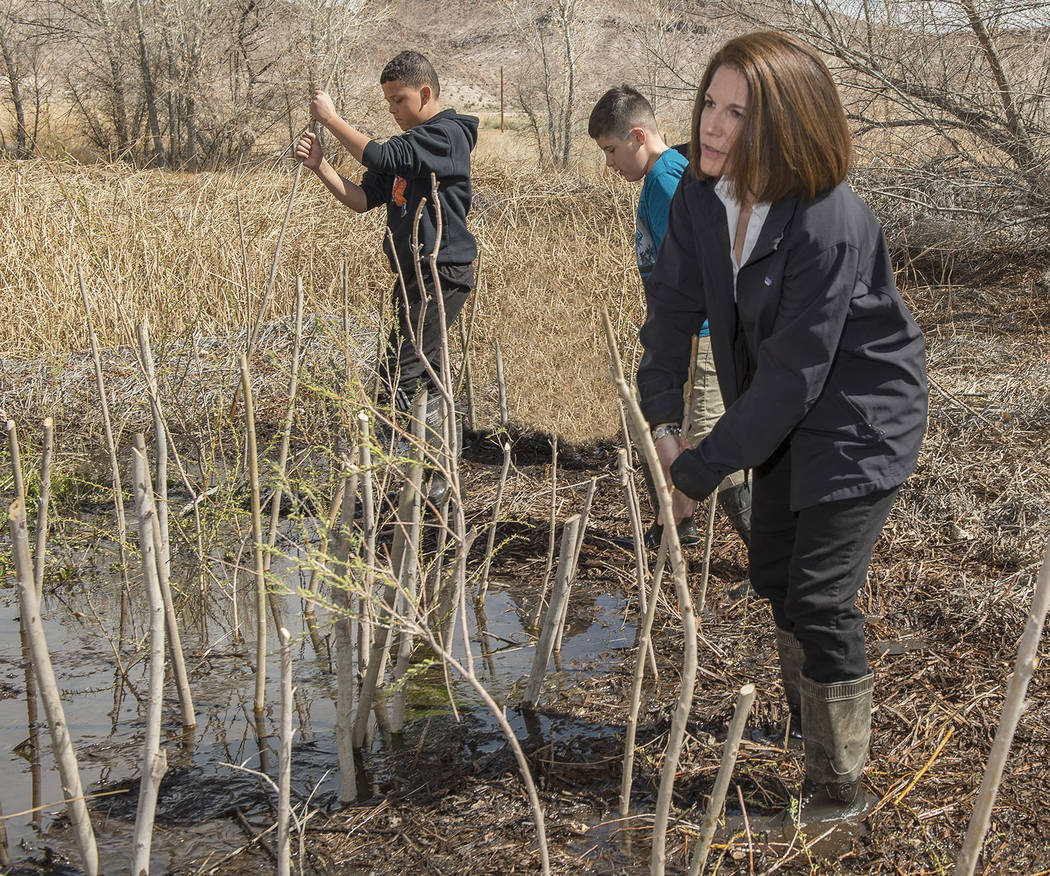 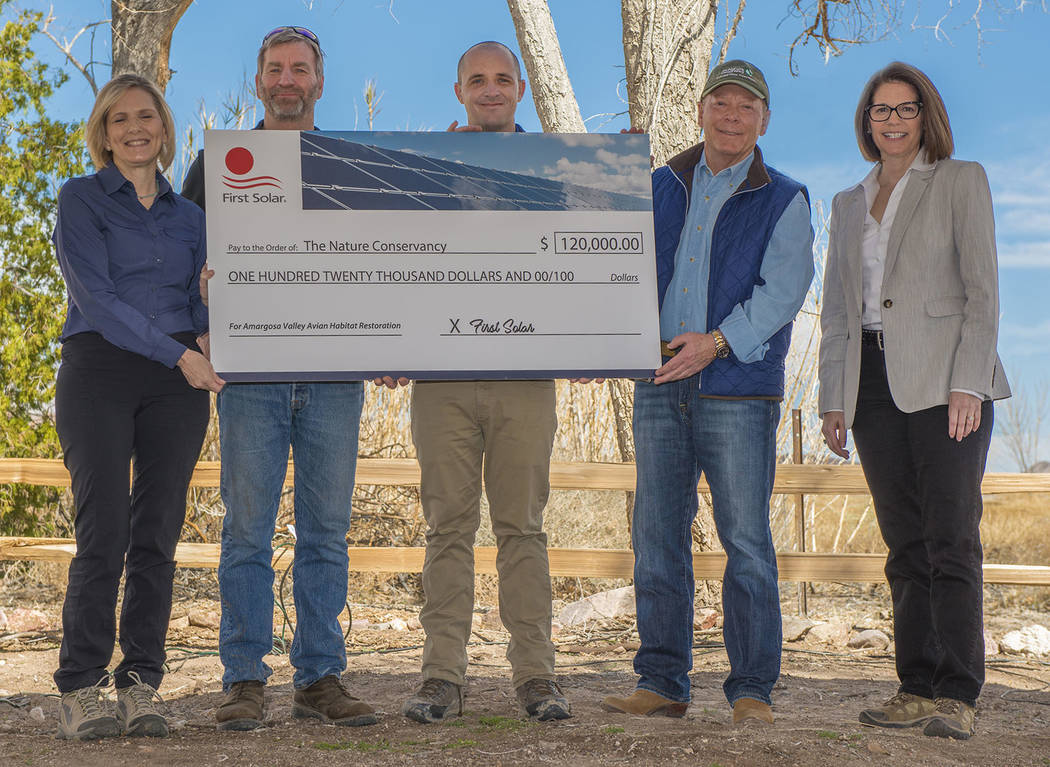 As part of the celebration, Sen. Catherine Cortez Masto, D-Nevada, other elected officials, and the sixth grade class from the Amargosa Valley Elementary school joined representatives from TNC and First Solar, community leaders and other volunteers to plant willow pole cuttings that will increase the size and density of riparian bird habitat at Torrance Ranch Preserve on the Amargosa River.

The Nature Conservancy has been working along the Amargosa River with community partners for more than three decades to conserve land and restore habitat.

“First Solar’s donation will enable us to continue and expand our work to restore and enhance a network of important habitat for the more than 225 bird species that depend on the Amargosa River,” said John Zablocki, Southern Nevada conservation director for The Nature Conservancy.

The event was on Monday, March 18.

“As someone who was born and raised in Nevada, I take great pride in our state’s breathtaking landscapes and diverse wildlife,” Cortez Masto said. “I feel lucky to have spent my childhood exploring these natural treasures with my family, and I believe all of Nevada’s children should have the same opportunity. I commend First Solar and The Nature Conservancy for making much-needed investments to restore avian habitats and for bringing us together to support conservation efforts across Southern Nevada.”

First Solar’s $120,000 donation supports efforts to restore riparian habitat along the entirety of the Amargosa River. The improvements play a critical role in maintaining and growing the populations of rare or special-status bird species such as the southwestern willow flycatcher and the least Bell’s vireo bird.

The donation has already funded bird habitat restoration work at China Ranch and will be used to implement a series of important habitat projects along the 100-plus-mile-long Amargosa River system, including at Torrance Ranch Preserve, Ash Meadows National Wildlife Refuge and multiple other sites.

“As the nation’s leading manufacturer of photovoltaic (PV) solar modules and development of solar power plants, First Solar is committed to environmental stewardship and to supporting community needs where we develop and construct our projects,” said Laura Abram, director of project execution and public affairs for First Solar.

“We are thrilled to collaborate with The Nature Conservancy on these important avian restoration projects that bring both educational and conservation benefits to Amargosa Valley, where we will soon be constructing the 100-megawatt Sunshine Valley Solar Project.”