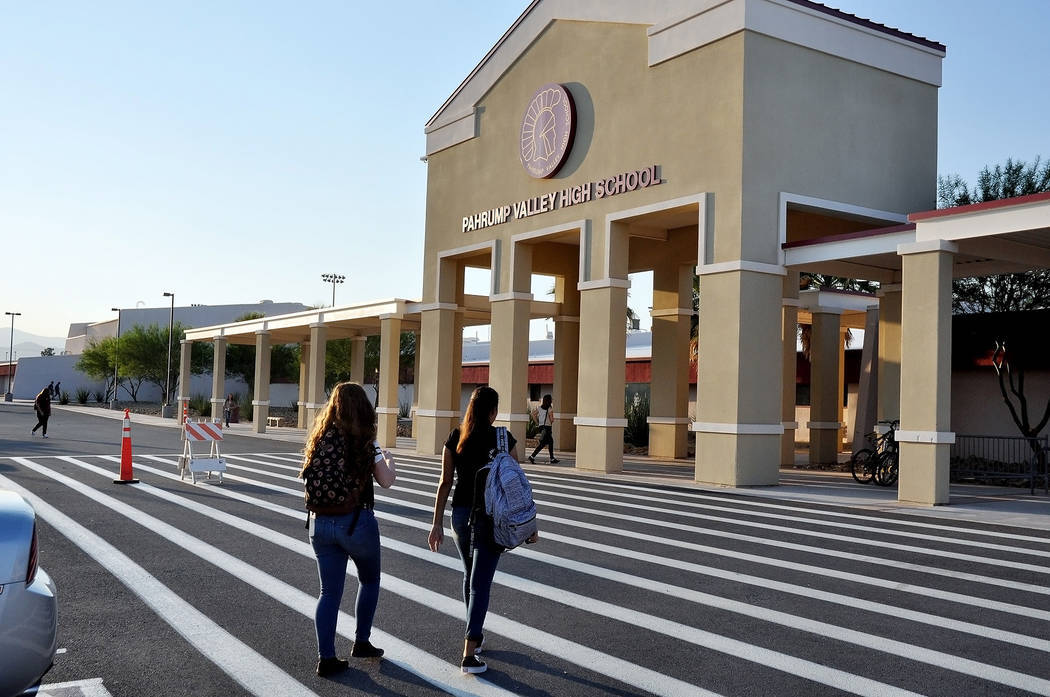 Special to the Pahrump Valley Times Pahrump Valley High School was recognized as a Shining Stars School in 2018. The high school was one of five schools in Nye County to achieve the status and 31 in the state. 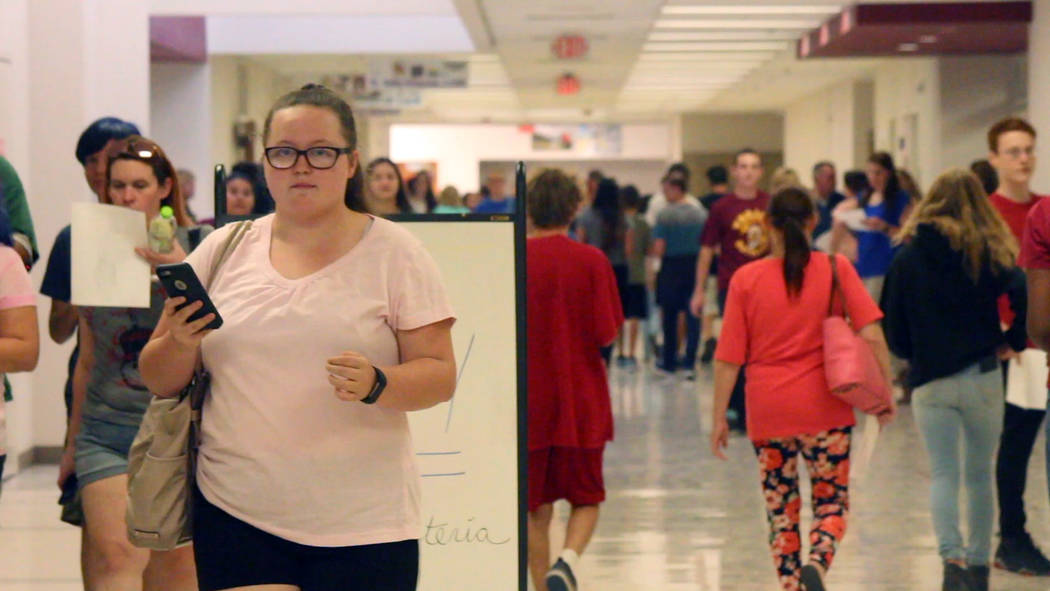 Jeffrey Meehan/Pahrump Valley Times Students walk through the hall of Pahrump Valley High School. The high school was one of five southern Nye County Schools to be recognized as a Shining Stars School in 2018 by the Nevada Department of Education. 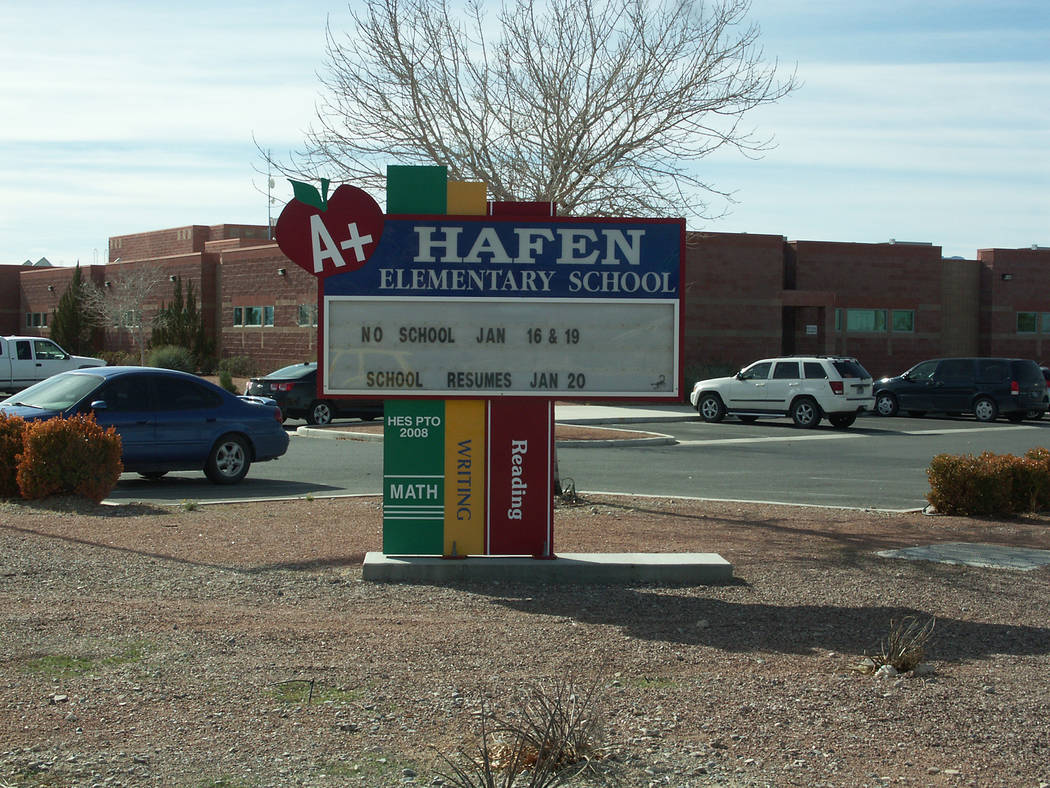 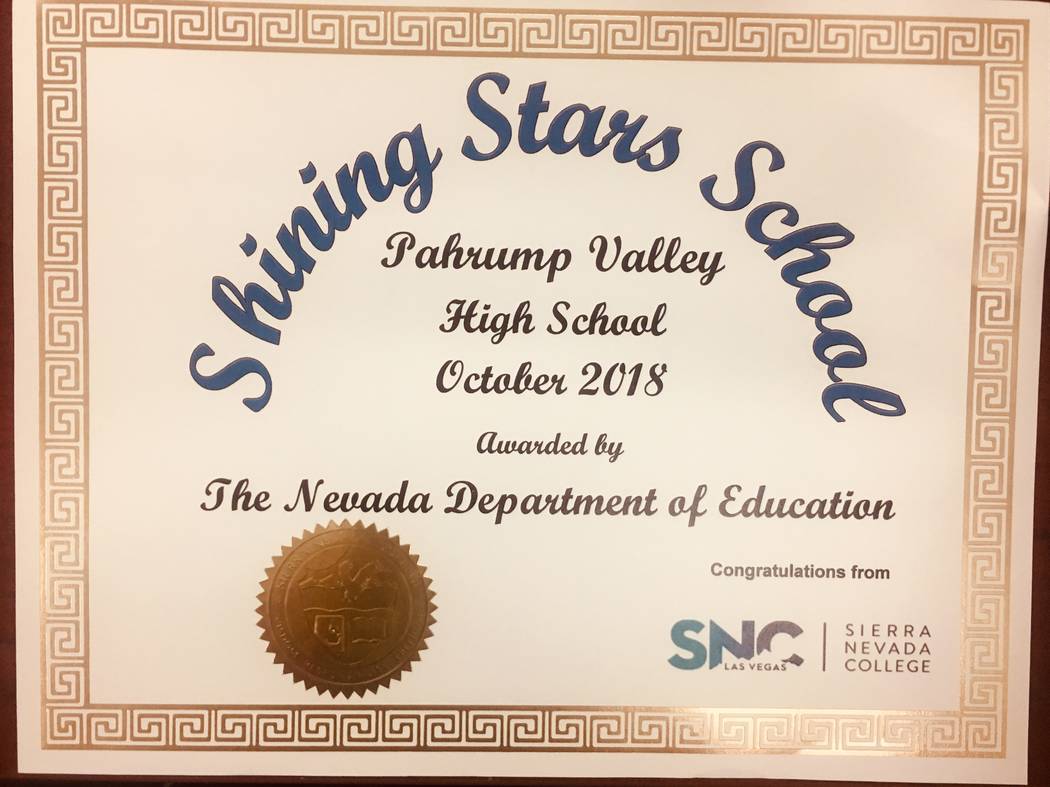 Special to the Pahrump Valley Times Pahrump Valley High School is one of several schools in southern Nye County to be recognized by the Nevada Department of Education as a Shining Stars School.

Five southern Nye County schools are being recognized for their recent high achievements.

Pahrump Valley High School, Manse Elementary School and Hafen Elementary School were among three schools in the Pahrump area that were recognized as a Shining Stars School in 2018 by the Nevada Department of Education.

The other schools in the county include Beatty High School and the town’s elementary school, according to a news release from the department of education.

“As the largest, poorest, and unhealthiest county in the state, we viewed education as an avenue to help students rise above and grow in many different ways,” Norton stated. “With teachers and leaders in the building who are learning and growing with daily time for collaboration along with great external support systems, Nye County School District is proud to have five Shining Stars schools this year.”

By definition, Shining Stars schools are high-performing schools with a high percentage of the students in poverty.

To earn the stature, schools must achieve “four-or five-star rating on the most recent Nevada School Performance Framework,” according to a release from the state’s department of education.

An elementary or middle school must also have at least 75 percent of its students qualify for free or reduced-price lunch; high schools qualify when at least 50 percent of the students are eligible.

In the county, all schools, with the exception of Pahrump Valley High School, had a poverty rate of 100 percent among the student body in each school. The high school in Pahrump had 51.7 percent of its students qualify for free or reduced-price lunches.

Across the state, 31 schools were named Shining Stars schools. Also across Nevada, 58 percent of students qualify for free or reduced-price lunches.

The schools that were recognized contain 20 elementary schools, two middle schools and nine high schools—all of which sit in three school districts in the state in Nye, Clark and Lyon counties. Only one school was recognized in Northern Nevada: Yerington High School.

Pahrump and other Nye schools

Pahrump Valley High School’s overall index score came to 70.5 out of a possible 100 for the 2017-2018 school year, where a four-star rating has to have an index of 70 or higher and be below 82. Five stars is achieved through an index of 82 or higher.

With these indexes, all the southern Nye County schools garnered four stars on the state’s rating system.

Four-year graduation rates were well above the Nye County School District’s overall percentage in Pahrump and Beatty for the accountability school year of 2017-2018. The rates were based on the 2016-2017 school year.

At Pahrump’s high school, 93 percent of students graduated during the 2016-2017 school year with 100 percent in Beatty. The four-year graduation rate district-wide was 79.3 percent.

Four-year graduation rates across the state were just over 80 percent for the 2016-17 school year.